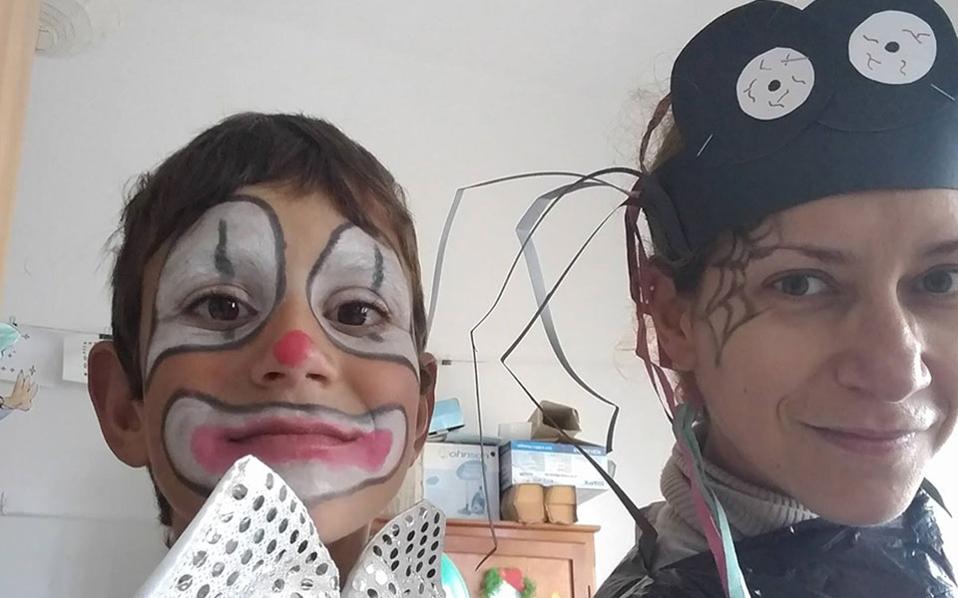 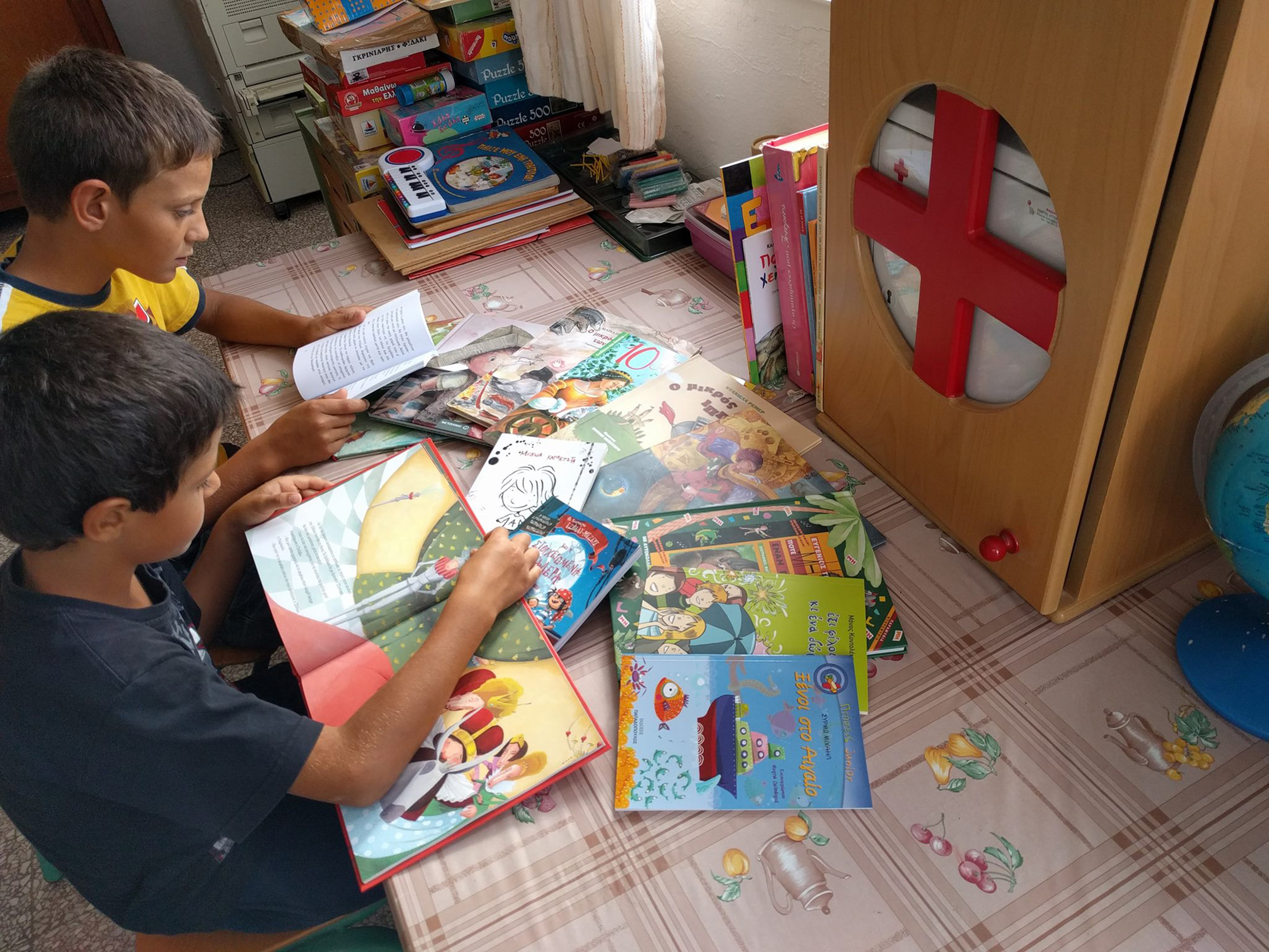 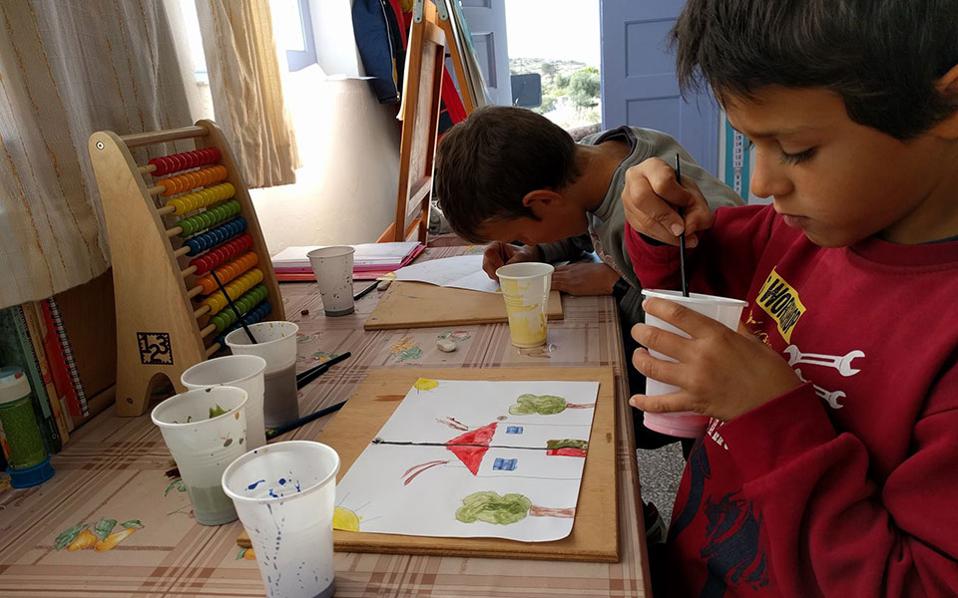 “Where are you going? What will you eat?” The reaction of her mother when she learnt the news last September was so extreme that Silia Dimitrakopoulou almost laughed. But there were other, more urgent problems. First, she had to find Arki on the map. According to the paper she had in her hands, in two days she was going to be starting there as a teacher for two elementary school pupils.

“This is how it is with substitute teachers: We get two days’ notice before our next appointment,” says Dimitrakopoulou. “The joke is that last year I was serving in Ekali! I had never even heard of Arki. That protected me in a way, although the look on the face of my colleagues when they heard where I’d be going said it all.”

The sparsely populated eastern Aegean island harks to a bygone era in Greece. The first shock came when she got off the boat on the small. “There were 20 people at the port saying, ‘Welcome, teacher.’”

“Since that day, I’ve forgotten my name. Here, I’m ‘the teacher.’ On the street I’m greeted with ‘Good morning, teacher.’ It was like I was suddenly in the 1950s. I’ve felt that very strongly since then. We city folk don’t understand how people live in such places, depending entirely on a single ferry service for everything.”

According to the most recent census, 44 residents live on Arki, but Silia estimates there are no more than 36. “Many of the elderly residents don’t leave their homes. I have never seen them. There are no young people apart from my students. Others never come down from the mountain; they think it’s too far. For most, Patmos is like a transatlantic journey.” On the island there is nothing, no kiosk, grocery store, bakery or cafe. There are no police, no priest and no doctor. “We call Patmos for everything. ‘Gerasimos, send a packet of spaghetti.’” Naturally, the area is not connected to the internet. Getting online involves using a wireless adapter.

But Arki is home to Christos and Panayiotis, siblings and the island’s only schoolchildren. “Officially the only student is Christos. Panayiotis finished elementary school last year, but since there is no middle school and he can’t come and go from Patmos (Arki falls under the administration of Patmos) I give him some classes in order to be able to send him there next year.”

They are the only children of the island and their parents are the youngest inhabitants, cattle farmers who live in a remote spot on the mountain. Their two older brothers dropped out after elementary school so they could help with the livestock (there are no girls on Arki).

“It is very humbling to think that the same future awaits them. The hardest thing is that they are two very smart kids. Here, I realized that public education ultimately doesn’t serve everyone,” she says. Together they have done amazing things, from a parade with just the three of them on the October 28 national holiday to Carnival dances.

In the 24 weeks that Silia Dimitrakopoulou has spent on the island, there have been moments when rock fever got the better of her. “But I get over it. I have found unlimited love, a second family here. The people give me so many things: greens, eggs, roosters, meat. They have welcomed me in a way that I never expected to experience. I have also learned that there is a solution for every problem. Sometimes you feel smothered, but there is a great deal of solidarity. One of us goes to Patmos and runs errands for everyone else. The island is also very beautiful. We are isolated – I read all the time, and I’ve gone through my entire movie collection – but I can tell you that I would stay here another year – most of all to see how the children get on.”

Kids have so much homework, even parents are complaining

On Greek islands, children of war hungry for school