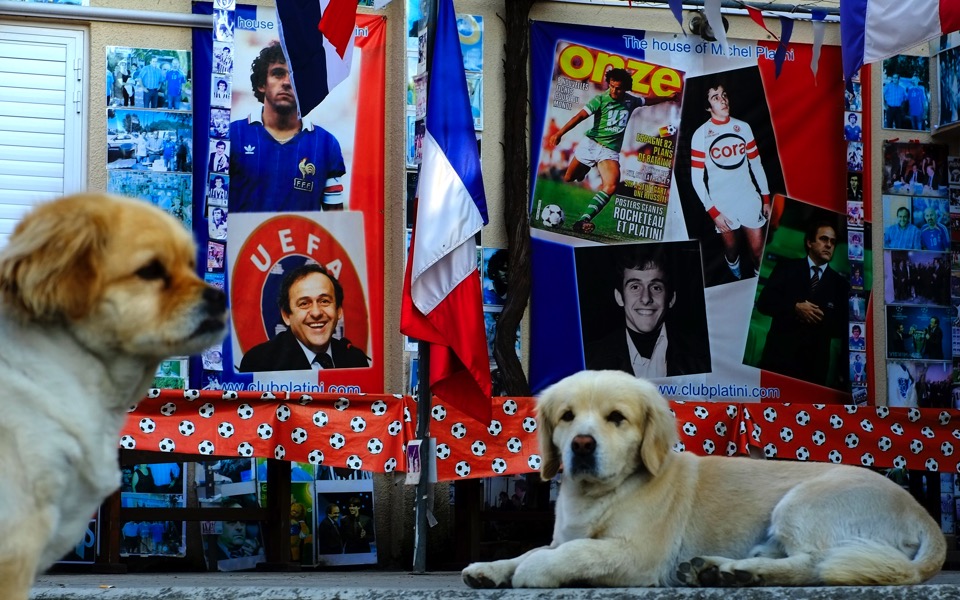 Dogs sit near pictures of the French former soccer player and administrator Michel Platini in a museum dedicated to him, owned by Philippos Stavrou Platini, who legally adopted his sports hero's surname, in Mosfiloti, Cyprus. 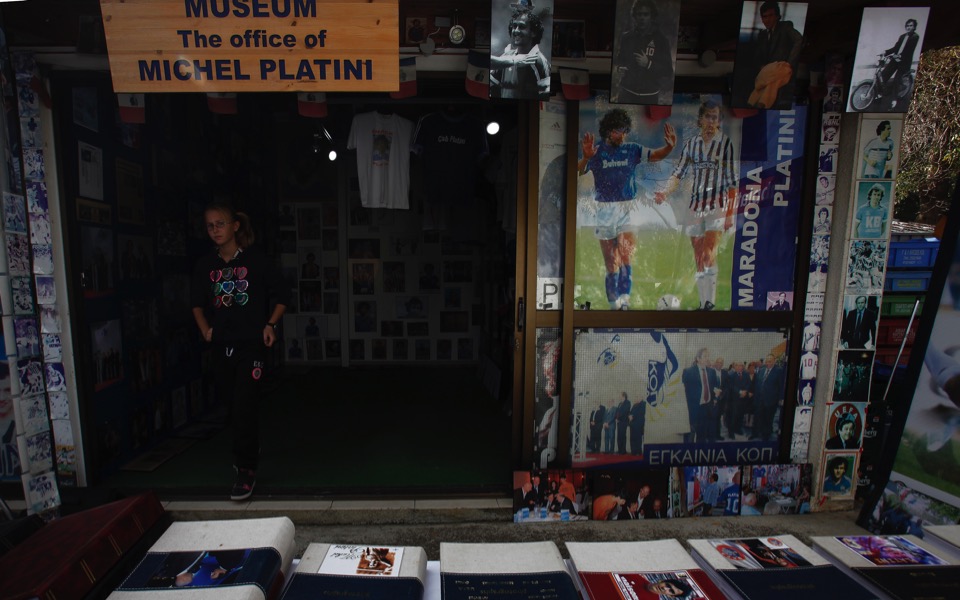 A woman walks by the memorabilia in a museum dedicated to UEFA president Michel Platini, the French former soccer great, owned by Philippos Stavrou Platini, in Mosfiloti, Cyprus. 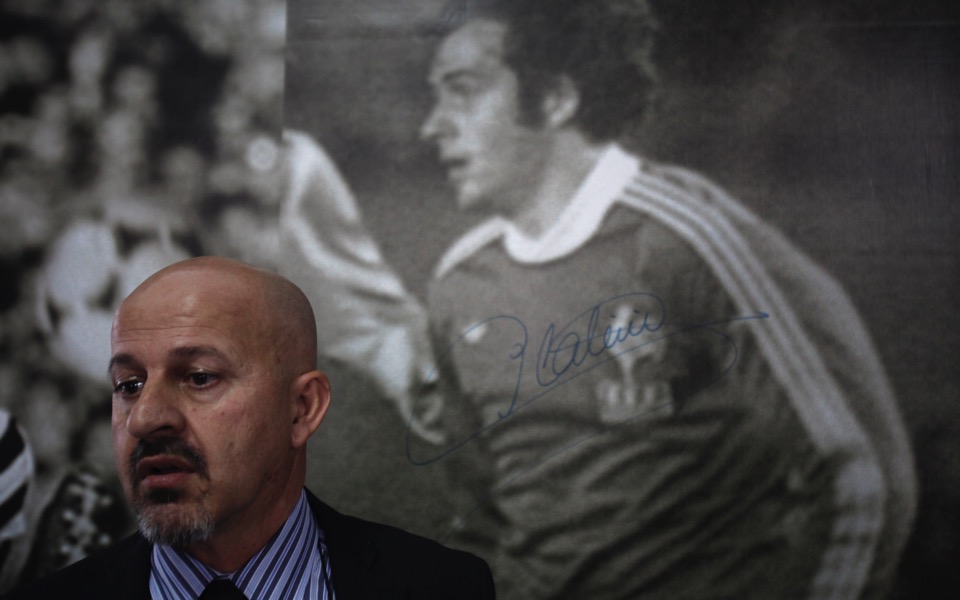 MOSFILOTI – A Cypriot fan of former soccer player and administrator Michel Platini renewed a bid Sunday to be entered in the Guinness Book of World Records for the biggest collection of Platini memorabilia.

Philippos Stavrou Platini – yes, he legally adopted his sports hero’s surname – said he has nearly doubled the number of items he owns from the Frenchman’s days as a player and as president of European soccer’s governing body, UEFA, to 41,630.

Stavrou Platini said that losing the record to a Brazilian collector four years ago made him more determined to be crowned the king of all things Platini.

The centerpiece of his collection is the official UEFA suit Plantini wore for years at official functions and gave to his Cypriot admirer as a gift in 2010, a year after visiting The House of Platini in this small village outside Cyprus’s capital, Nicosia.

The museum, which doubles as a kebab taverna in the evenings, teems with collectibles, including 13 jerseys signed by Platini himself from his former teams: Nancy, St Etienne and Juventus.

Stavrou Platini, who started his collection 30 years ago, also has what he says is an extremely rare banner from the tragedy-stricken 1985 European Cup final between Liverpool and Juventus. Thirty-nine people were killed when a wall at Belgium’s Heysel Stadium collapsed.

“I wouldn’t sell any part of my collection, not even for millions,” Stavrou Platini, 55, told AP. “This is my life. It’s like an illness.”

He said he’s aiming for two Guinness records, one for most sporting memorabilia and the other for most soccer memorabilia.

Two members of Cyprus’s Parliament on Sunday certified Stavrou Platini’s collection, which will be sent to Guinness judges for verification and approval.

Stavrou Platini said his fascination with Platini began during his own days as a professional soccer player, when some likened his playing style to Platini’s. As for Platini’s fall from grace, the Cypriot said he doesn’t believe a word of it.

Platini was handed a four-year suspension for soccer-related activities in 2016 for conflict of interest over a $2 million payment he received in 2011 from FIFA. Stavrou Platini chalked the suspension up to the machinations of his idol’s enemies who opposed his reforms.

“It was a perfectly set trap for him and unfortunately it worked,” Stavrou Platini said. “Whether they like it or not, Platini is a legend.” [AP]

Chance to save ancient language