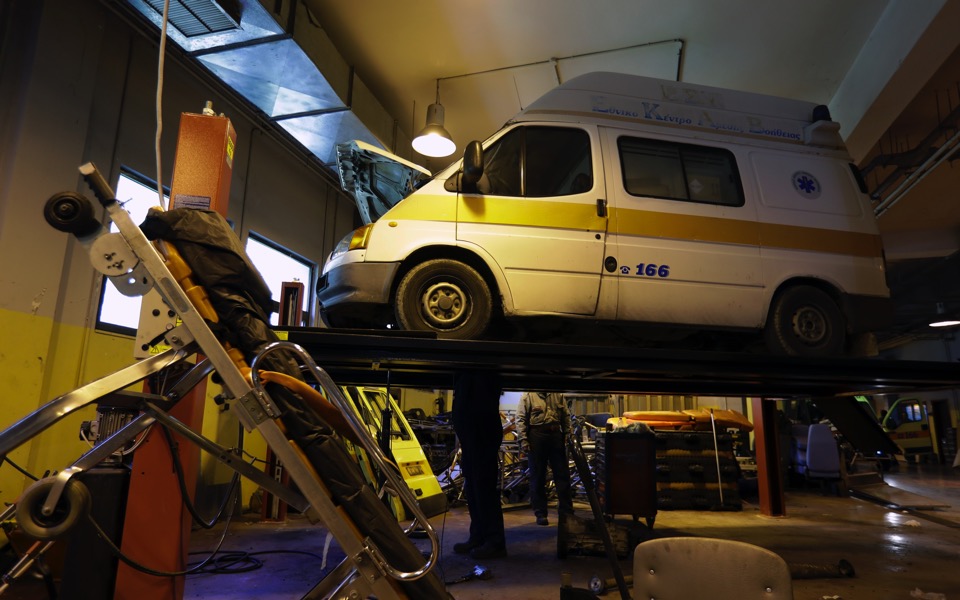 Greece’s financial woes have clobbered spending on state-provided health services, even as demand has spiked because fewer Greeks can pay for private treatment.

Some of Athens’s ambulances have up to 1 million kilometers (620,000 miles) – nearly three times the distance to the moon – on the clock, and about half are idle because of a lack of spare parts. At night, fewer than 40 vehicles cover a population of more than 4 million.

Paramedic Dimitris Dimitriadis says the service is obliged to respond to every call it receives, even if the callers are just taking advantage of a rule that patients brought to hospitals by ambulance jump the line for treatment.

"But then you also get elderly people who can’t afford a taxi fare to the hospital, so they call an ambulance," he said, driving toward a reported suicide in central Athens. Upon arrival, the crew was told that the injured person had been taken to a hospital by relatives.

Unions say rescuers do their best against the odds, focusing on getting urgent cases to emergency treatment within minutes of receiving a call. But other patients, who may still require hospital treatment, can end up waiting well over an hour.

Athens ambulance workers’ union leader Giorgos Mathiopoulos says about 70 of the capital’s 140 ambulances are out of action, and the fleet needs to be doubled in size.

"Up to 30 percent of the immobilized ambulances can’t be repaired" and many are stripped for parts to keep others going, Mathiopoulos said.

"When were trying to get to an incident as fast as possible … and the ambulance has that many kilometers on the clock, it’s a worry."

Government health officials say they want to make the service more efficient and order new ambulances, while the private Stavros Niarchos Foundation in April provided a 14 million-euro ($15.6 million) grant that will pay for 143 new ambulances nationwide and digitize the Athens call center that receives about 1.7 million calls annually.

Greece has deeply cut state spending, hiked taxes and slashed pensions under the terms of its international bailout program. The country has relied on rescue loans from its European partners and the International Monetary Fund since 2010. [AP]

‘They stole my money’: Greek dreams of retirement turn sour

As austerity digs in, Greek courts are battleground on foreclosures