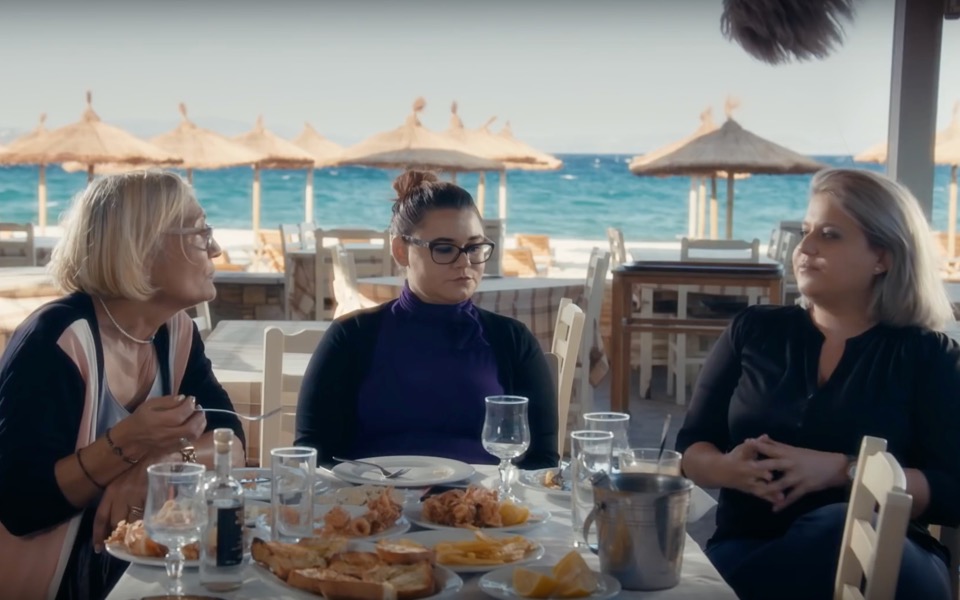 The director prefers to let the material speak for itself – and the subjects to expose themselves without being tripped up. 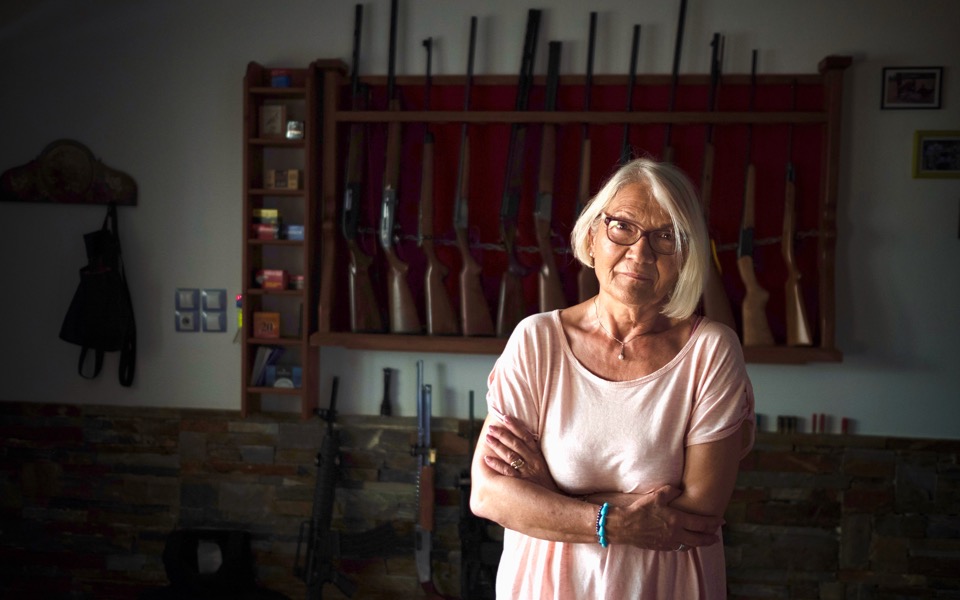 The Norwegian filmmaker achieved something many have tried and failed at: getting unprecedented access into the private lives of key members of a party that stands accused of orchestrating dozens of brutal attacks against migrants and detractors, but also of murder. 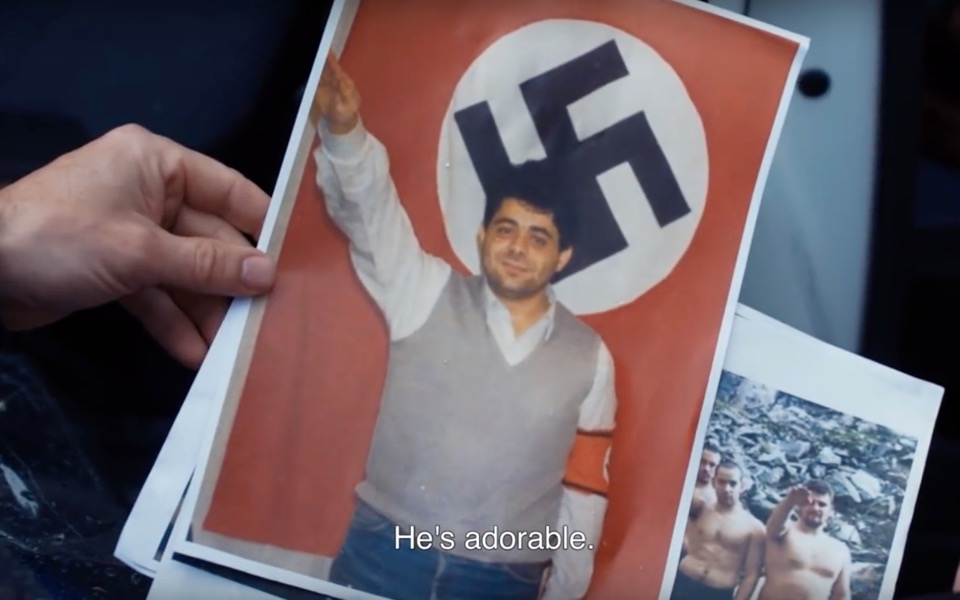 ‘I think he liked that period of history but, no, I don’t think he’s a Nazi,’ Ourania Michaloliakou says in reference to her father. 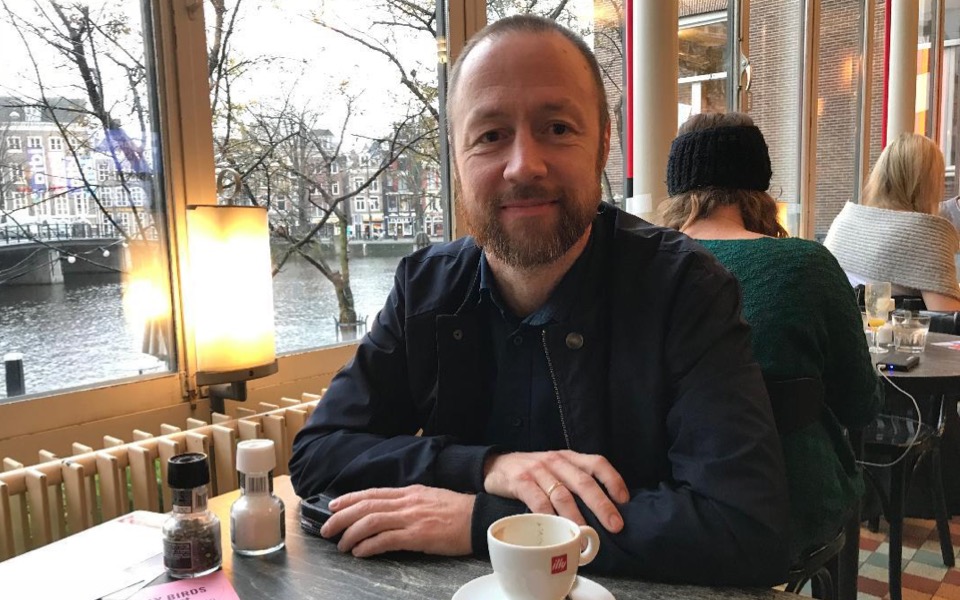 “I am overwhelmed by all the attention ‘Golden Dawn Girls’ has gotten already. Right now I need to have full focus on everything that needs to be done for the premiere in Amsterdam, but as things look now we’ll be able to show the film in Greece in 2018,” says Havard Bustnes, a Norwegian filmmaker who has been inundated by interview requests from Greece since the release of the trailer for his new documentary on the women behind the men of Greece’s far-right party.

The reason for this attention is that Bustnes achieved something many have tried and failed at: getting unprecedented access into the private lives of key members of a party that stands accused of orchestrating dozens of brutal attacks against migrants and detractors, but also of murder.

Kathimerini traveled to Amsterdam for the documentary’s premiere, but also to speak to the filmmaker who dedicated four years of his life to this project.

“When I was a kid I used to come to Greece for holidays and for a guy from the cold north your country was like a paradise,” says the 44-year-old filmmaker. “When I learned that Golden Dawn were the fifth biggest party I was shocked and I really wanted to understand more about it.”

Bustnes knew that getting access would be tough, but he was lucky. Christian Falch, a close friend – and one of the documentary’s co-producers as it turned out – had just finished filming a music documentary called “Blackhearts” on the Norwegian heavy metal scene. One of his subjects was Giorgos Germenis, the 39-year-old musician and a prominent Golden Dawn MP who goes by the moniker Kaiadas (after the bottomless pit the ancient Spartans were said to toss their unfit children and enemies into). Falch’s crew had already spent a lot of time with Germenis and his family, so when the Greek MP was imprisoned as part of the ongoing trial against Golden Dawn, he and Bustnes approached Germenis’s wife with the idea of making a documentary about the women in the party. Evgenia Christou agreed without hesitation.

“She never asked anything about me, much less my political position,” says Bustnes.

The Norwegian filmmaker was warned by several journalists to tread cautiously as soon as he embarked on the project. We see him in the film trying to pass unnoticed as much as possible, often dressing in black – Golden Dawn’s color of choice. He is not always welcome and on several occasions is seen being ordered to switch off the camera while filming at party headquarters. Christou intervenes: “He wants to show that we’re regular people, with families.”

“Are you sure it won’t be shown on ERT or something?” Ilias Panagiotaros, another prominent party official, asks her in reference to Greek public television. “Come on, he’s Norwegian,” she responds.

Christou introduced Bustnes to Dafni Iliopoulou, the mother of indicted lawmaker Panagiotis Iliopoulos. At the home where the MP grew up, beside a swimming pool flanked with pseudo-Grecian statuary, she explains that she spent years supporting the socialist PASOK party before joining Golden Dawn, “the only nationalist party in Greece.” We see her later in the film dusting her collection of rifles and teaching her grandchildren how to hold a gun (using a replica), while offering her explanation of the accusations against the party: “[Former prime minister Antonis] Samaras went to a Jewish council in America and they told him to take down Golden Dawn at any cost.” “Let’s not kid ourselves; we’re being tapped through our phones as we speak,” she warns at another point, bringing up another conspiracy theory.

Access to the third protagonist, Ourania Michaloliakou, the outspoken daughter of party leader Nikos Michaloliakos, took a little longer but appeared relatively simple. “It took at least six months before we even met her. I didn’t pitch anything. She never asked. At some point she just accepted,” says Bustnes.

Gaining her trust also took a while.

“It was funny, because at the beginning we were only allowed to film on the first floor of the headquarters. I think it was a matter of them wanting to have control of the filming. But slowly we got access to the second floor, afterward the third and the fourth, and in the end we filmed Michaloliakou with her father on the fifth floor in his office,” he adds.

Bustnes’s camera also follows the subjects into their homes, to their meetings with lawyers and on prison visits. Throughout, the filmmaker asks them tough questions about the trial and the party’s fascist ideology.

The filmmaker admits that the process was a constant tug-of-war with the subjects, and especially Christou, who wanted to have control over filming. In one scene we see Bustnes losing his patience when she staunchly denies an event that has been captured on video: “I saw it on the internet (…) is that something you didn’t want me to see? You want me only to see the good things, pictures of babies?”

There is a similar confrontation with Michaloliakou toward the end of the film. That filmmaker-subject relationship was complicated from the get-go. “She is the daughter of the chief; I have to be careful with my words,” Bustnes tells viewers as he steps into her apartment for the first time. Michaloliakou introduces him to Candy, a small white dog dressed in a white tunic with red bows, and shows him her collection of Disney movies and board games.

“This is what we, the bad fascists, do. Sorry to ruin the myth,” she says. But the camera also captures her saying things like “We’ll drink their blood with a straw” when talking about party detractors or professing that she knows one of the witnesses who said she had been attacked by members of Golden Dawn is lying because “she wouldn’t be able to talk if she’d been punched by one our men.”

Bustnes remembers that the impression he had when he first met Michaloliakou was that she wanted a regular life and didn’t want to be an active part of Golden Dawn. “She was studying psychology and told me she wanted to go and study in Britain. She wanted to leave Greece,” he says. By the end of filming, he had changed his mind entirely.

In one scene, he shows her photographs of her father giving the Nazi salute in front of the Third Reich flag. “I think he liked that period of history but, no, I don’t think he’s a Nazi,” she tells him. “Do you really believe that or is it a lie you tell yourself? You know, Ourania, you can love him and still say that you don’t support that part of him,” counters Bustnes, to her obvious annoyance.

“I support everything about my father. I support every single part about what he thinks, believes, does,” she says with an icy edge to her voice. The filmmaker persists, asking if she also supports the Nazi ideology and other uncomfortable questions, until Michaloliakou walks away.

“Because we worked with her for so long, I really hoped there was something under the mask, that she could distance herself from her father. I hoped that she could say it – and she didn’t. Golden Dawn is her life,” says Bustnes.

That scene was the last time he saw or spoke to Michaloliakou. Earlier this month he sent her a copy of the film but never got a response. Only Evgenia Christou sent him a few messages. “She was upset. I think she had hoped that this film would convince everyone that her husband was innocent. I couldn’t make that film,” he says.

We talk about the trial. Bustnes has been to the specially designed courtroom at Korydallos Prison twice and hopes to get permission to film a session at some point. I ask him whether he thinks Golden Dawn is guilty as charged. “I’m not an expert, so I can’t have an opinion on such a legal matter,” he says. “But of course you need a trial. Of course it’s important to have this trial.” Would you go testify if asked? “If I could, yes,” he answers, laughing yet somewhat surprised at the question. He explains that culpability was not what he was trying to explore with “Golden Dawn Girls.”

Bustnes spent four years traveling between Greece and Norway for the film. The general elections of 2015 was one of the most intense periods he experienced. With the men in prison, he witnessed the three women coming out of the shadows and assuming a leading role in the election campaign, becoming dangerously powerful.

“We are like steel: The more you strike it, the harder it gets,” Christou tells supporters in a speech.

“My son is in prison. He couldn’t be here to talk to you,” Iliopoulou tells shoppers as she hands out fliers at a farmers’ market. “It’s better he’s not here and can’t kill us,” says a passer-by. Later, at a taverna, a man comments that the party’s spokesman, Ilias Kasidiaris, has a reputation for using his fists. “We need someone like Kasidiaris with this lot. My son is soft,” she says.

Iliopoulos was one of the perpetrators of an attack against foreign vendors caught on camera at a farmers’ market in Rafina in September 2012 and is seen bullying them and smashing their stands with particular ferocity. “Can you describe what your son is doing here?” the filmmaker asks her as he shows her the footage.

“He’s asking to see their papers and even thanks them (…) and because they’re illegal and selling counterfeit products, he demands their license and then the others with him overturn a stall. That’s all,” Iliopoulou replies.

Bustnes prefers to let the material speak for itself – and the subjects to expose themselves without being tripped up. In another scene, we see Iliopoulou telling a taxi driver that if someone accused her son of being a Nazi, he would get angry and may even “give them a slap.” In the next scene, we see older footage of Iliopoulos explaining to journalists that the reason why he has “Sieg Heil” tattooed on his arm is that he likes the font. The audience, needless to say, laugh out loud.

“Why do you think they try so hard to hide the fact that they’re Nazis?” a member of the audience asks the filmmaker at the Q&A after the screening. “I think they are pragmatic, they want votes, and they understand they need to hide it,” answers Bustnes.

‘This is not a life,’ say migrants stranded on Greek islands

The ghosts of Thessaloniki are still here

US sees Greece as pillar of stability in the region

The cameras have left Lesvos, but bitterness remains