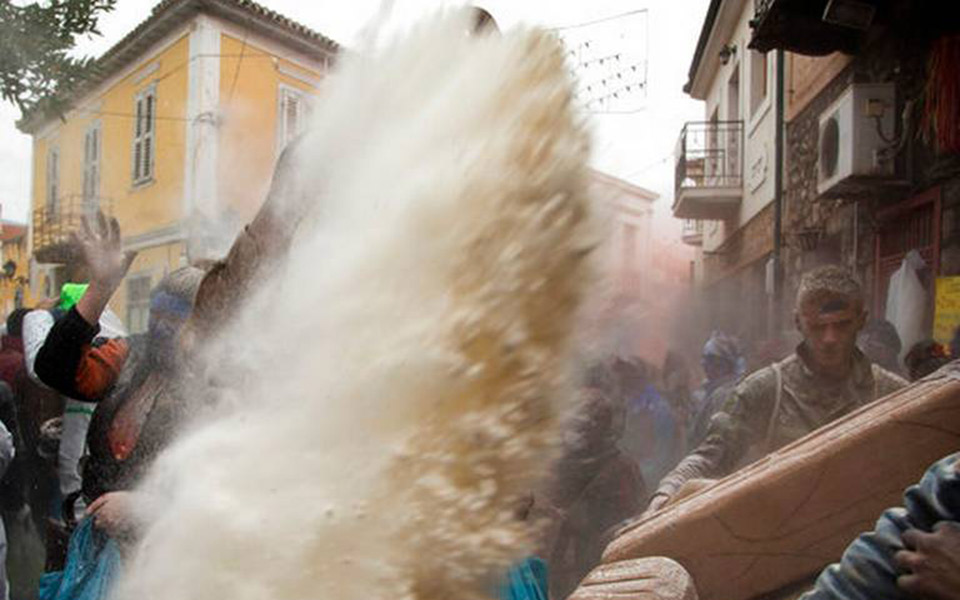 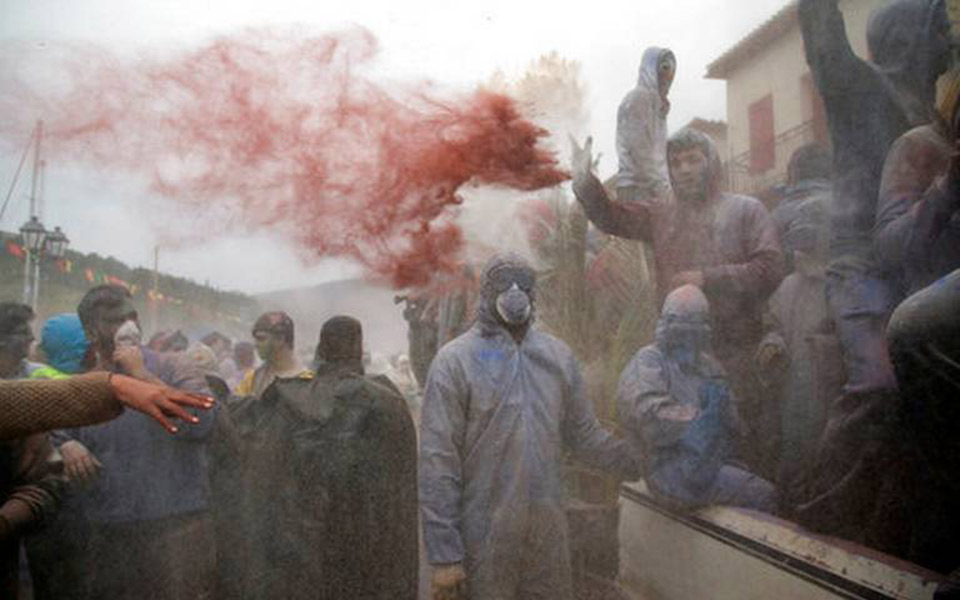 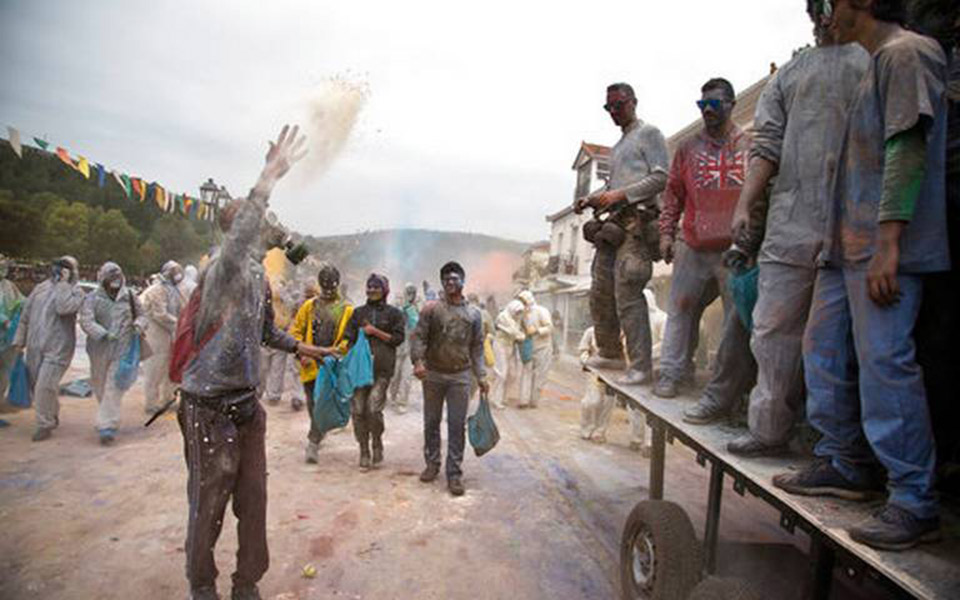 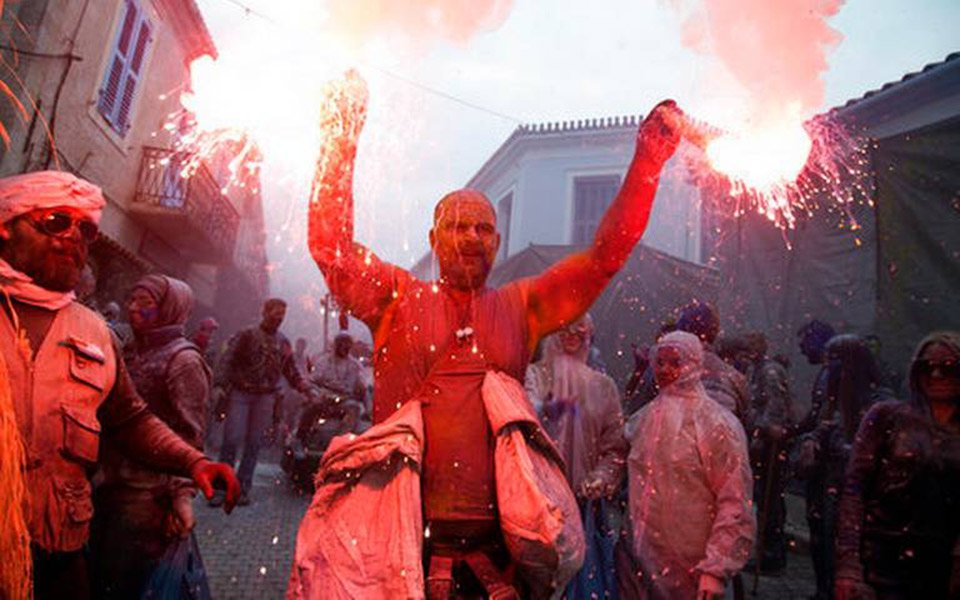 For a few hours every year, residents and visitors of this pretty Greek seaside town have a license to lose their civility.

They have what’s known as a “flour war” – participants pelt each other with bags of dyed flour along the coastal road lining Galaxidi’s old harbor.

It’s an explosion of color that takes place every Clean Monday, an Orthodox Christian holiday marking the start of Lent and the end of the carnival season which holds onto many of the country’s pre-Christian traditions.

Some 200 kilometers (120 miles) west of Athens, Galaxidi only has about 1,700 inhabitants but it was once an important trading port. Its influence declined with the advent of steam power in the 19th century.

Some of the town’s former grandeur remains, including many of its traditional stone houses.

The town only acquired a proper road link to the rest of central Greece in the 1960s, leaving much of Galaxidi with the appearance of a Greek island. [AP]

US Embassy in Athens spearheads initiative to help Balkan NGOs