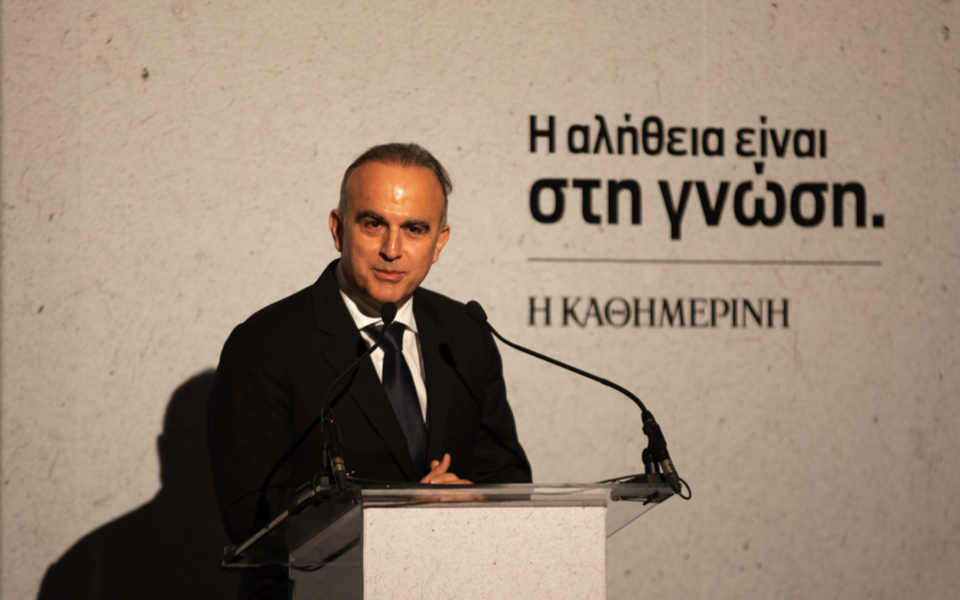 Dimitris Lottidis, the publisher of Kathimerini Cyprus, addressed the 10-year anniversary event in Limassol on November 16. 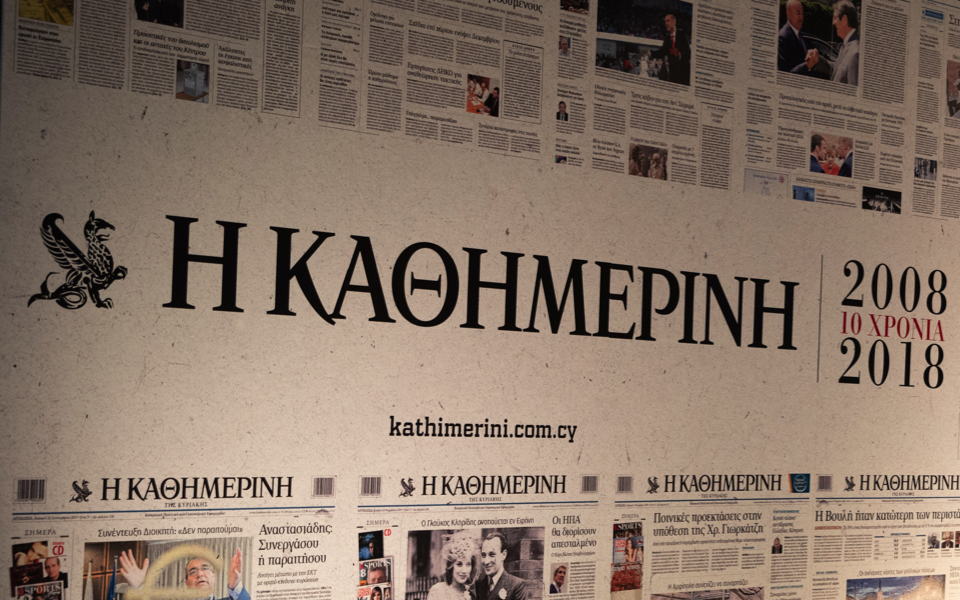 A good-natured and fraternal vibe pervaded the event on Friday, November 16 in the port city of Limassol marking the 10th anniversary of Kathimerini Cyprus newspaper’s first issue. The first batch of papers left the printing press on November 1, 2008, and reached Cypriot kiosks on November 2, ushering in a new editorial era on the island.

In the last decade, Kathimerini’s Cyprus edition has earned its own readership and won everyone’s respect for its coverage of politics, social issues and financial affairs. As with Greece’s historic newspaper, the Cyprus Kathimerini aims to create a critical mass of well-informed and active citizens.

The event in Limassol was attended by the people behind this successful project as well as Cyprus President Nicos Anastasiades, who gave a compelling speech on the Cyprus problem, Turkey’s stance and the future of the island.

Among the attendees were the publisher of Greece’s Kathimerini, Themis Alafouzos, its executive editor Alexis Papachelas, and Tom Ellis, editor in chief of Kathimerini English Edition, which has been in operation for 20 years and is also available in Cyprus.

An address was also made by Dimitris Lottidis, the publisher of Kathimerini Cyprus, while Alexis Papachelas offered a brief greeting.

Kathimerini Cyprus has continued to upgrade its editions over its 10 years in print. It recently published monographs and publications such as “From Crisis to Disaster” – a selection of texts on the island’s economy from 2008 to 2014. Another important contribution was the rerelease of “History of Cyprus” by Kleanthis Georgiadis – an important figure who has linked his name to education in Cyprus.

Kathimerini Cyprus has also organized and hosted the Economist and Digital Agenda conferences. In addition, it hosts award events for Gastronomos magazine. On the occasion of the 10th anniversary, a collectors’ publication containing the most important front pages from 2008 to 2018 was issued.

We wish all the best to Kathimerini Cyprus and strongly hope that it will go on to reach its centenary, as Kathimerini will in Greece next year.

Seeking the tools to usher Cyprus into the digital age

Residency rights for British expats in Cyprus after Brexit

At 95, WW2 vet breaks own record as oldest scuba diver