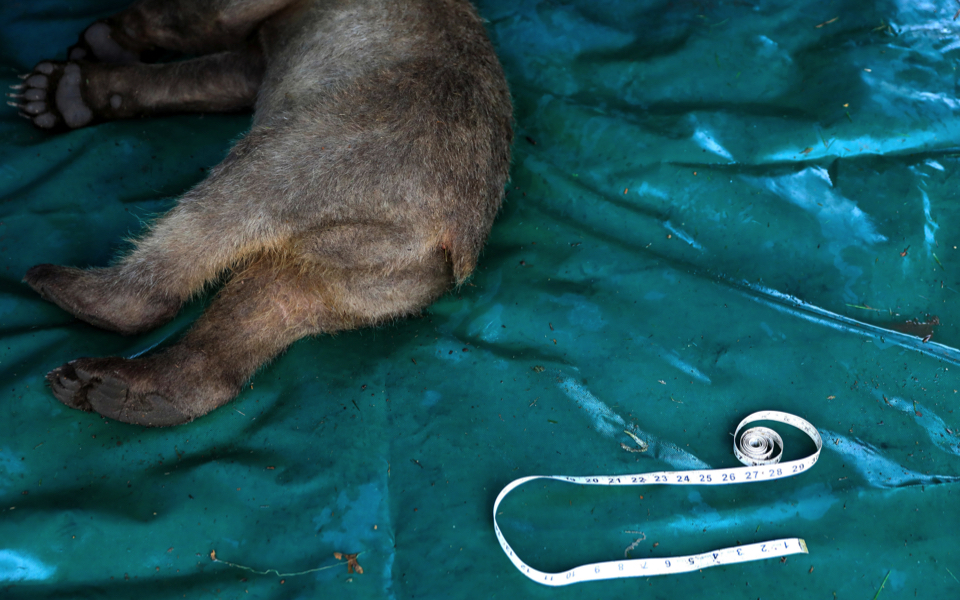 A brown bear cub is seen following an examination at NGO Arcturos’ bear sanctuary in the village of Nymfaio, near Florina. 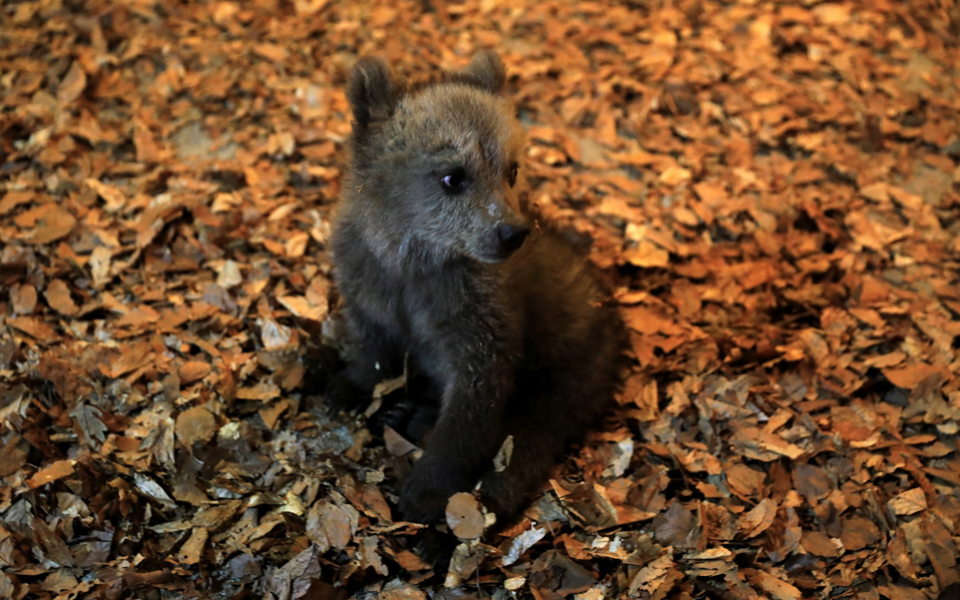 A brown bear cub is seen at NGO Arcturos’ bear sanctuary in the village of Nymfaio, near Florina. 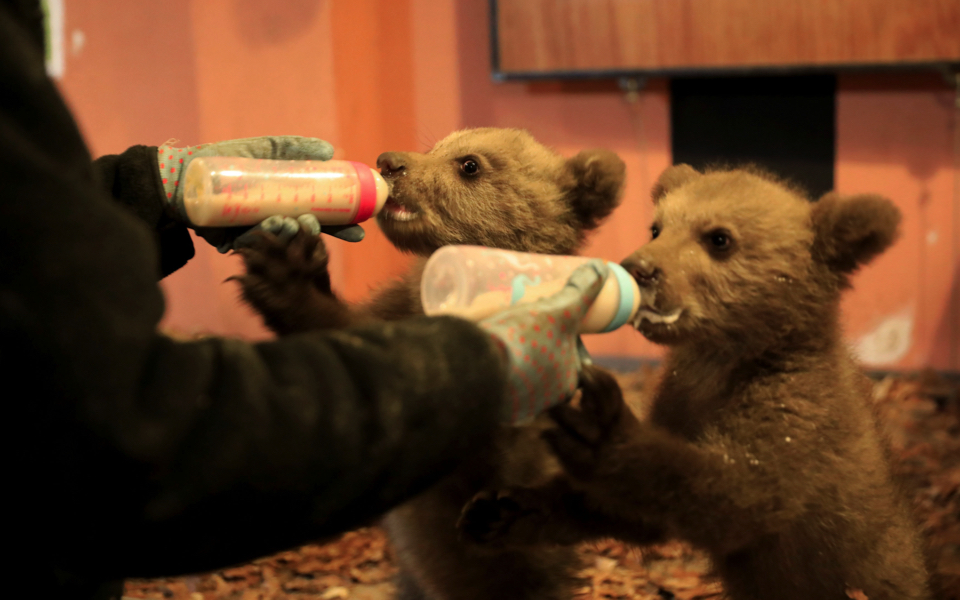 Melina Avgerinou, caretaker at NGO Arcturos, feeds two brown bear cubs at a bear sanctuary in the village of Nymfaio, near Florina. 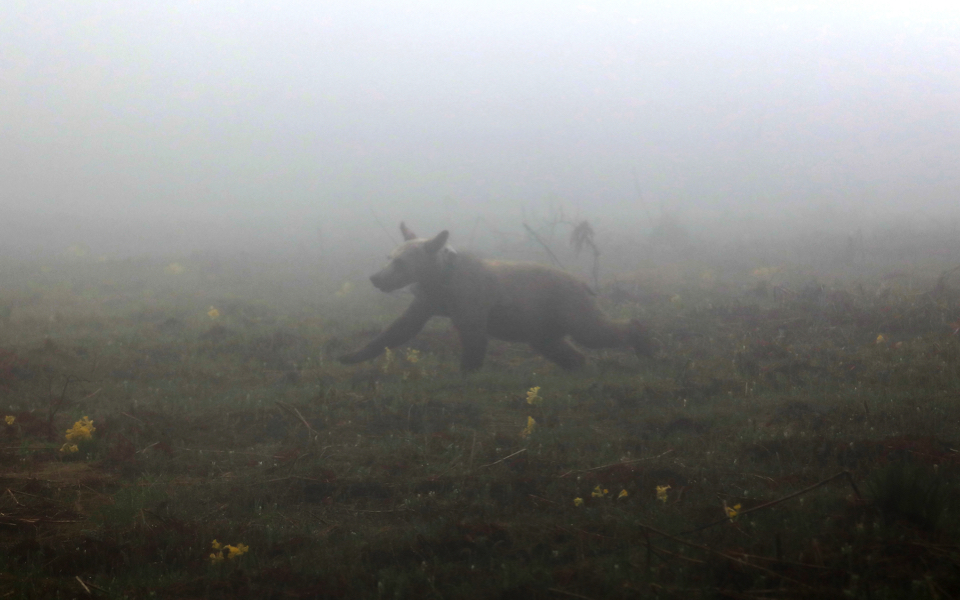 Just four months old, bear cubs Bradley and Cooper are still bottle-fed but they will soon have to forage into the Greek forest if they are to eat on their own.

The pair of orphaned cubs, rescued by the Arcturos sanctuary in northern Greece, will be trained to survive in the wild – and anything else their mother would have taught them.

“We teach them what they need to know; where to find food, what they should eat, how they will make their nest in the winter,” said Melina Avgerinou, caretaker at Arcturos, which saves orphaned or captive bears and seeks to reintegrate them into their environment.

“According to the season, we try to teach them what their mother would have taught them in nature,” she said.

The cubs were found by a local in the village of Kozani about an hour away, and because they were kept in a sheep pen for a week, it was too late to reunite them with their mother.

Avgerinou says it takes about a year to teach bears basic survival skills. Trainers hide food in the forest for the bears to find, and they are discouraged from having too much contact with humans.

Once winter arrives, they hibernate in the sanctuary and are moved into the forest before awaking. They are tagged and tracked to make sure they can survive in the wild. Those that do not adapt return to the sanctuary.

“If during that period they show us that they have adopted the wild behavior of a bear, then we are optimistic that they will make it,” said Panos Stefanou, Arcturos’ communications officer.

There are about 450 bears in the wild in Greece, primarily in the Pindos and Rhodope mountains. A few live freely outside the sanctuary.

Arcturos, a non-profit organization, was founded in 1992 with a primary goal to save dancing bears. The 50,000 square meter (12 acre) sanctuary near the village of Nymfaio currently hosts 14 bears unable to live in the wild, either because they are wounded or because they cannot adapt.

Stefanou could not say for sure whether the caretakers purposely named the bear cubs after Bradley Cooper, the Hollywood actor, only that they looked a bit “rough” and “cowboyish” when they found them. [Reuters]

Seal pup fighting for its life at MOm conservation society

Scientists warn a million species at risk of extinction