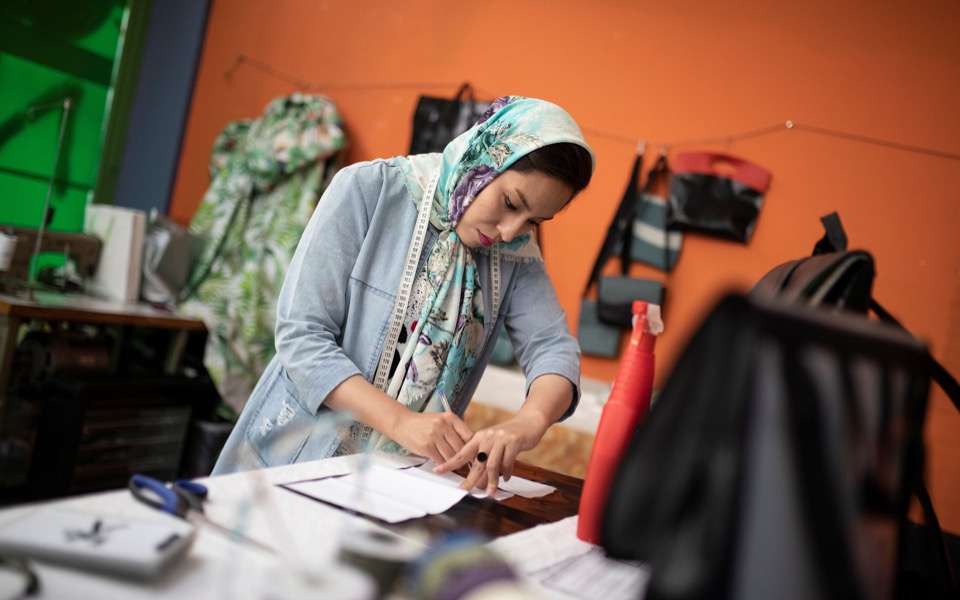 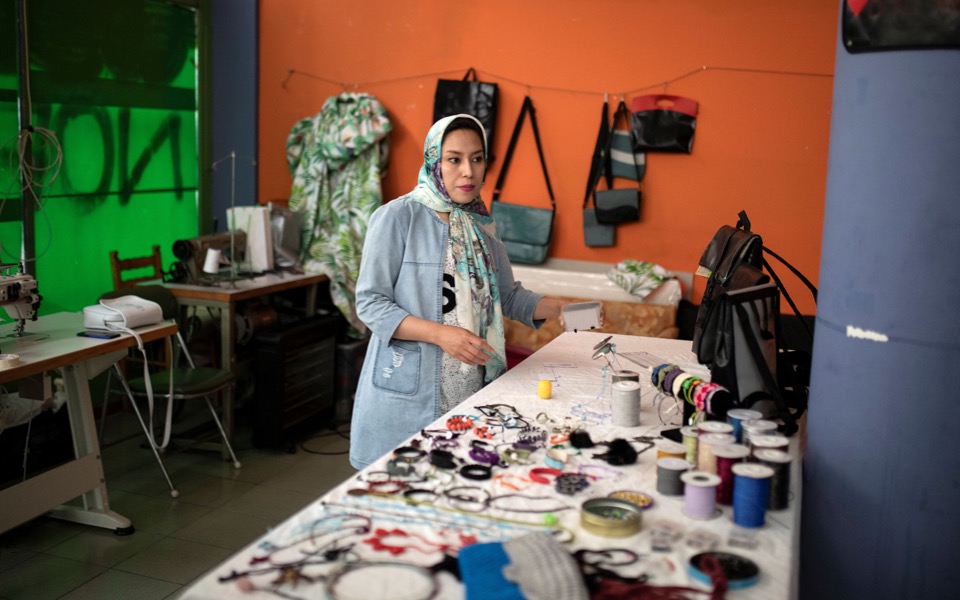 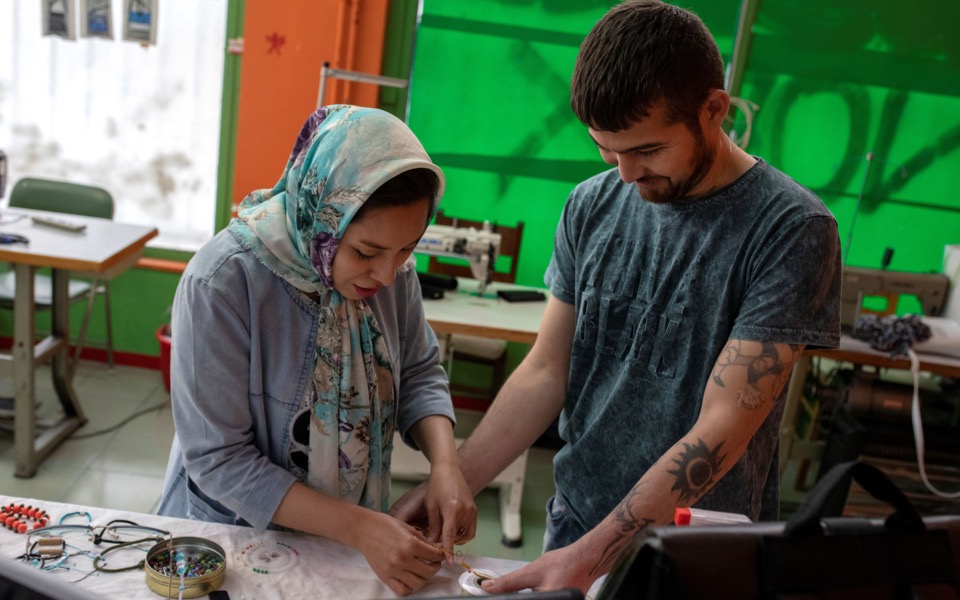 Bent over a sewing machine, Fariba Amini stitches her latest design using the unlikeliest of fabrics: a sheet from a discarded rubber dinghy, like the one that brought her and thousands more refugees to Greece.

The Afghan fled to Greece in 2016 with no documents and few prospects. Now she makes and sells bags and jewelry out of the starkest symbol of Europe's refugee crisis: the boats and life-jackets once strewn across Greece's shores.

"The bags remind me of how I got here and the bracelets remind of me the days when I was at the camp, those bad times," Amini, 31, said over the rattle of her machine, a measuring tape draped around her neck.

"When I started working on my sewing, they were a balm to my soul. They brought me peace."

The basement of the bare-bones studio in downtown Athens she shares with other asylum-seeker designers is stacked with black and grey scraps of inflatable boats, red life-jackets and piles of straps.

The studio's orange wall is decorated with many of her creations: sleek black backpacks, messenger bags and purses. Bracelets made from colourful thread are laid out on a table.

"Considering that I came by boat myself, I feel really good," Amini said. "I want to show others who are coming as migrants that they can make use of even the most ordinary things."

Amini and her family were forced to leave Afghanistan when she was five, after her brother was killed in the civil war. In Iran, where they lived for two decades, authorities banned her from attending school or working, she said.

In 2016, they set off on the short but dangerous sea journey from Turkey to Greece and ended up in a dire, makeshift camp in the former Athens airport, where thousands lived in tents in the arrivals terminal with little food and frequent violence.

To get by, Amini taught herself to make intricate designs watching YouTube videos. It was not long before she sold them at bazaars and to friends.

"I feel powerful because I turn something ordinary into bags and I can turn this into money," Amini said. "The fact that I do this with my own hands makes me very proud."

With the help of her husband, an Afghan designer she met in Greek language lessons, Amini creates bags and jewelry for a small German organisation supporting refugees, as well as selling them online and at various spots in Athens.

Her parents and sister moved to Germany, but Amini, who was granted refugee status in Greece, stayed behind hoping to get her fledgling business off the ground.

Thanks to a training programme backed by the International Rescue Committee charity, she received a small grant to support her business.

Despite her successes, her designs remind her of the perilous journey she and others took. "Sometimes I think about the people who drowned in the sea and who are no longer with us," she said. "It is difficult for me."

‘Lesvos granny,’ a symbol of solidarity in the refugee crisis, dies at age 90

Migrants on the island of Lesvos find refuge on soccer field