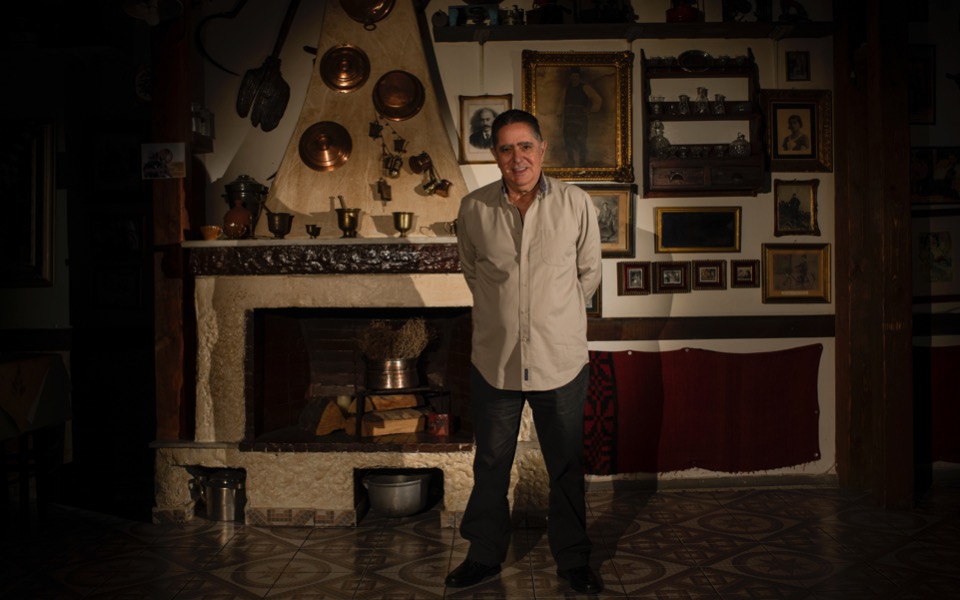 Giannis Grillis, a 67-year-old pensioner, poses for a photo and answers questions about his expectations of the new government, in Athens, inside his traditional tavern, which is now run by his children. “We always had to struggle to make a living. From when my family came to Greece as refugees to the (economic) flourishing before the crisis. These were good times, which we thought would last forever. In my old age, together with my pension, came the bailouts. So what I would like is a better health care system, better education, lower taxes, a better quality of life – where work is employment, not slavery,” he says. 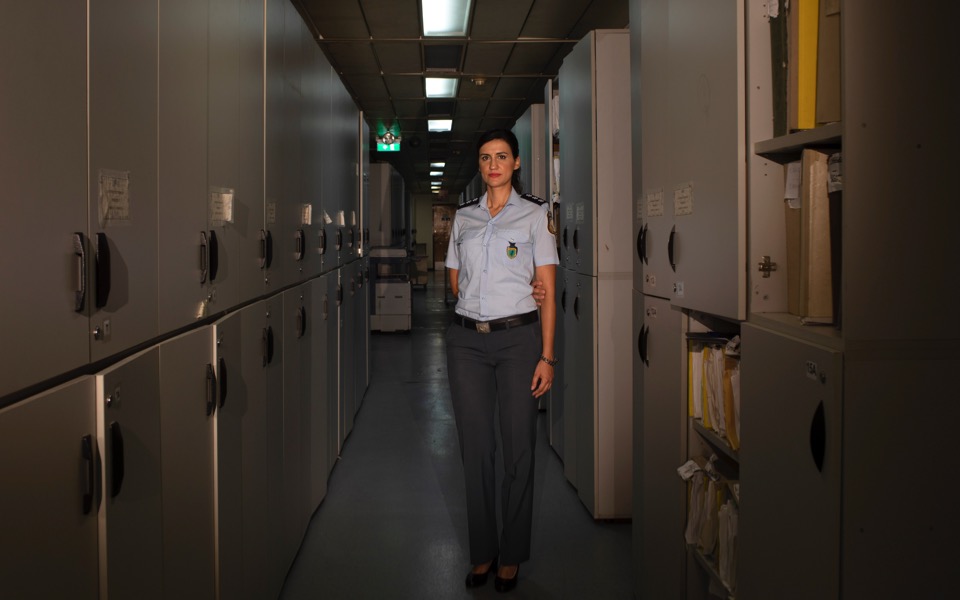 Captain Ioanna Rotziokou, a 33-year-old spokesperson for the Greek Police poses for a photo and answers questions about her expectations of the new government, inside the Public Order ministry in Athens. “Greece's police faces a wide variety of challenges, from organized and cross-border crime to human trafficking and drugs. However, throughout my years in the force, what has really shaken me more than anything else is the fatal road accidents ... I've seen things I will never forget, which have reduced me to tears and frightened me. I hope in the future to see an improvement in the way Greeks drive ... What saddens me as a woman is that ... gender equality has still not been effectively attained. I would like to see more women reach the top of their profession and fewer women abused,” she says. 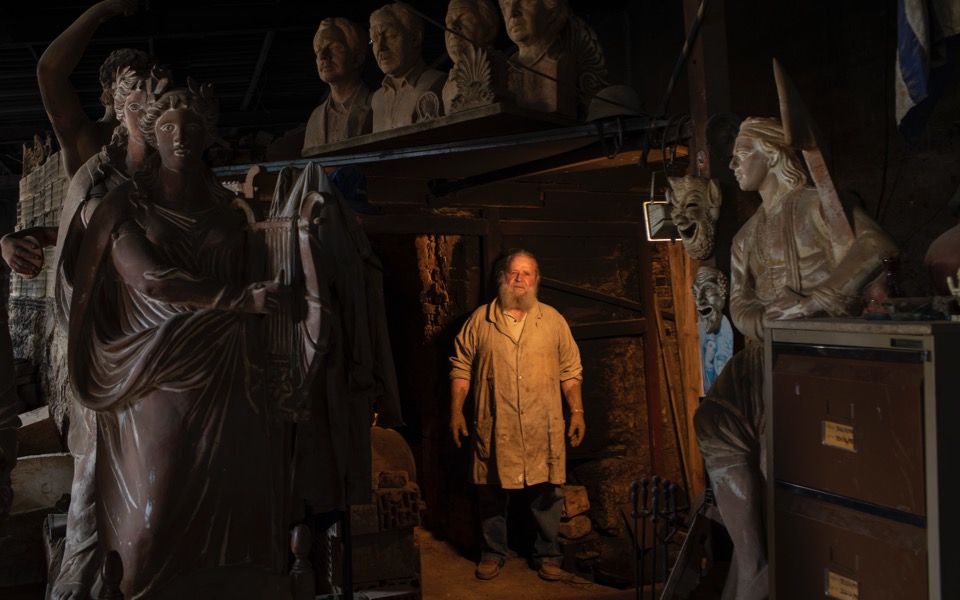 Haralambos Goumas, a 69-year-old sculptor and ceramicist, poses for a photo and answers questions about his expectations of the new government, inside his workshop in Athens. He says: “I've had a hard time over the past decade with all the austerity measures foisted on us. Even though I've reached a pensionable age I continue to work, but again I could only expect a very modest pension. I hope that one day my workshop will fill up with young artists so I can teach them ceramics and sculpture ... But to do that I will need help from the government, which unfortunately doesn't look as if it will be forthcoming. Nevertheless, I am an optimist and believe Greece will progress.” 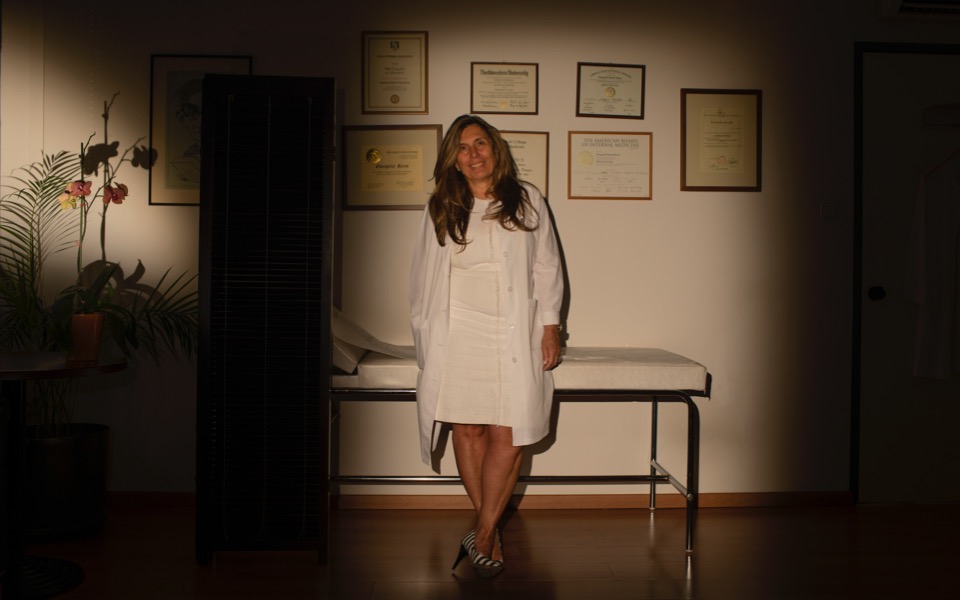 Evi Razi, a 55- year-old oncologist, poses for a photo and answers questions about her expectations of the new government inside her office in Athens. She says: “What I would like to see in Greece is meritocracy and respect for the law. The number of state employees needs to be reduced and corruption and tax evasion have to be controlled. Medical education needs to be modernized, university professors should be evaluated, as everywhere else, for their teaching ability. ... We need a culture of quality control, guideline adherence, as well as a new attitude toward excellence. Finally, we need to allow the middle class and private initiative to grow.”
PETROS GIANNAKOURIS
July 6, 2019 06.07.2019 • 18:22

Still struggling to exit a decade of financial crisis, bailouts and harsh service cutbacks, Greece finds itself at a political turning point.

In the days before the vote, The Associated Press approached 12 Greeks of different ages and backgrounds to ask about their expectations from the next government.

Details in their answers varied, but education, healthcare, pensions, better policing, lower taxes and higher salaries were a common thread. They described a government in Athens that operated with less bureaucracy, more professional skill and greater gender equality.

The expectation is that elected officials with the right priorities will be able to stop the brain drain after the country's economic problems sent hundreds of thousands of qualified young Greeks abroad in search of well-paying jobs. [AP]

Platform aims to bring young people back into civic discourse