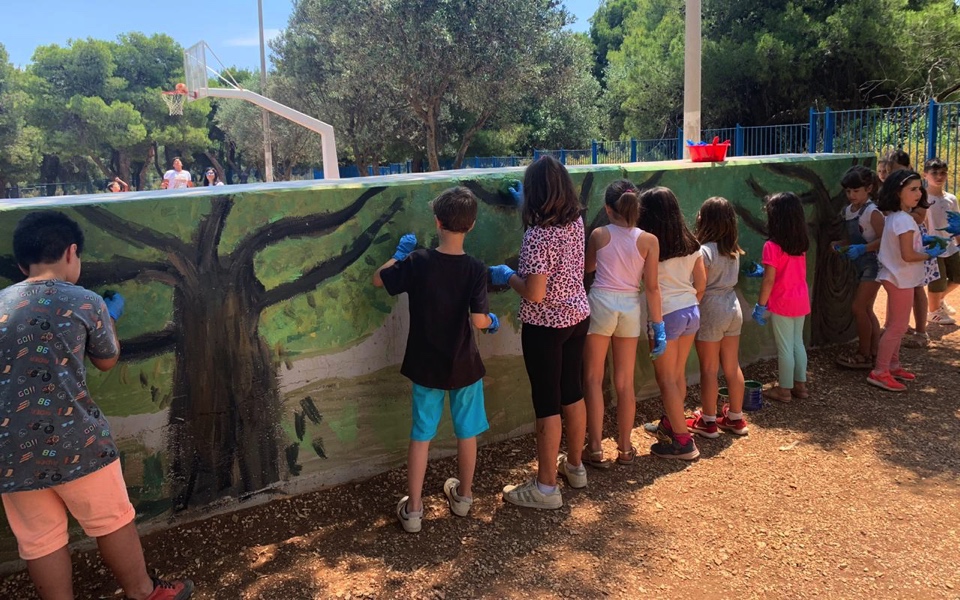 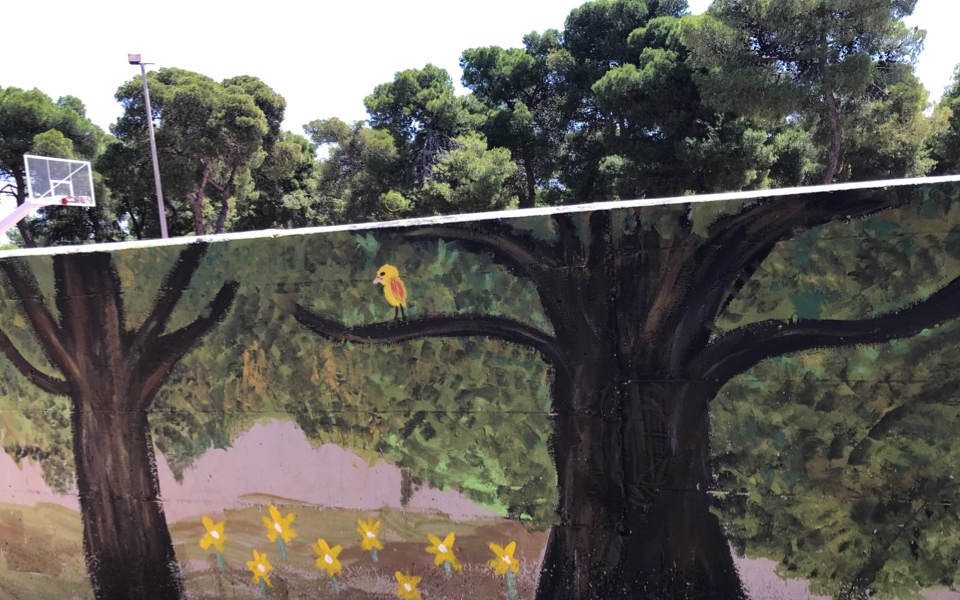 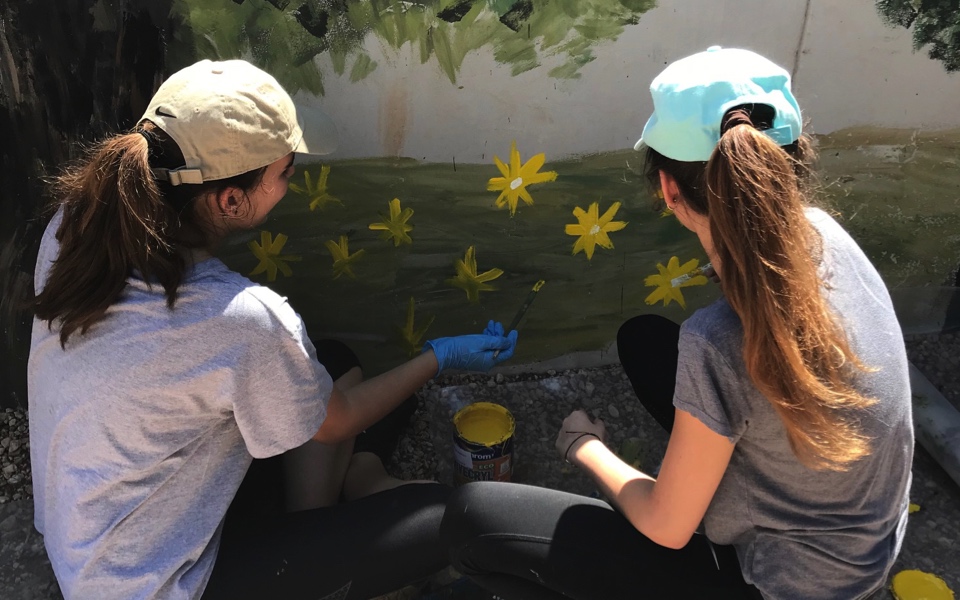 It was a summer afternoon when we took a ferry to return from the island of Andros to the port of Rafina last year. On the way back in the car we noticed what we thought was a beautiful sunset. However, after turning on the news, we realized that “the beautiful sunset” was actually a wildfire happening in Mati, close to the port of Rafina. Very soon we were surrounded by smoke and could see the flames rapidly spreading. The wildfires turned out to be one of the deadliest and most devastating events that have happened the past few decades in Greece. Hundreds of people died, others were severely injured and locals lost their homes.

Even though a year has gone by, many people still live in shelters and haven’t been able to return to their homes. What concerned and bothered us the most was the fact that local children went back to school and continued the learning process under the new circumstances in their lives. Being highly sensitive toward their living and learning conditions, we decided to add a splash of color to their lives. Therefore, as part of our IB CAS (International Baccalaureate Creativity, Activity and Service) project, we wanted to do something for them. We contacted and visited the local public elementary school of Agia Marina in Mati to discuss our idea with the headmaster and the parents board. We introduced ourselves and were received with warmth and interest and the principal informed us that many of the children attending the school had lost their homes and some relatives during the wildfires. Being interested in the arts and sports as students ourselves and listening to what the principal had to say about the school, we decided to combine our skills, knowledge and love for making the school a beautiful place and we suggested an interactive art project as an activity to be led by us with the participation of the young students. We raised sufficient funds through donations from family friends to buy the necessary equipment such as paints and brushes.

We agreed to paint a mural on the wall behind the basketball bleachers, creating sublime scenery of Greek nature. The image was composed of olive trees – closely associated with Greek culture and a symbol of peace – as well as other elements of nature, such as flowers, birds and small animals. It was a natural continuation of the surrounding scenery which survived after the fires. Since the mural was next to a basketball court, we also wanted to have an aspect of game spirit and set the symbol of the Olympic Games in the middle. What was amazing was the overall process of creating something together with young local children. We would go there in the mornings and spend hours creating the mural under the sun and at the same time having fun and getting involved in discussions with the students, making it a very pleasant activity for all. We wanted to have it all ready before their end-of-school-year festivities that took place on the court.

This experience was very heartwarming since many students from different classes were excited to have the opportunity to participate. During breaks they would come running to us asking for gloves and brushes and colors, suggesting their ideas for their school mural. One young boy painted an owl, another girl and her friends wanted to add flowers and birds, and another boy would come during every break wanting to add hollows to the olive trees. They were very creative and had lots of fun. What was particularly touching were the things they told us, such as “I painted my wall last summer,” “I know how to paint because I painted the door of my house last summer” and “I want to make my school beautiful.” They added a small touch to the mural and the whole school community was pleased with the result. The teachers and parents were very kind to us and they all embraced the project.

We were invited by the headmaster and the parents to the school’s end-of-year celebration, where the headmaster and the president of the parents board thanked us on behalf of the families and the school while also giving us flowers. That gesture was very touching and although what we did was small, we felt that we gave back to the local community. The children’s smiles after the mural was completed made us feel emotionally fulfilled.

Fire fears mount ahead of summer

No time to lose for going solar and sustainable, says Greenpeace executive director