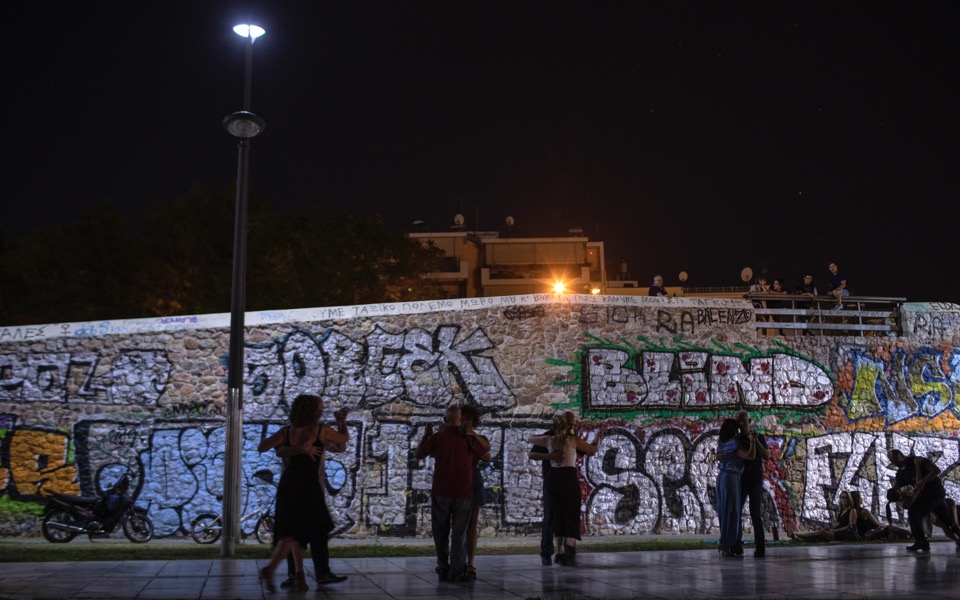 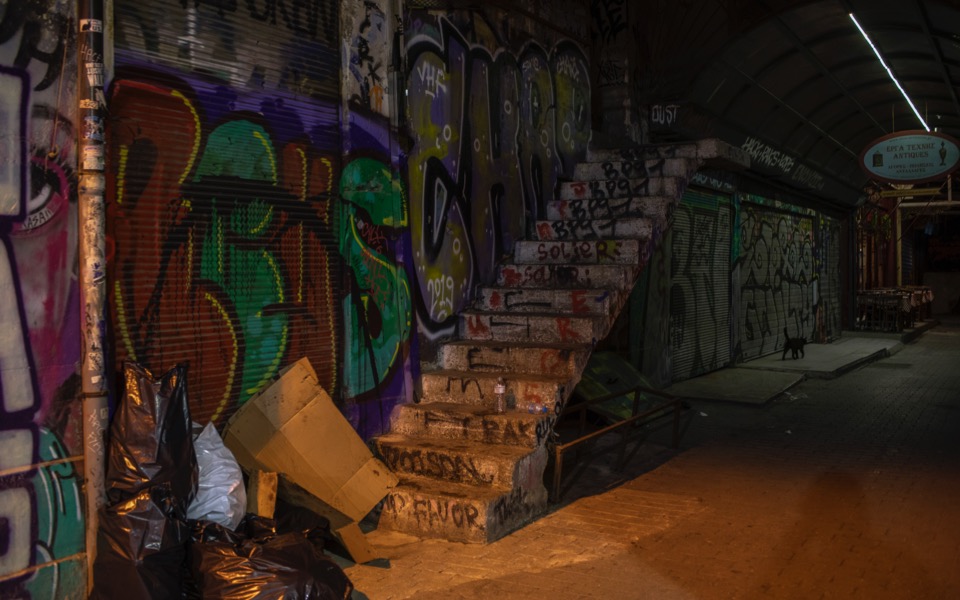 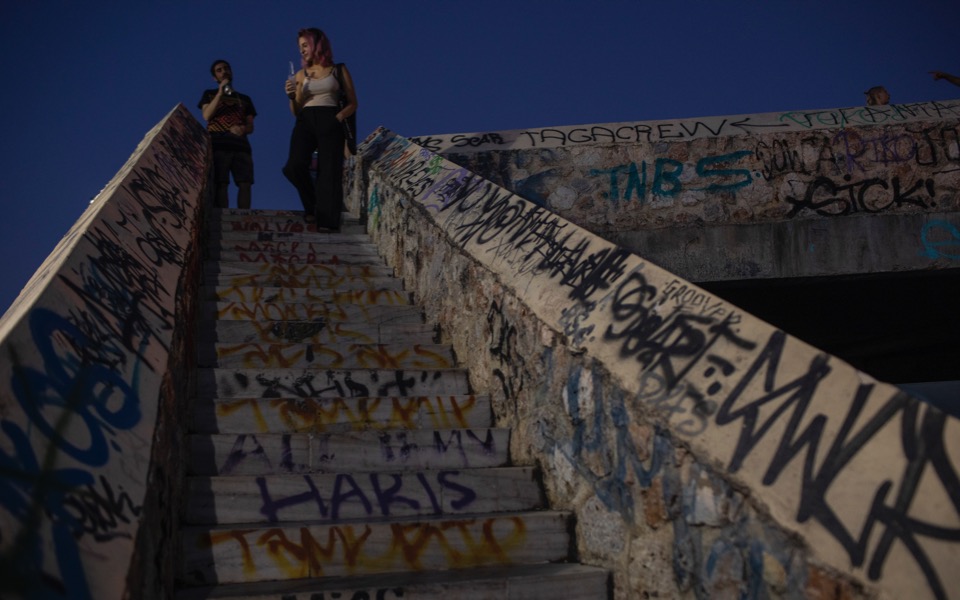 Kilroy was here, and lots of his friends too. In Athens, illicit spray-painting forays leave an often-indelible mark on the Greek capital’s public and private buildings, street signs and bus stops, while public artworks and even ancient ruins are not spared.

Some parts of central Athens are so afflicted with graffiti – largely undecipherable squiggles in bold, broad strokes – that few facades remain untouched and property owners give up on repainting.

The ubiquitous but enigmatic squiggles are a fairly recent trend in a city with an old tradition of graffiti which, when not pictorial, consisted of slogans broadly classifiable as soccer-linked, political, amorous or whimsical. They had a short wall-life, rarely surviving more than a few months before being erased.

The new onslaught came during Greece’s 2010-2018 financial crisis, which forced mass closures of shops in the city center and provided acres of uncared-for walls that could be daubed with impunity.

While Athens has acquired many striking murals by artists commissioned by public bodies or private property owners, most of the new graffiti is unsolicited, devoid of visible meaning and cacophonous – a jostling mass of individual “look at me” cries on somebody else’s wall.

And instead of being cleaned up, it usually stays in place until the next squiggle is sprayed over it.

‘Moving mountains’ for a cure

Recovery a distant hope for many Mati burn victims