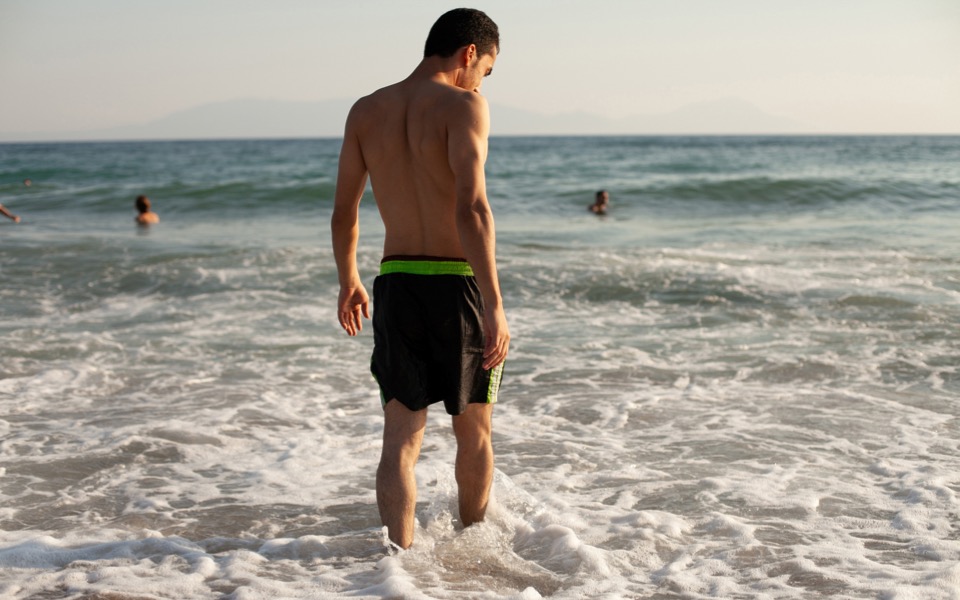 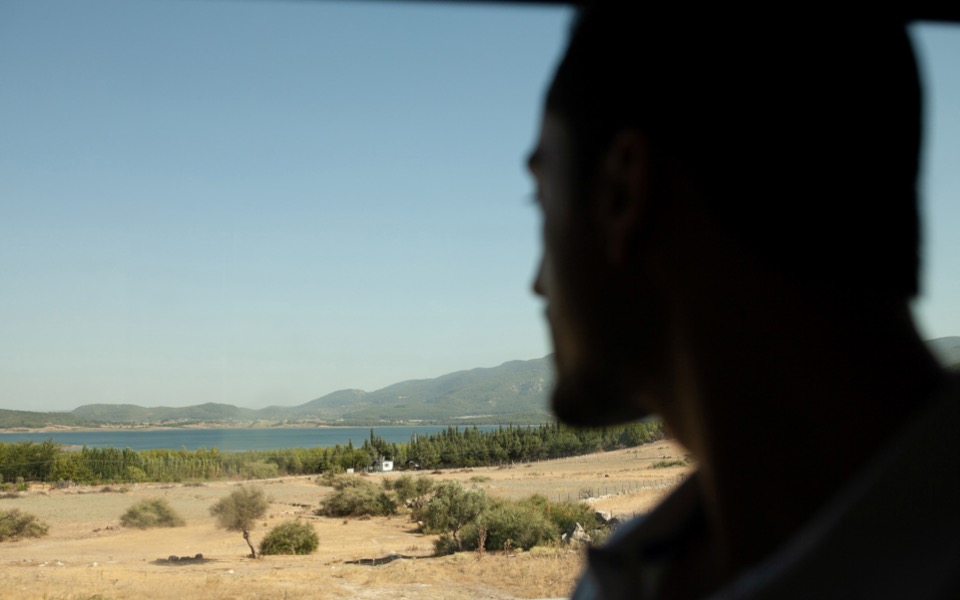 Palestinian-Syrian refugee Ahmed, 27, travels by bus to the sea to swim for the first time in the Aegean Sea in Izmir, Turkey, July 13, 2017. 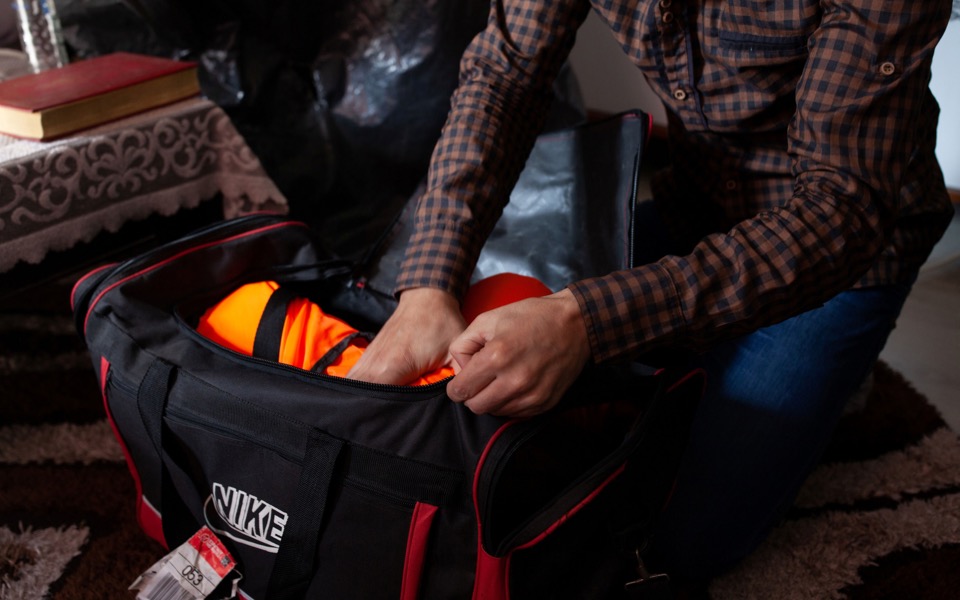 Palestinian-Syrian refugee Ahmed, 28, packs life jackets for his family on the day he expected to travel to Greece, in Izmir, Turkey, October 17, 2018 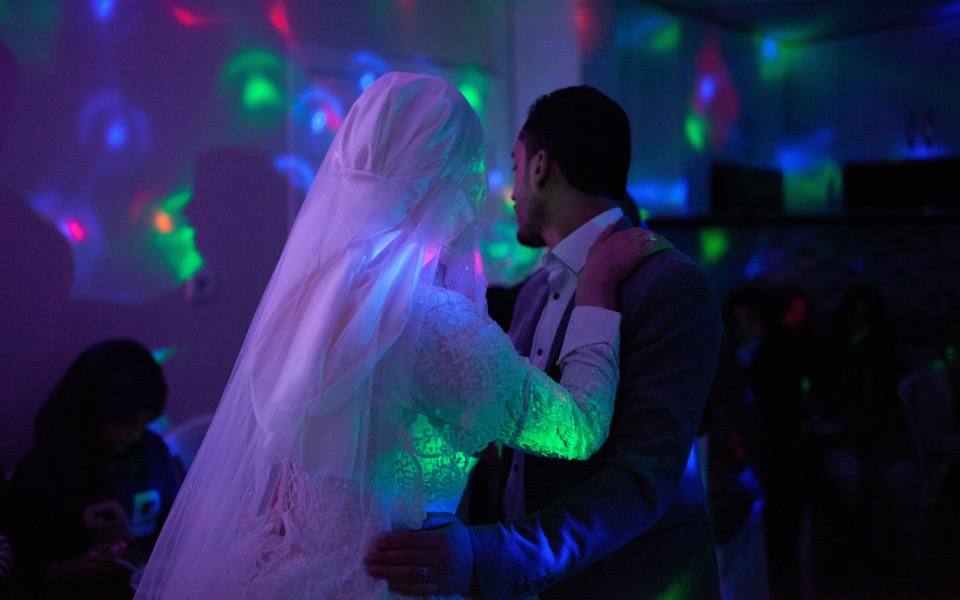 With migrants only allowed one backpack each on the smugglers’ boats that carry them from Turkey to Greece, Ahmed, his wife Hanin and her family packed a few possessions and sent the rest of their belongings to friends.

It should have been the defining moment of a journey which began as Syria’s conflict escalated, forcing two Palestinian families to flee their homes in the suburbs of the capital Damascus.

Hanin and her family left in 2014, and Ahmed two years later for Turkey where they were introduced in the winter of 2017. Living in different cities, they exchanged text messages for months before Ahmed took a 20-hour bus trip from Izmir – Turkey’s third largest city located on the Aegean Sea – to the border town of Kilis to meet her, which led to their engagement.

They were quickly swept up in a flurry of wedding preparations: searching for the perfect dress, struggling to wire money across Western Union offices, planning a two-night party. Their engagement party was in Kilis, right across the border from war-torn Syria.

More than 3.5 million Syrian refugees now live in Turkey as a result of a conflict that has raged since 2011. In 2015, more than 800,000 mainly Syrian and Afghan migrants took to the seas off Turkey to make the short but perilous trip to Greece. The numbers fell dramatically the next year after a deal between the European Union and Turkey to stem the exodus.

Hanin’s younger brother Hamza was among those who left earlier, heading to Germany four years ago. The family yearns to stop communicating via patchy video calls and reunite in Europe.

“All the sorrow for my son is in my heart,” said Turki, Hamza and Hanin’s mother. She said her weak heart swelled on dreams of seeing her son again.

Ahmed, who studied English literature in Syria to become a translator, worked 14-hour shifts at a textile factory in Izmir where the couple moved after they married. Hanin’s mother packed nuts in a factory while her father sold Syrian cigarettes. They aimed to save $3,000 that they would need to make it to Greece, their first stop on the way to Germany. The family followed a Facebook group created by volunteers in Greece, posting about arriving boats, accidents and weather conditions.

Every day, they heard and read stories of stormy waters causing accidents and of families drowning at sea because they didn’t have enough money to buy life jackets. “Maybe these are signs that we should not go,” Ahmed would sometimes say in the lead-up to their 2018 attempt. “Every new problem is trying to say something to us.” But he saw no option but to leave Turkey, because staying meant he would “keep working in that factory forever.”

Dozens of migrants have died during their journey via Turkey to Europe, according to reports by state-owned Anadolu Agency. Some drowned in the Aegean Sea, others died in vehicle crashes, while many froze to death while trying to cross borders on foot.

Ahmed’s resolve was tested when a smuggler he paid to secure the family’s places on a boat disappeared with their cash. They had to work hard again to raise fresh funds. Ahmed found another smuggler and paid the fee again. The family changed their minds five times in two weeks.

Finally, they packed up, bought life jackets – a simple but risky transaction which carries the possibility of arrest. On their last night they went out for dinner with friends, then waited nervously at home for the call to head to the beach. The sleepy children played with the life jackets and showed off how they would swim to the island. The adults agreed that if Hanin or her mother felt something was wrong, they would turn back. Ahmed stared at his phone. At 11 p.m., the smuggler still had not called to tell them to head to the beach. They feared they had lost their money again but he eventually called a few days later.

They were driven to the beach, where they had to climb hills and walk through the forest to reach their departure point. They piled into the dinghy with 26 others and took off. The people on the small boat were loud, so the Turkish coast guard found them, 20 minutes away from the border. They were driven to jail and held for three days.

The family says they can try again with the same smuggler, for no extra fee, though Ahmed is despondent as he watches the clouds gathering above the darkening waters. “I never felt worse,” he says. “So much thinking, and a storm is coming.”

A year later, the family still wants to move to Europe but have written off the boat route. They don’t want to suffer the sting of humiliation again, the insults in holding cells, the waste of their limited funds. Ahmed said he would never go back to Syria because the situation has worsened, and because he would have to serve military service and fight for President Bashar al-Assad. He says despite working 12-hour days, six days a week, his salary is not enough to pay rent, bills and food. The long hours leave him exhausted, as does the racism he says he sees on Turkey’s streets, on public transport and social media.

“My dream nowadays is to travel legally to Europe because we are very tired here,” he said.

Pan-European dialogue made simple thanks to new app