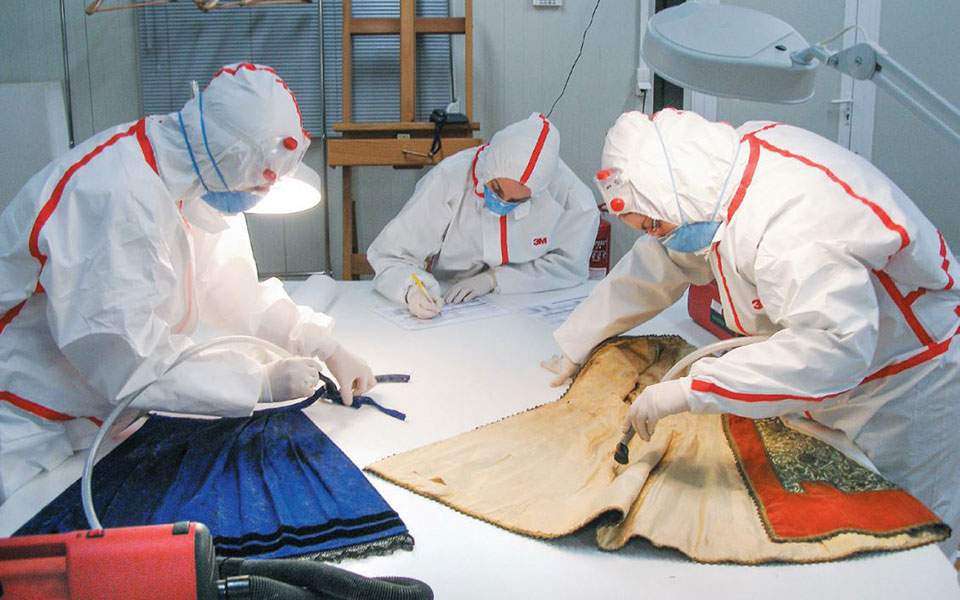 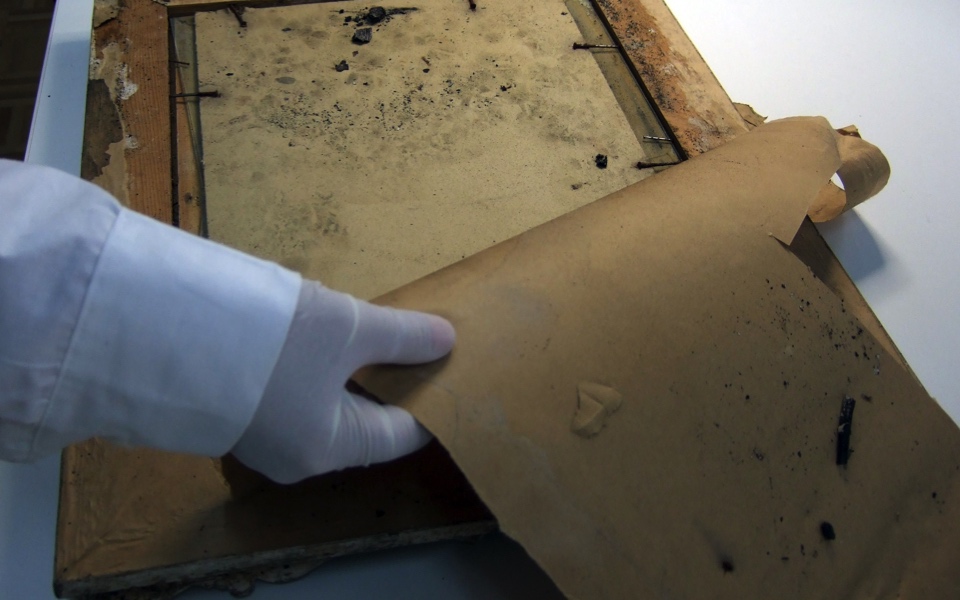 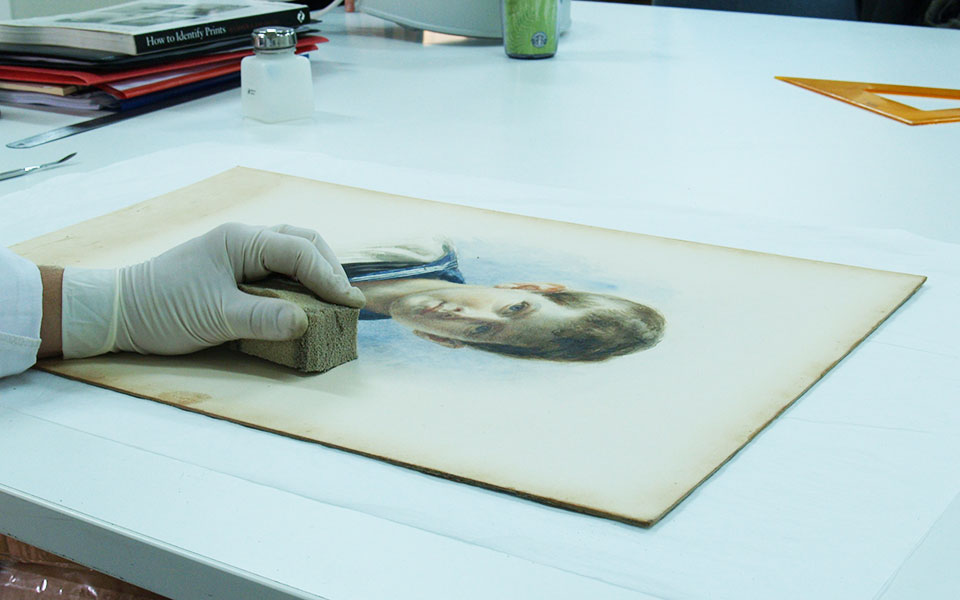 The documentation and storage of some 50,000 objects and heirlooms at the former royal estate of Tatoi in northern Athens between 2004 and 2012 was an operation of titanic proportions.

Packed for the time being into three closed rooms, around 10,000 of them needed expert attention before they could be moved, but the remaining 40,000 are still waiting to be tended to.

Photographs of the operation from the Culture Ministry reveal just how huge and complicated the project is, but also the importance of the work that was done in the early years, starting in 2004 when the estate and all of its contents came under the ministry’s jurisdiction.

“Everything – from the household appliances and everyday utilitarian objects to valuable paintings, wooden furniture and electronic devices – was still in the palace,” says Maria Mertzani, head of the ministry’s Department of Conservation of Ancient and Modern Monuments.

“The main challenge for the conservators was the diversity of materials and the condition of the objects. Of 50,000 objects, around 10,000 underwent basic treatment to ensure their integrity before they were packed up for storage.”

For years, the only objects to be removed from the summer palace were a handful of very valuable paintings. Then in 2015 an order was given to transfer a large number of heirlooms to the Museum of Modern Greek Culture in downtown Plaka, which is currently closed for relocation.

“We disagreed with this decision because we do not agree with splitting a large number of items from the collection and believe their removal may be dangerous. Furthermore, the objects that were transferred came from secure areas and not the closed buildings,” says Mertzani.

The conservation and restoration drive ended in 2012 and even though a committee was created to this end, a new initiative has yet to materialize.

“Tatoi is like an ocean to us. Given our limited resources and the fact that it’s quite far away from Athens, there is only so much we can do. The Ministry of Culture recently submitted a proposal to the Attica Regional Authority for inclusion in the European Union’s Partnership Agreement, which included work on the palace buildings, but also the conservation of certain decorative elements and some basic movable objects,” explains Mertzani.

“The proposal was dismissed though and now we are preparing a fresh drive to submit a new proposal on the orders of Culture Minister Lina Mendoni.”

“We measured the volume of the objects in one of the buildings in 2016 just to get an idea of the kinds of area we would need just to remove them, go through them and then free up the building,” says Mertzani.

“The fact is that we keep everything at Tatoi, not just the things that people may think are valuable, but also simple everyday things like mattresses, old air-conditioning units and even the trash that was found on the site. We estimated that we would need a space of more than 3,500 square meters just for the objects from the two buildings, without the cars, boats, machinery etc.”

One idea, she adds, is to use the old stables for this purpose after they have been cleared out and restored, though the space will not be big enough. Mertzani also explains that they cannot use any building they like, because each structure at Tatoi has a particular use designated by law.

Other ideas include installing a temporary structure just to sort through the collection or to build something entirely new on the site that could serve as part of the “Tatoi experience,” where visitors could watch conservators work.

Moving the objects to a different location is also being discussed, though Mertzani is opposed to this option as it could put the heirlooms at risk.

Then there’s the issue of what is to be done with the eight cars and two electronic tricycles found on the site that were listed for preservation in 2015. They include the Rolls Royce used by the former royal family for official functions.

“I’m not aware of any other vehicle being listed as a historic monument in Greece before, so it’s something completely new for us,” says Mertzani.

“The study for their preservation has already started and we have found all the documents pertaining to them, but now we are debating whether the cars need to be restored to working order or simply used for display purposes. If the cars are restored to working order, we will need to replace certain parts, which means making changes to an object that is listed for preservation. It’s a fascinating issue that involves many different parameters.”

For the time being, Mertzani believes that priority should be given to preserving, restoring and properly storing all of the found objects so that they are safe, and then creating a collection that can be used for temporary exhibitions.

“The more funding we have, obviously the more we can do,” she says.

Resolution introduced in US Congress to recognize Greek ‘Ochi’ Day