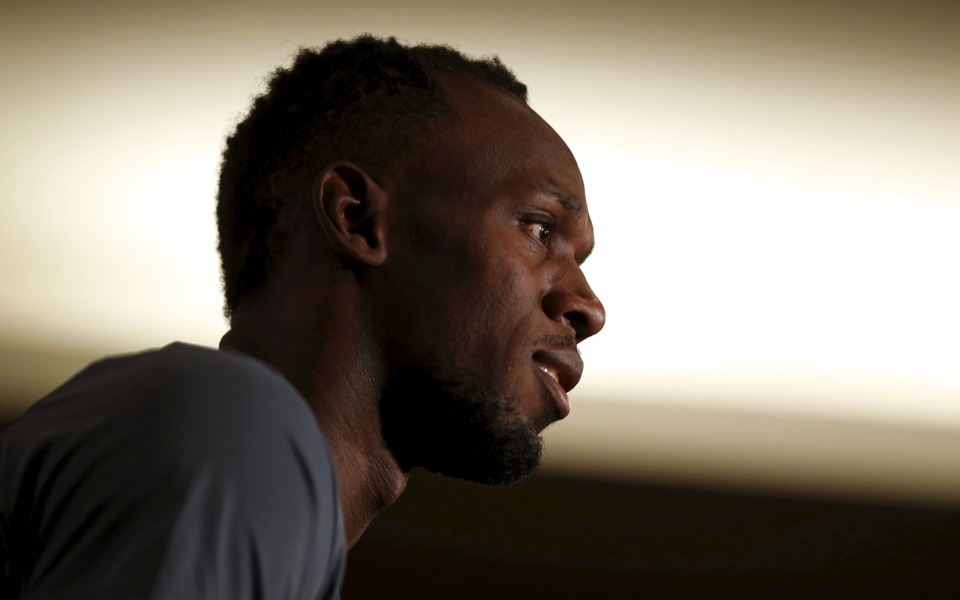 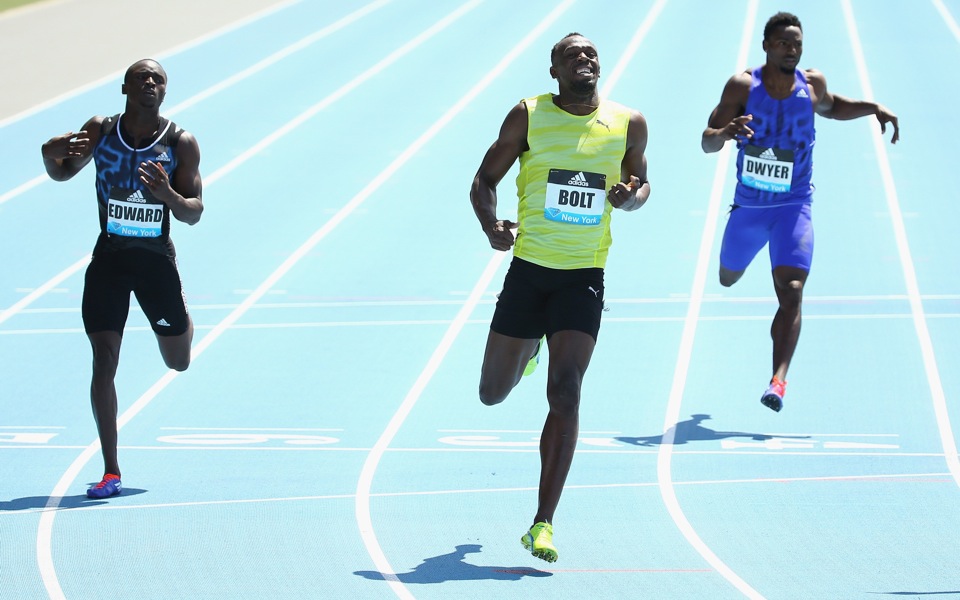 Usain Bolt is no stranger to Greece. He has come several times before, competing in Athens, Rethymno and Thessaloniki. A few weeks before flying to Beijing to defend his World Championship titles from Moscow 2013, the world’s fastest man tells Kathimerini that his focus may now be firmly on winning the 100-, 200- and 4×100-meter finals this summer and on doing his best to protect his legacy but his plans after retirement in two years’ time include exploring the Greek islands.

The 28-year-old Jamaican is not worried about his main challenger, Justin Gatlin – who has recorded the season’s leading time in the 100 and 200 meters – saying that all of the seven rivals he faces in the finals are equally good. He adds that he does not go after world records but only medals in major competitions.

You came to Greece for the first time in 2004, running your first major 100-meter dash. The last time you were in the country – where you have quite a lot of die-hard fans – was in 2009. What are your memories from Greece and its people?

I remember receiving a warm welcome there.

Do you have any plans to visit as a tourist, given that the country no longer hosts any major meets due to the financial crisis?

Yes, hopefully when I retire I can visit the Greek islands.

Has the crisis affected the global track-and-field scene?

I see that some meetings have disappeared from the calendar, which is never a good thing.

You spent a long time away from top-level competition. Were you working on something else or just taking a break?

I was just training and doing my normal business things.

The 100-meter final at the Bird’s Nest stadium in Beijing takes place just two days after Bolt’s 29th birthday on Sunday, August 23. It looks likely Bolt will not be racing US star Gatlin until the Worlds. Yet the Jamaican sprinter reacts coolly to the challenge he will come up against, saying that everyone is a threat.

In this summer’s Worlds, what can your fans expect from you? Will the bolt strike at the Bird’s Nest again?

My aim is to defend my titles from Moscow 2013.

In recent months a number of your rivals have clocked some good times. Do you consider them a threat ahead of your upcoming races in Beijing?

In the World Championship finals there will be seven other runners and I take everyone seriously and consider each one to be a threat.

Is Jamaica the world leader in producing great sprinters?

There are always strong sprinters from different parts of the world.

In the sprint finals Bolt is likely to face a line-up that will include rivals such as Gatlin as well as fellow Jamaican Asafa Powell and American Tyson Gay. All three have faced doping bans in the recent or distant past and Bolt makes no secret of his disapproval.

From your experience on the track, can there be any top-level competition without the use of banned substances?

Absolutely. I am at the top and I have never used a banned substance, but sport, like society, will always have issues.

What upsets you most in global sports?

Bolt’s goals up to the end of his career are to complete a sweep in the 2015 Worlds, in the 2016 Olympics and the 2017 Worlds in London. He insists that medals matter more than world records but reveals his soft spot for a certain milestone in the 200 meters.

Is your decision to stop competing in 2017 definitive?

Until then, what are your targets? Can you register any more world records?

I never chase world records, my aim is always to win the major medals. However it would be nice to run sub-19 seconds in the 200 meters before I retire.

So this is a milestone for you to achieve?

Yes, this is one of my aims, as nobody has ever done it before.

Bolt does loosen up when questions get more personal, referring to his past and his character, showing that outside the track he is as fun-loving as anyone esle and also has a deep respect for his roots.

In your book, “Faster than Lightning: My Autobiography,” you wrote that your first incentive to compete on the track was a lunch box. After so many titles, what still drives you win?

My coach told me recently that I have to protect my legacy every time I step on the track. This is a good motivation. I have set myself standards and always try to reach these standards.

In an interview with Kathimerini four years ago you said that you wanted to become “a legend.” Have you reached that level by your standards or are there any other feats you need to accomplish to achieve that status?

I leave it for other people to judge my achievements and make up their minds on what it takes to be a legend. My main aim now is to defend my Olympic titles in 2016 in Rio.

Will we see you competing in any other disciplines?

What are you favorite things in life beside competition?

I love music and  I love women!

Last but not least, Bolt loves to talk about his favorite soccer team, Manchester United. He has repeatedly said that his dream is to get to play for the Red Devils some day and confirms to Kathimerini that he would never be able to say no to such an offer. Asked whether United manager Louis Van Gaal could use a tall Jamaican with fast legs, he cracks a broad smile and says: “I’m just waiting for the call!”