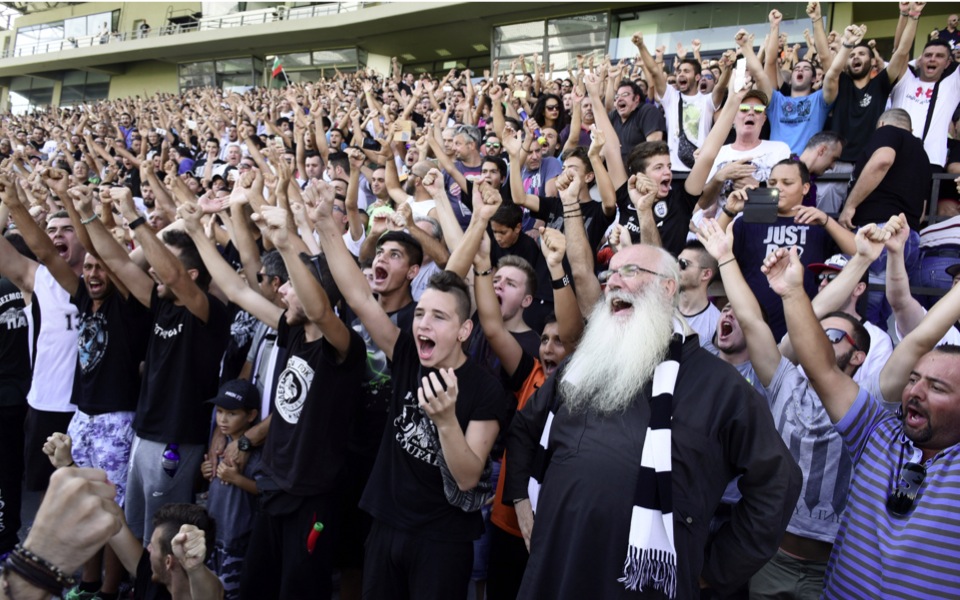 PAOK fans cheer for Dimitar Berbatov of Bulgaria during a special reception ceremony at the club's Toumba stadium in the northern Greek city of Thessaloniki, on Thursday. 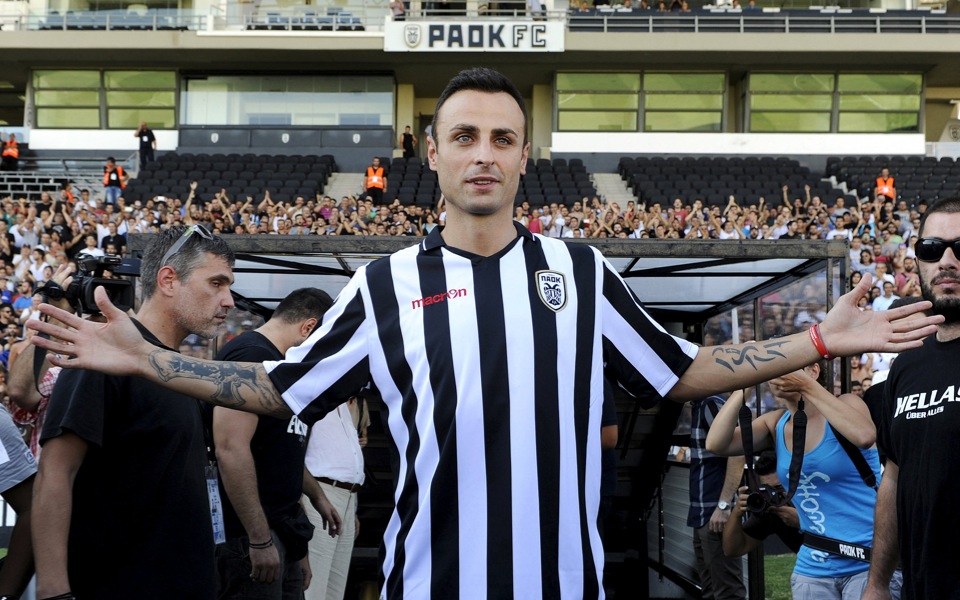 New PAOK soccer player Dimitar Berbatov poses for photographers during his presentation at the Toumba stadium in Thessaloniki, on Thursday.
GRAHAM WOOD
September 3, 2015 03.09.2015 • 18:34

Bulgarian forward Dimitar Berbatov was treated to a hero’s welcome on Thursday as 10,000 jubilant PAOK fans turned up to greet the club’s new signing at their Toumba Stadium in Thessaloniki.

The 34-year-old was unveiled to the media after joining the Super League club having been released by Ligue 1 side Monaco in the close season.

He is the highest-profile signing in the club’s history after agreeing a two-year deal.

"Thank you so much for the reception, it’s unbelievable; I didn’t expect something like this, I’m just a simple person who plays football," said Berbatov, who came onto the pitch wearing a PAOK shirt with the number 10 on it.

He added: "My father was born just 15 kilometers from the border (with Greece) so in some way we are like brothers, and as you always have to fight for your brother, I will fight for you."

"I want to thank (club president Ivan) Savvidis and colleagues for their perseverance in bringing me here and to see how special this place is."

Berbatov will be the top earner in Greek football having signed a 1.6-million-euro ($1.77 million) a year contract plus bonuses with the Thessaloniki outfit, according to media reports.

The former Bulgaria striker, who is his country’s all-time leading goalscorer, joined Monaco in 2014 from Fulham and helped the French side reach the Champions League quarter-finals in April.

PAOK finished third in the Super League last season after fading in the second half of the campaign following a strong start, which had them dreaming of a first league title since 1985. [Reuters]

Olympiakos swoops for Ideye and Hernani