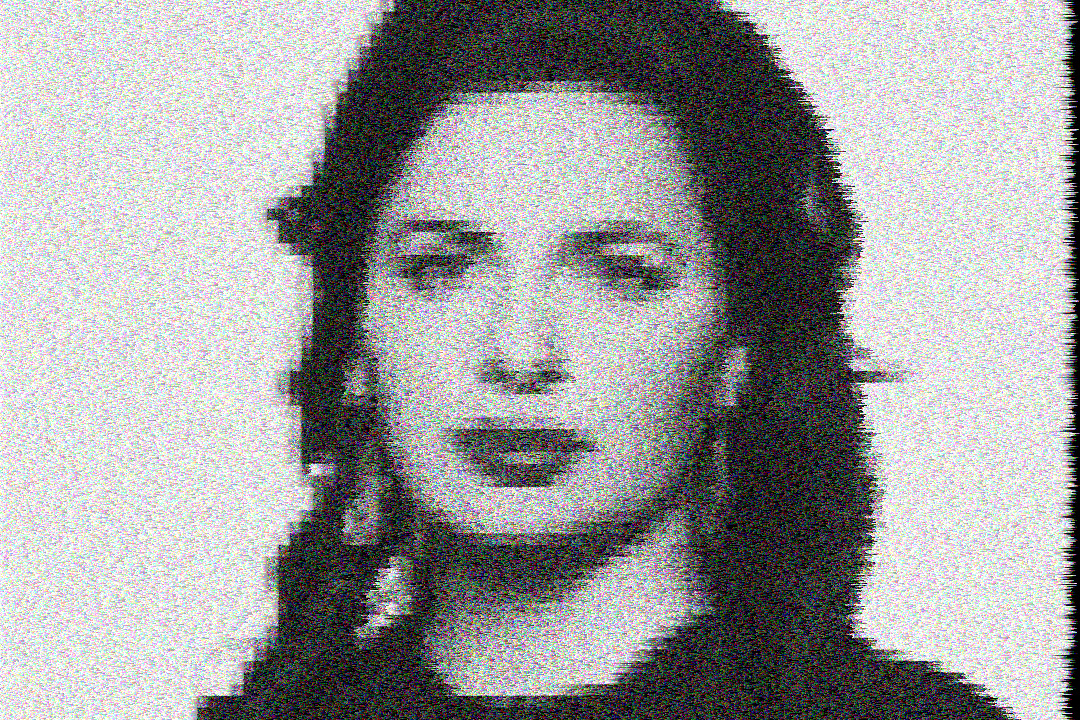 “Take the money and run, and blame someone else,” Ruja Ignatova allegedly told her partner in an email describing her exit strategy if their business plan went south. On October 25, 2017, the Bulgarian-born who wooed thousands of investors with promises of faster and headier returns than Bitcoin, disappeared. She boarded a Ryanair flight out of Sofia to Athens and has been missing ever since. The FBI are still looking for the woman who introduced herself as the “Cryptoqueen.”

Ignatova created OneCoin in 2014, claiming that it would become the biggest cryptocurrency in the world. The Oxford University graduate had a doctorate in law and advertised her product in lavish style with spectacular galas. Dressed in luxurious gowns, she spoke at conferences from Frankfurt to Kuala Lumpur. Ignatova appeared at London’s iconic Wembley Arena in a show worthy of a rock star, and was serenaded by Tom Jones at a private birthday party. Across Europe, Africa and Asia, people sold property, took out loans and urged their friends and relatives to entrust her with their savings. Thousands of those investors were based in Greece.

According to the American authorities, OneCoin was a pyramid scheme worth billions of dollars and Ignatova is wanted in the United States for fraud and money laundering. Her brother Konstantin Ignatov signed a plea deal for similar crimes last month and may be put in a witness protection program. American lawyer and associate Mark Scott was convicted a few weeks ago in New York for laundering 400 million dollars from the alleged scam.

To this day, the company’s headquarters in Sofia has denied all charges, claiming that the business is completely legitimate. Speaking with a Greek man who met the “Cryptoqueen” and people who were approached to make an investment or who participated in promotional events, Kathimerini delves into the impact of OneCoin in Greece.

The impact in Greece

According to American judicial documents seen by Kathimerini, OneCoin pulled in profits of 2.2 billion dollars from 2014 to 2016: 60 percent of investors were in China, 18 percent in Europe and 15 percent in Australia.

British journalist Jamie Bartlett, who investigated Ignatova for BBC podcast “The Missing Cryptoqueen,” shared evidence with Kathimerini that was leaked to him and shows the investments made in Greece in the first half of 2016, worth a sum of 211,970 euros. The amount may be small compared to the money invested in other countries, but it is certainly not negligible.

“Be a part of the economic revolution!” a poster for a OneCoin promotional conference at Athens’ President Hotel on August 27, 2016 read. Similar events were held over the next couple of years.

Those who invested were encouraged to bring others on board. They usually started with people who were close to them. “I was approached by a colleague in the spring of 2018. I didn’t know whether he was hunter or prey. She told me that her husband had invested in a cryptocurrency that was going to be even bigger than Bitcoin. She showed me photographs from conferences. When I dug a little deeper, asking her where the company’s servers were based, for example, she came up with all sorts of crazy things. I refused to be converted,” a woman in Athens told Kathimerini on the condition of anonymity since she still works with the woman who tried to recruit her.

OneCoin’s skyrocketing popularity was based on multilevel or network marketing. Konstantinos Bakalis says he found the idea of an alternative economy “excellent.” He became an independent associate of the company’s OneLife promotion network in 2016. They organized weekly briefings and monthly training seminars. He says that their products were educational packages ranging in value from 140 to 5,500 euros. Participants would buy a package and be given a certain number of “tokens” as a gift, which would allow them to “mine” OneCoins. In Greece, the network had 3,500 members.

According to the American court documents, anyone who brought a new person on board would get a commission of 10-25 percent of the value of the package the new arrival bought. However, only 60 percent of that amount was offered in cash; the rest was in OneCoins or tokens. Bakalis says he bought an educational package of 5,530 euros and ended up having 50,000 OneCoins. The Bulgarian company claims that one unit of the cryptocurrency is today worth some 30 euros. In theory at least, Bakalis would be a millionaire today if only there was a way to convert the cryptocurrency into cash. For years, Ignatova promised that an exchange system would be set up – it has yet to transpire.

Bakalis said he met Ignatova in August 2016 at a private meeting with 50 independent associates. “Her speech was short, authoritative and stern. She made recommendations about how we should communicate the concept and asked that we emphasize the academy rather than the currency. I admit that I was impressed by her and she made me feel like she could pull off this incredible feat,” he told Kathimerini. “She gave me the impression of a brilliant businesswoman and convinced me of her vision. Now I know that I was wrong.”

Bakalis says that he stopped actively promoting OneLife in April 2019. He informed the company that was ending their cooperation three months ago and closed down the OneLife Hellas website. He says he left because he disagreed with the way the network was being developed. “I wasn’t granted any particular privileges or a role by the company,” he stresses.

“Unfortunately, the people who came up with the idea and founded the company were the same ones who destroyed it at the end. I was saddened and surprised to read of Mr Igantov’s confession in the United States. The company, through its representatives, gave us all the assurances we needed about the future of the project and reassured us with regard to the rumors that were going around,” says Bakalis.

A beauty pageant to promote OneCoin

Even though Ignatova had withdrawn from the public sphere in 2017, and despite her brother’s arrest on March 6, 2019 at Los Angeles airport, OneCoin was still being promoted worldwide. This appears to have been the purpose of the Miss OneLife beauty pageant held last April in Bucharest. Sofia Krania represented Greece after her manager received an offer. She was one of the 30 models that competed in the event, and she didn’t know anything about the alleged cryptocurrency.

Krania says that before setting off for the Romanian capital, the organizers had promised prizes of 500 euros in cash for the top 10 contestants. Those “cash prizes” ended up being OneCoins. “We told them that we wanted real money and they said it wasn’t possible,” she says. “I thought the whole thing was a bit of a scam from the moment I got there.”

Krania says she was paid 1,500 OneCoins which she could apparently redeem on travel – not on airfare, she was told, but on covering accommodation and food costs via a platform called DealShaker. Apart from the very limited options this platform offered, Krania says that until two months ago, her account there was still empty.

“Some people are suffering from depression, others are experiencing suicidal tendencies, others are angry. This was a global scam that even touched the poorest countries. People invested their life savings in this currency and were left in an ocean of debt,” Jen McAdam told Kathimerini in a telephone conversation from Scotland. She was once an avid fan of OneCoin and, even though she knew nothing about cryptocurrencies, she invested 10,000 euros and convinced some of her relatives to do the same. Today she runs support groups for victims of the scam on WhatsApp and Facebook.

According to the US judicial documents, OneCoin does not use blockchain technology and cannot be mined using computer resources – as is the case with other cryptocurrencies – meaning that the market could be manipulated by its creators. The Bulgarian company claims that exchange rates are determined by supply and demand, and also that it has its own private blockchain running out of servers in Bulgaria and Hong Kong.

Journalist Jamie Bartlett spent months investigating the OneCoin story for the BBC podcast. He tells Kathimerini that he met several people who were part of the pyramid scheme but it wasn't always clear whether they were victims or the scammers.

“There is a lot of people that bought into OneCoin and really believed in it. They recruited their friends and family into OneCoin with good intentions. They thought they were all going to get rich together. But because they could make a small commission on doing that, they were inadvertently scamming their nearest and dearest,” he says. “And that's what makes pyramid scams in particular very insidious. Because it kind of breaks families apart, friendships.”

Bartlett notes that multilevel marketing was key in the rapid spread of OneCoin’s popularity. As far as the education packages offered worldwide are concerned, he says that investors are presented with texts that are more or less the product of plagiarism.

He has heard a lot of rumors about the Cryptoqueen’s supposed whereabouts. An employee of a high-end Athens restaurant identified her in a photograph shown to him by a private investigator working for the BBC, saying she had eaten there within the past few months.

“Her brother Konstantin Ignatov in a recent court case in the US said that she was met there, at Athens Airport, by Russian-speaking men,” says Bartlett.

The FBI agent in charge of the investigation into Ignatova’s whereabouts also reached out to the security attache at the US Embassy in Athens. The agent, however, was surprised by her choice to fly with a budget airline – she usually preferred private jets.