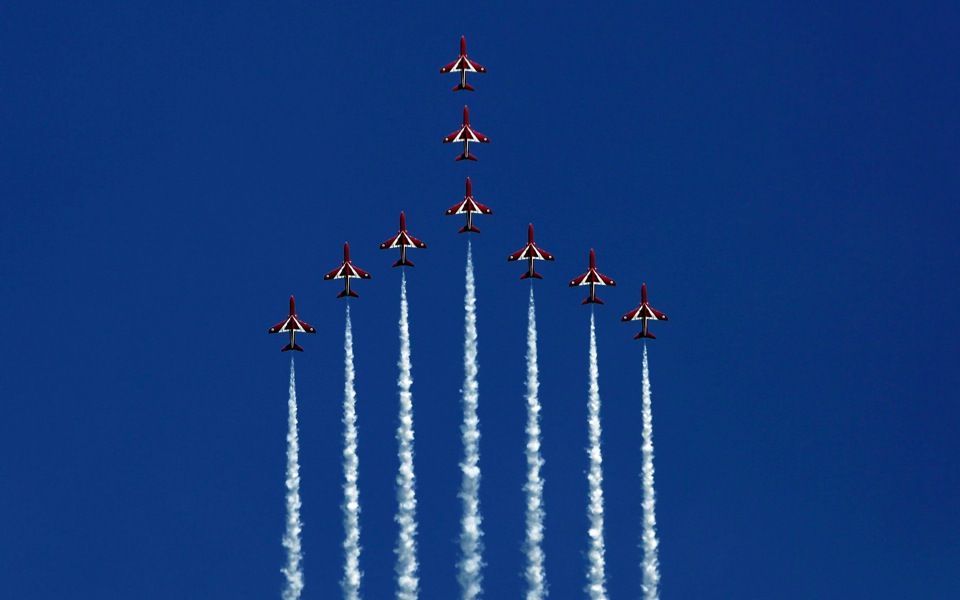 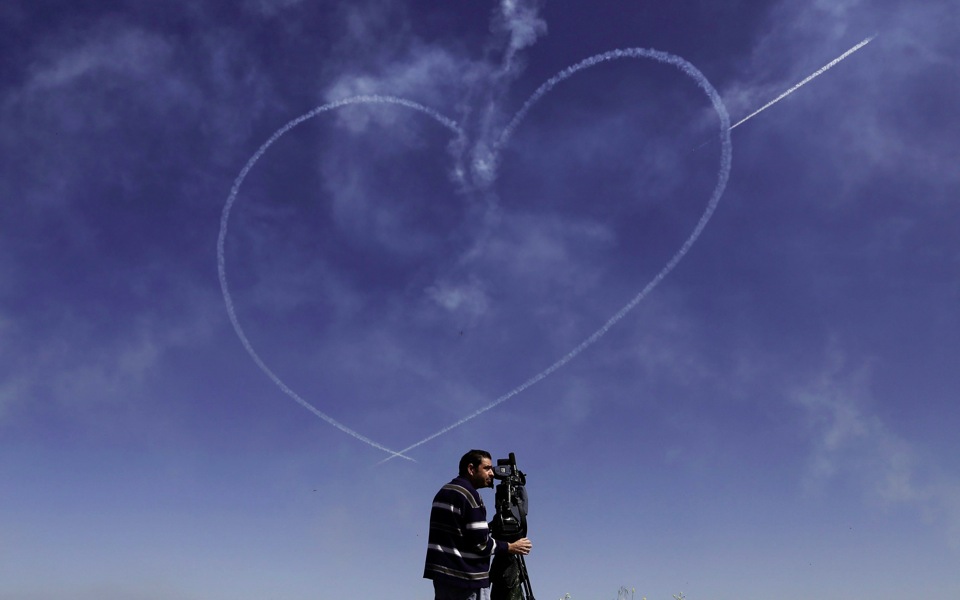 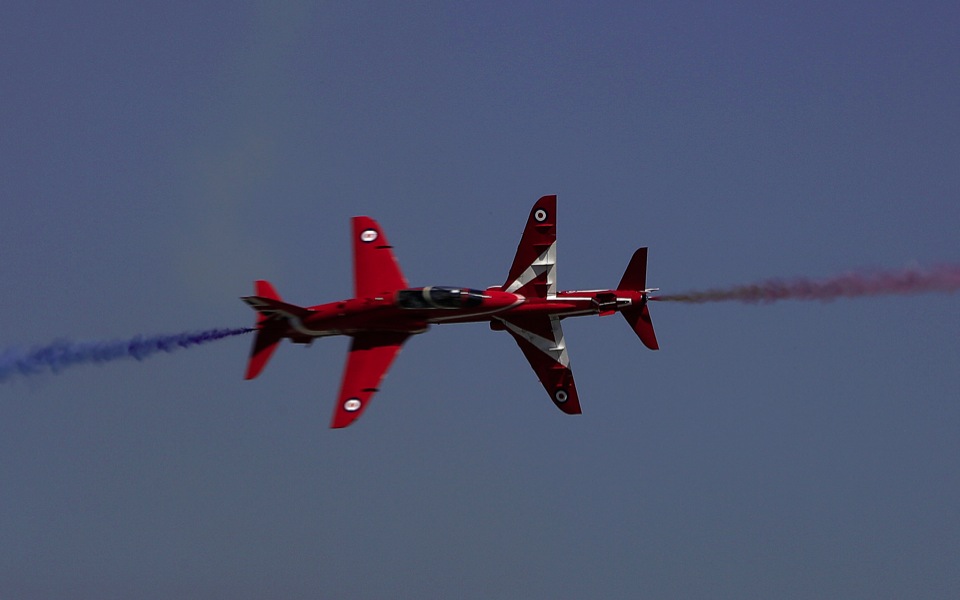 Aircraft from the aerobatic team of Britain’s Royal Air Force, the Red Arrows, perform an aerial display during training over Tanagra military airport, about 70 km north of Athens, Wednesday. The team, including pilots, engineers and other support personnel, will operate from the Hellenic Air Force base for another three weeks as they prepare for the 2016 show season. Squadron Leader David Montenegro said: "The weather in Tanagra is very good in allowing us to complete the amount of practice sorties the team need to carry out before the season gets under way."