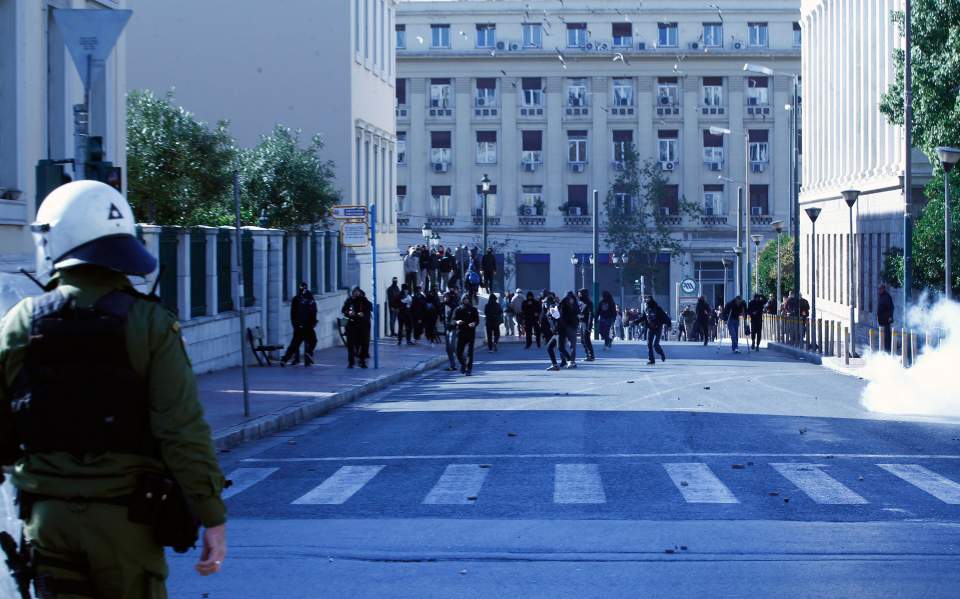 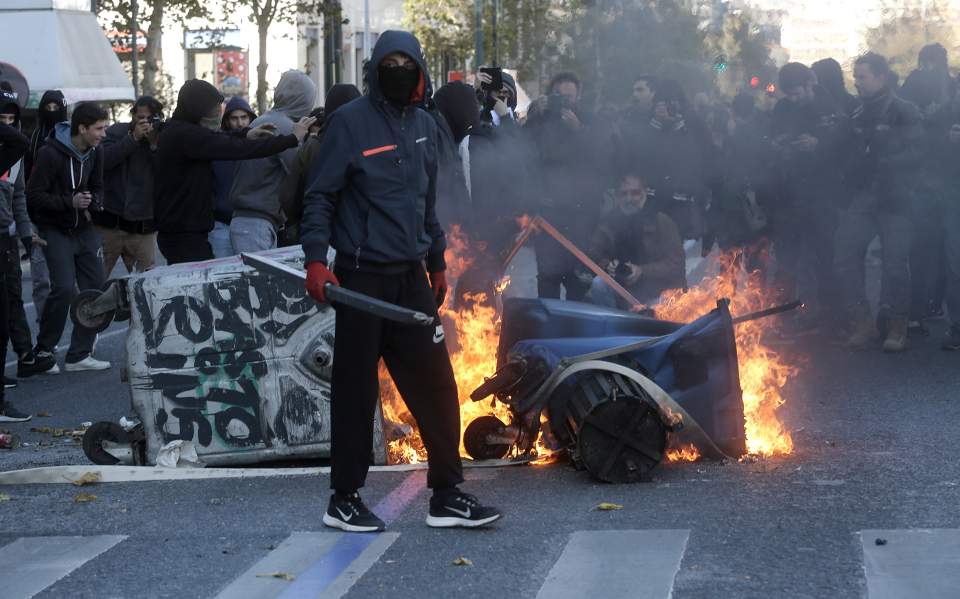 Small groups of youths have clashed with Greek police before a demonstration to mark the ninth anniversary of the fatal police shooting of a teenager in Athens that sparked the worst rioting Greece had seen in decades.

Groups of youths threw flares at riot police, who responded with limited use of tear gas in central Athens. The tension came ahead of a student demonstration through the center of the capital scheduled for mid-day. Another protest by mainly anarchist groups is planned for the evening.

About 2,000 police were deployed in Athens for the commemorations of the 2008 death of 15-year-old Alexis Grigoropoulos, shot by police while out with friends in a central neighborhood of Athens, a district popular with anarchists. [AP]