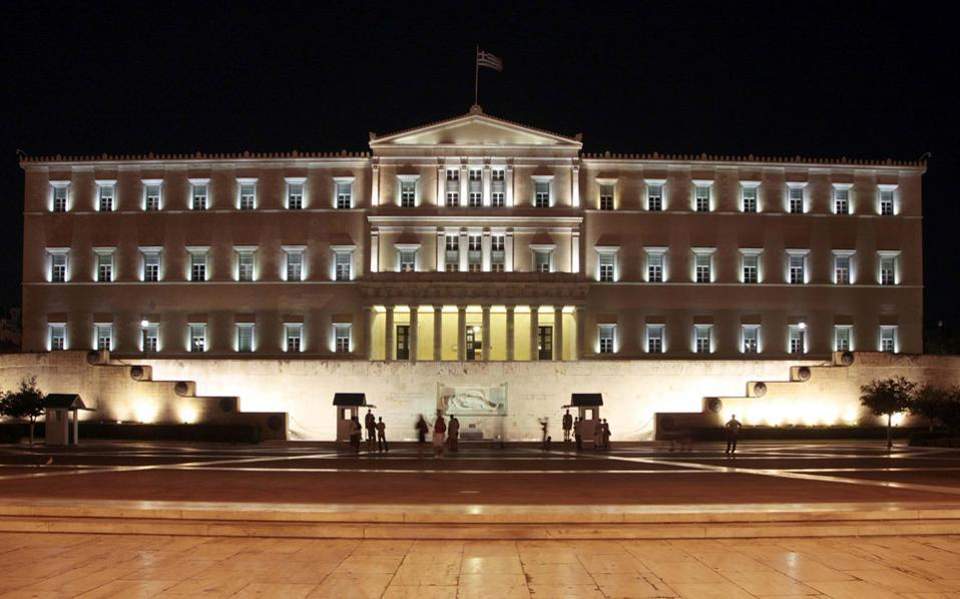 Among the measures included in the vast draft legislation is the stipulation that as of February 21, all property auctions will be conducted electronically. 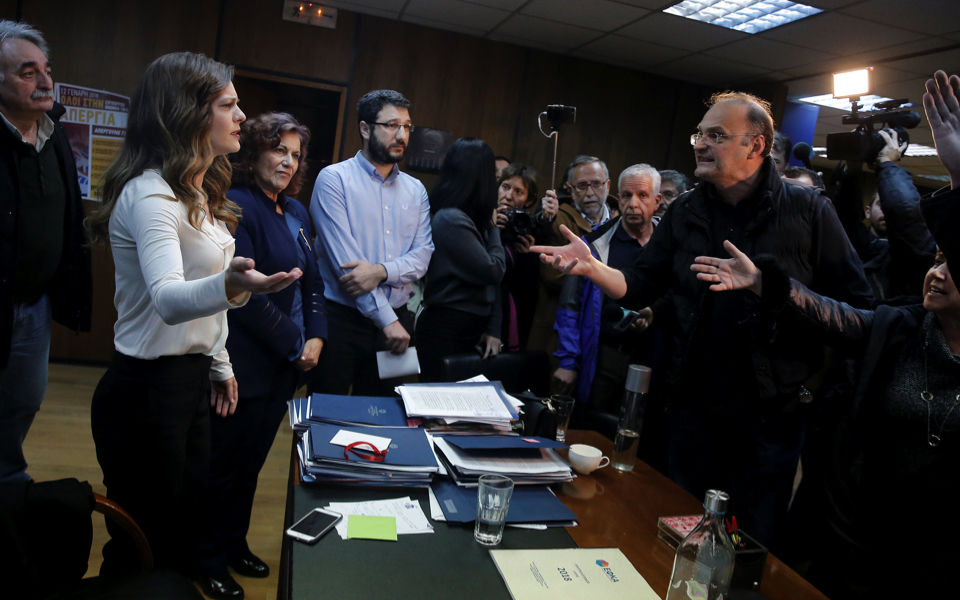 Members of the communist-affiliated trade union PAME argue with Labor Minister Effie Achtsioglou (l), after storming the ministry in Athens during a demonstration against changes to laws about calling strikes in the capital, on Tuesday.
Newsroom
January 9, 2018 09.01.2018 • 20:39

A multi-bill stretching to more than 400 pages was submitted to Parliament on Tuesday as the government seeks to tie up the third review, leaving just one more inspection by the institutions before the current bailout program ends in the summer.

Among the measures included in the vast draft legislation is the stipulation that as of February 21, all property auctions will be conducted electronically. E-auctions were launched at the end of November and, according to the omnibus bill, foreclosures will no longer be carried out in courts from next month. Instead, e-auctions will be held on Wednesday, Thursday or Friday each week apart from August 1 to 31.

One of the most politically contentious aspects of the bill is the change to the rules governing strikes by unions. According to the draft legislation, at least half of the paid-up members of first-level unions will have to vote before a strike can be called. The current proportion stands at a third. The private sector union GSEE and its public sector counterpart ADEDY have said they will protest this measure. The Communist Party-affiliated union, PAME, is also opposed to the change and its members forced their way into the office of Labor Minister Effie Achtsioglou on Tuesday to voice their objections.

The omnibus bill also introduces a new method for calculating family’s child benefits, which takes into account the number of children concerned and income criteria (between 6,000 and 15,000 euros per year). The benefit will amount to between 28 and 140 euros per child per month.

The creation of a new public agency to battle financial crime is also foreseen in the bill. The service will have 135 employees and will focus only on financial crime, including tax evasion, which involves large amounts of money.

It is the government’s aim for the draft law to be voted on by MPs in the coming days, leaving enough time for the institutions to compile their Compliance Report ahead of the January 22 Eurogroup, when Athens hopes that the third review will be officially completed and an agreement will be reached on the next loan disbursement.