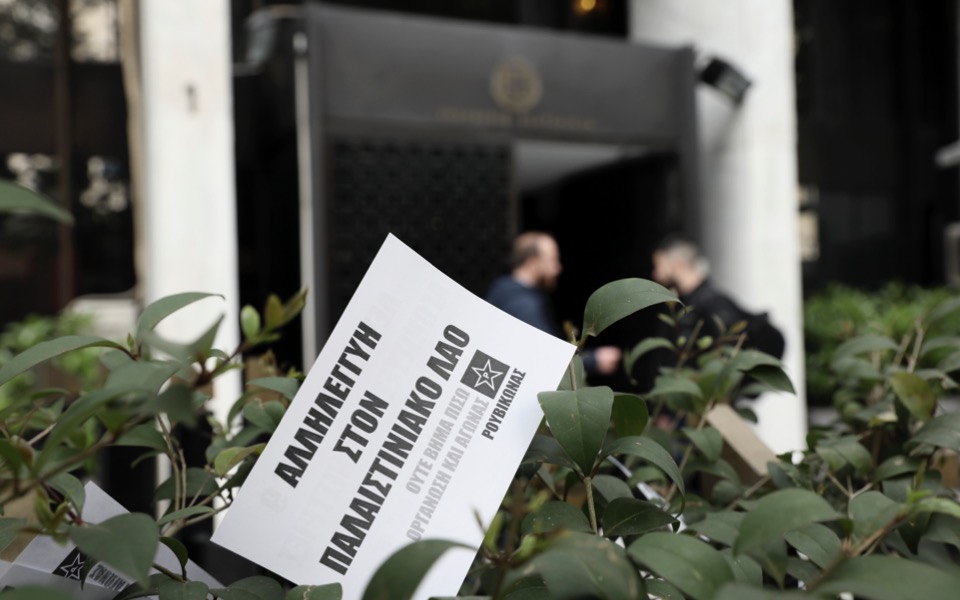 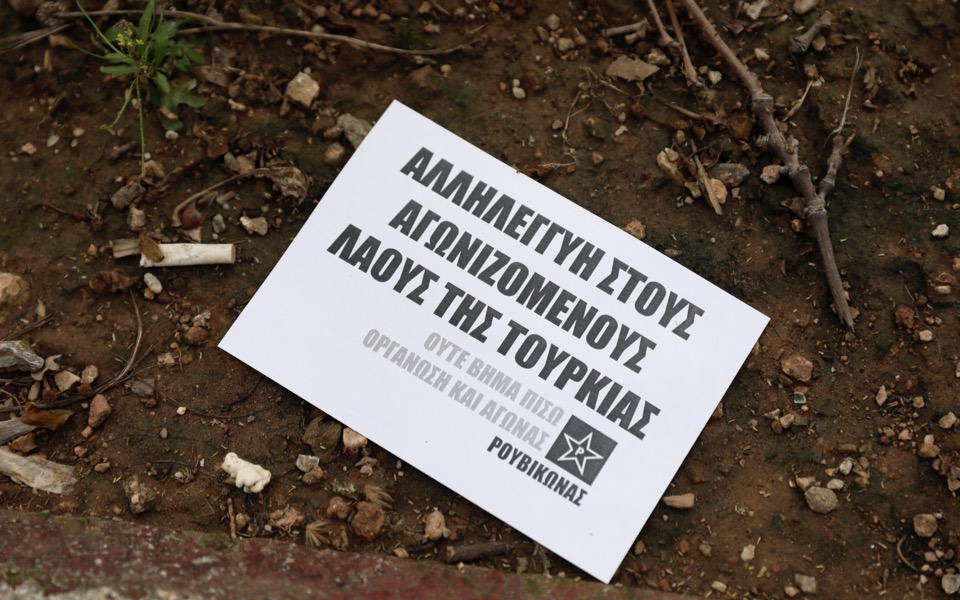 Members of self-styled anarchist group Rouvikonas threw flyers outside the Greek foreign ministry on Wednesday afternoon to express solidarity with Palestinians and nine alleged members of the Turkish DHKP-C terrorist group who have been jailed in Greece since 2018.

About 15 individuals attempted to unfurl a banner outside the foreign ministry on central Vassilisis Sofias street shortly after 5 p. m. but were prevented by policemen guarding the building.

Officers reportedly detained an unspecified number of the suspects.

At about the same time, another group of unknown individuals damaged a police car driving through the Exarchia district.

Migrants arrested in Diavata say they were misled by social media