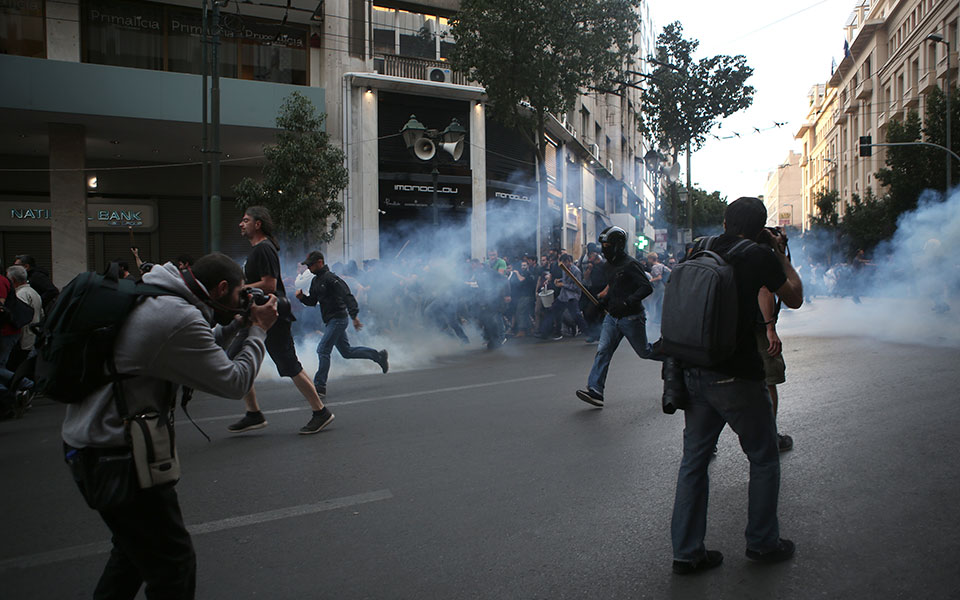 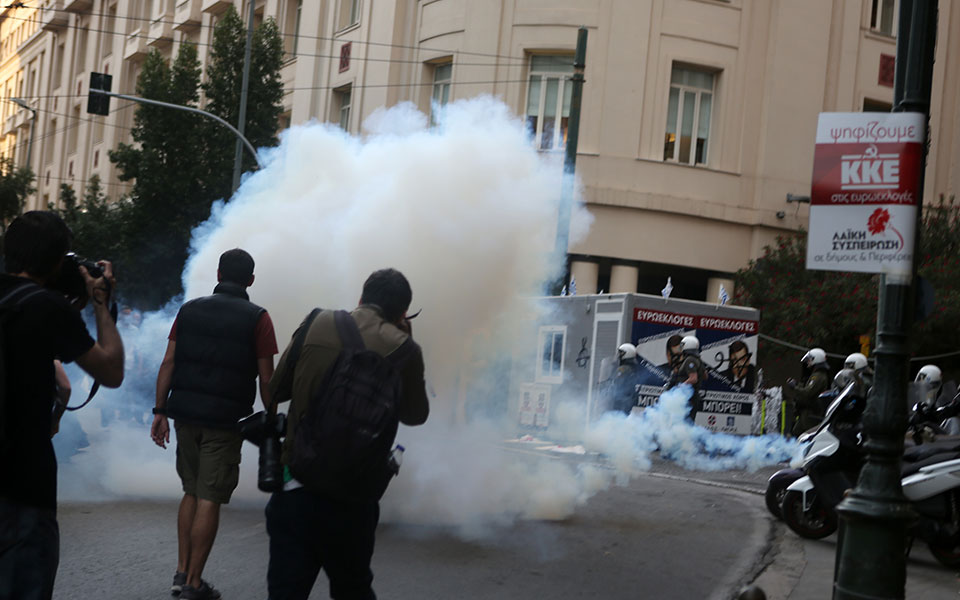 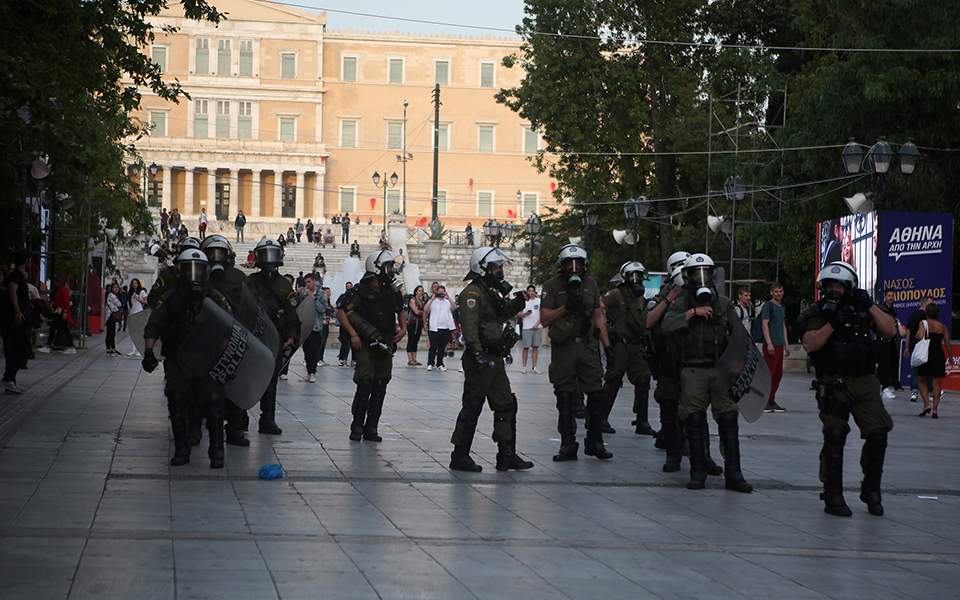 Greek police clashed with protesters in central Athens on Tuesday evening during a march in support of a far-left jailed terrorist.

Riot police fired teargas against protesters who were near central Stadiou Street. Streets around Syntagma square were closed off to traffic due to the march.

Self-styled anarchists have recently mounted attacks against banks, offices of political parties and other high-profile buildings to demand that convicted terrorist Dimitris Koufodinas is granted his seventh prison leave.

On Tuesday, members of anarchist group Rouvikonas threw paint at the Parliament building and fired smoke bombs. One person was arrested.

The penal section of the Supreme Court on Tuesday discussed an appeal filed by the court's top prosecutor Xeni Dimtiriou against the rejection of Koufodinas' furlough and is expected to announce its decision on Thursday or Friday.

The judges convened in a closed-door session to examine the case. Dimitriou, who was not present at the hearing and was represented by the deputy prosecutor, has argued that even criminals serving multiple life sentences can be granted a furlough, provided they have served a specific part of their term.

Motorcycle rally in support of Koufodinas planned in Thessaloniki

Self-styled anarchists splash paint at residence of US ambassador

Anarchist rally in support of Koufodinas planned for Tuesday evening

Teachers to hold rally at Syntagma Square at noon