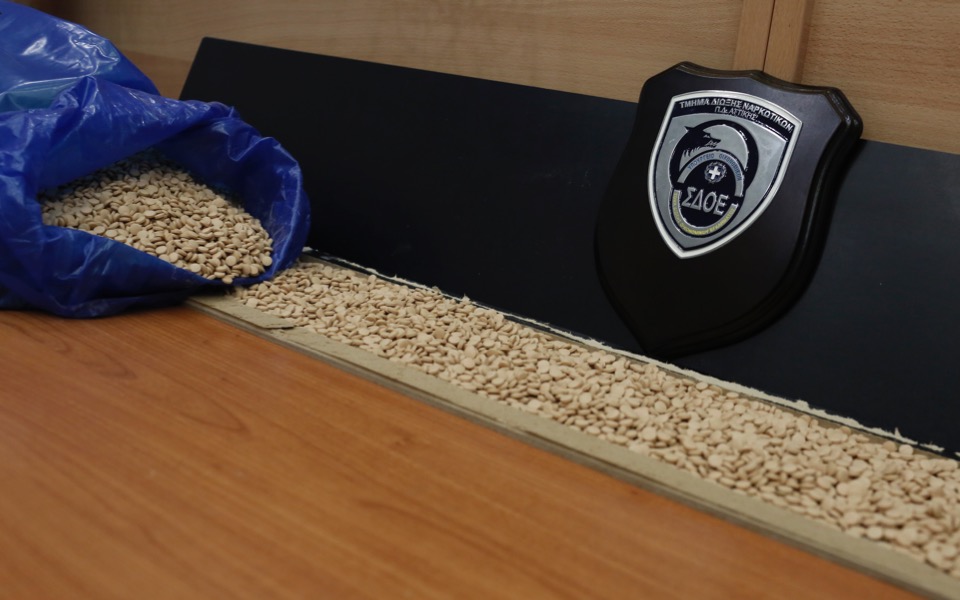 Financial crimes investigators in the port of Piraeus on Thursday completed a count of a haul of drugs seized at a container terminal last week, saying it consists of more than 33 million counterfeit Captagon pills, containing the powerful psychostimulant fenethylline.

The haul is the biggest of its kind worldwide and has an estimated street value of 500 million dollars.

The drugs were discovered in three containers that had been shipped from Syria and were en route to China, via Piraeus, during an operation by Greece’s Financial Crimes Squad, in cooperation with the American Drug Enforcement Agency. It took 20 people seven days to count the pills.

The pills had been hidden inside hollows carved into planks of fiberboard, which is what the shipment papers claimed. Captagon is also known as the “jihadist’s drug” because of its widespread use by ISIS fighters in Syria.

Crackdowns on cannabis plantations on the rise