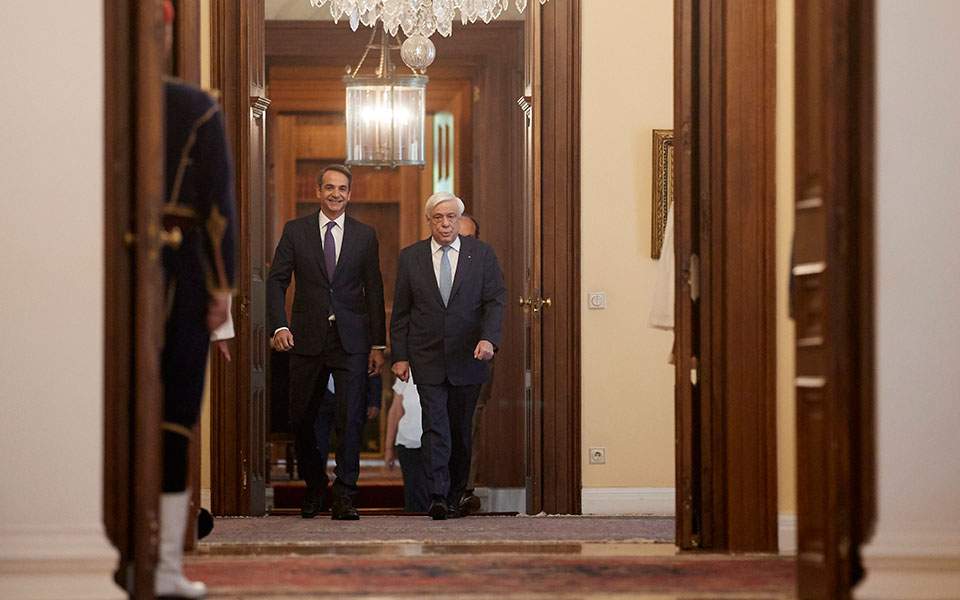 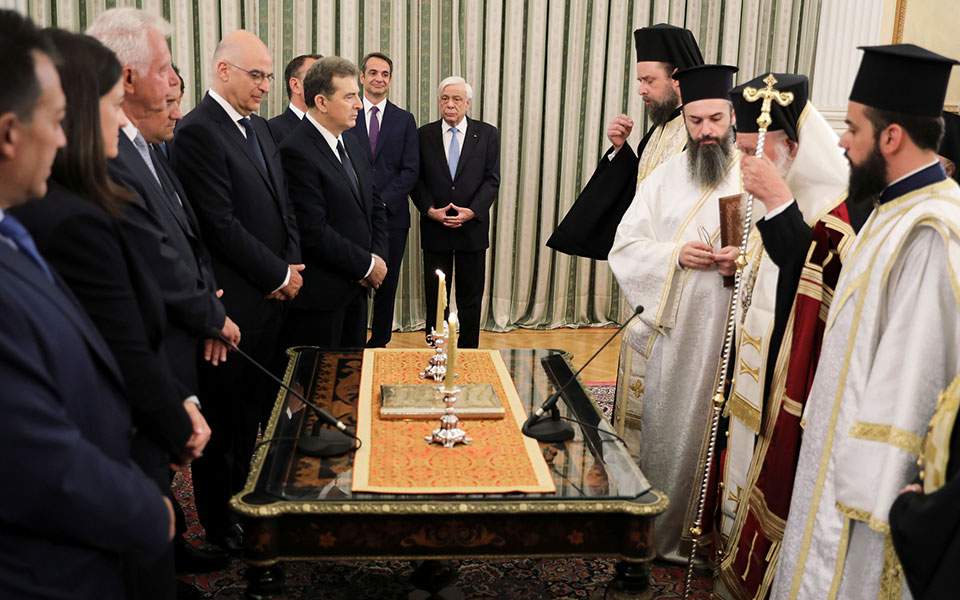 Greece’s new cabinet was sworn in on Tuesday after New Democracy leader Kyriakos Mitsotakis became elected on Sunday on a pledge to create jobs and lure investment to the economically stricken nation.

The new cabinet was sworn in by Athens Archbishop Ieronymos. Ahead of the ceremony at the Presidential Mansion, the incoming ministers pledged to work hard to deliver on the party’s promises without delay.

“Not a single day of rest. Today marks the beginning of hard work,” Adonis Georgiadis, who is taking over the development and investment portfolio, told journalists ahead of the ceremony.

Incoming minister for environment and energy, Costis Hatzidakis, pledged “moderation and speed for an effective policy.”

“We promise to make every possible effort, we face many challenges ahead,” said Sofia Zacharaki who is taking over as deputy education minister.

Mitsotakis on Monday appointed a cabinet including trusted aides as well as several figures from outside the political sphere.

The new cabinet is scheduled to have its first session at 11 a.m on Wednesday.

Cabinet tasked to get fast results