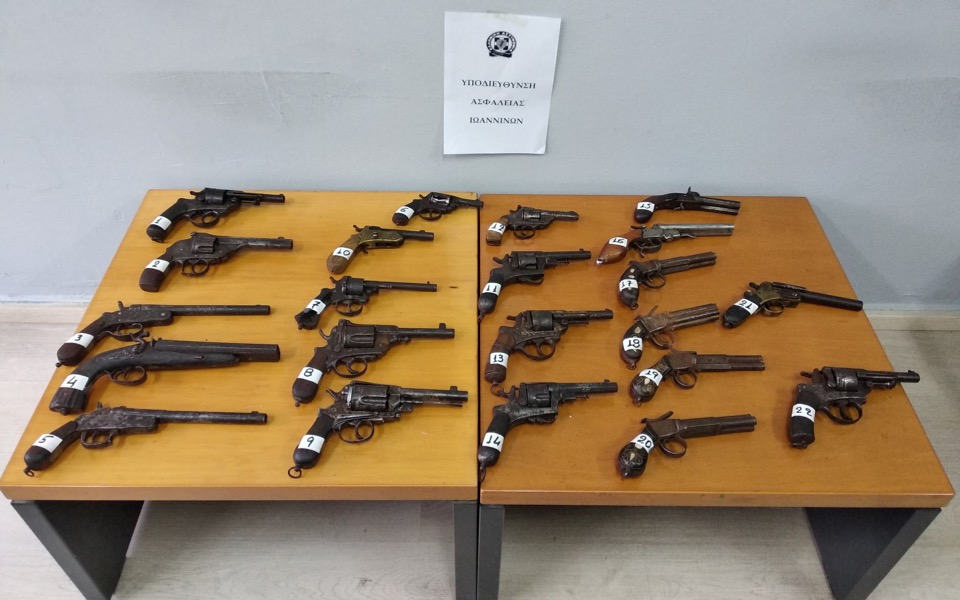 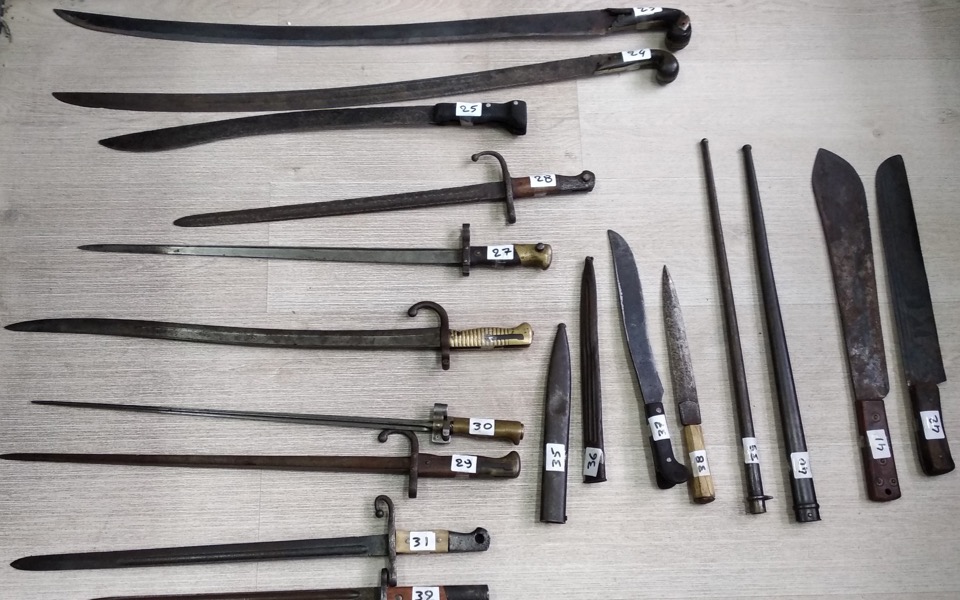 Police found and seized a cache of 19th century weapons in a travel bag in Amfithea near Ioannina Lake in western Greece on Monday.

According to reports, police found the bag containing dozens of weapons hidden among reeds after receiving a tip-off.

An investigation has been launched.