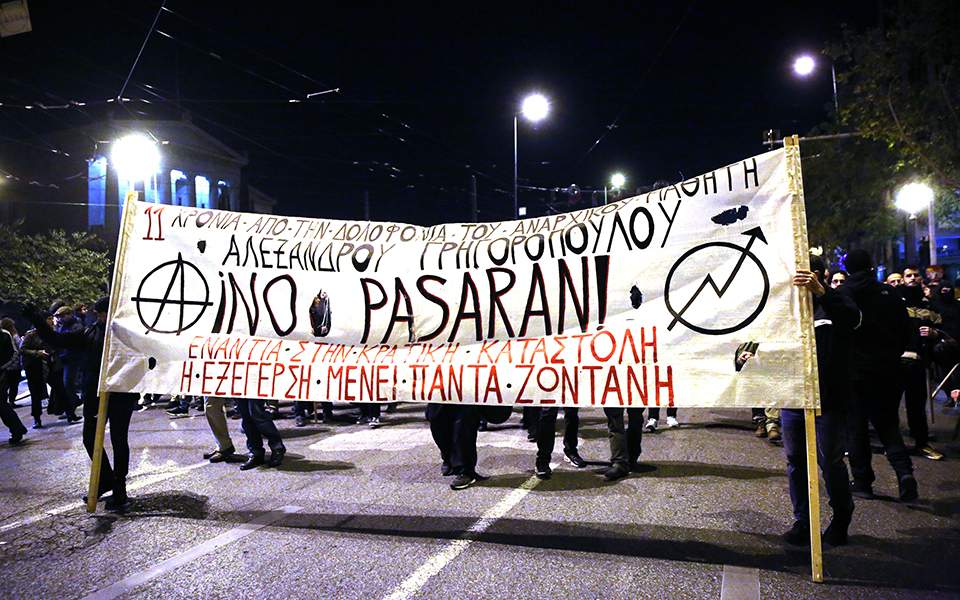 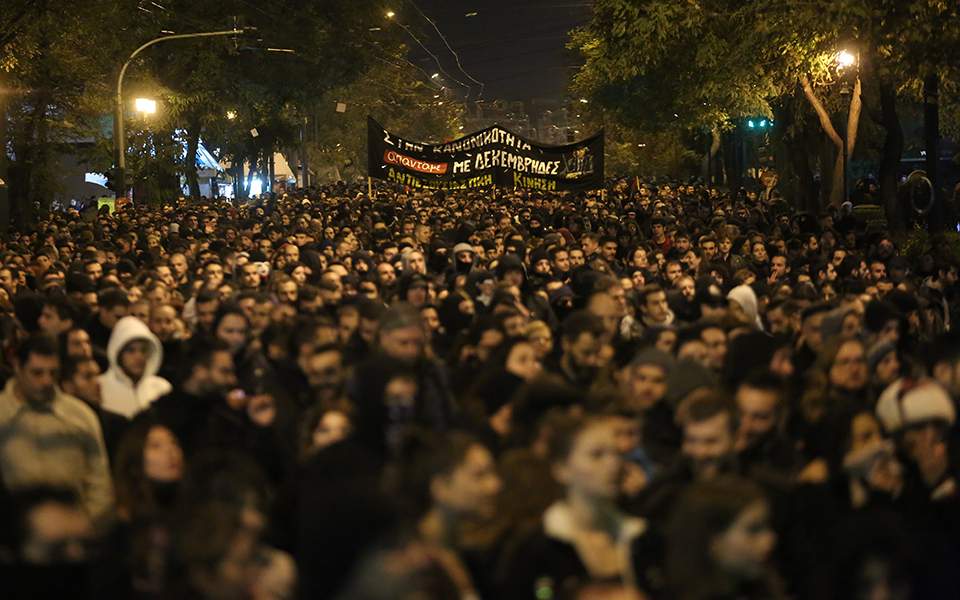 Leftist organizations and anti-establishment groups marched in central Athens on Friday evening to mark the 11th anniversary since the 2008 shooting of 15-year-old Alexandros Grigoropoulos by a former police officer.

In a joint statement issued earlier in the day, anti-establishment groups called on Greeks "to take to the streets against a policy that crushes our life and freedoms."

Traffic was disrupted aroung central Syntagma square and the surrounding avenues, while the Panepistimio metro station remains closed as thousands gathered in the annual rally. A separate march is expected later in the evening at the spot were Grigoropoulos was shot in the district of Exarcheia.

In Thessaloniki, two marches are underway in the city center: The bigger one is organized by anarchists and anti-establishment groups, while the latter includes student associations and leftist groups.

Riot police officers are stationed in areas where the demonstrations are taking place and drones will carry out air surveillance.

Police out in force for anniversary of teen killing