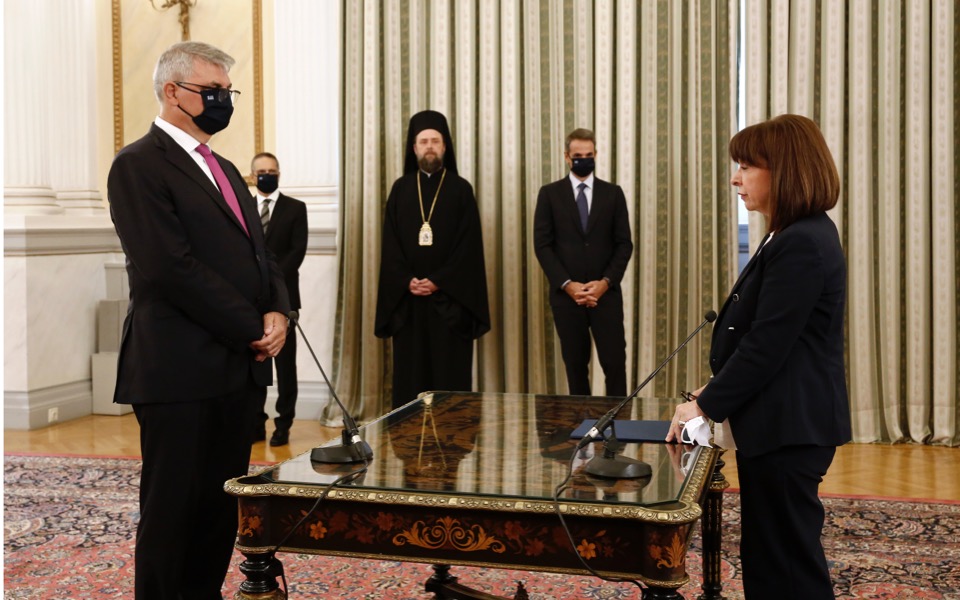 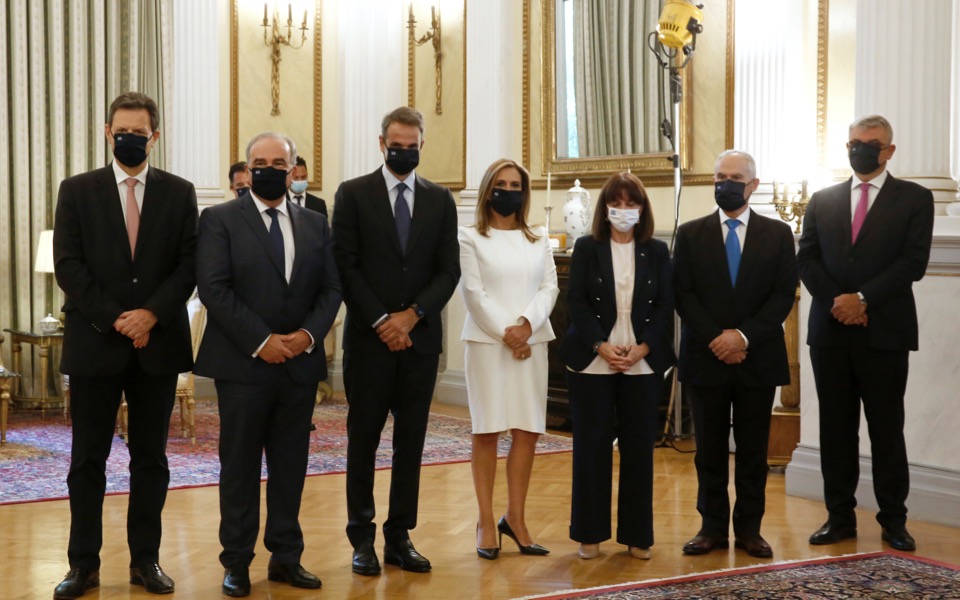 The five new members of the Greek cabinet were sworn in on Wednesday, a day after the mini-reshuffle of Prime Minister Kyriakos Mitsotakis.

The swearing-in ceremony took place before President Katerina Sakellaropoulou and in the presence of Mitsotakis at the Presidential Mansion.

PM to make public statement during coronavirus briefing on Wednesday

PM tweaks cabinet to increase efficiency on the economy, labor and environment

‘Mini-restructuring’ of cabinet expected on Tuesday