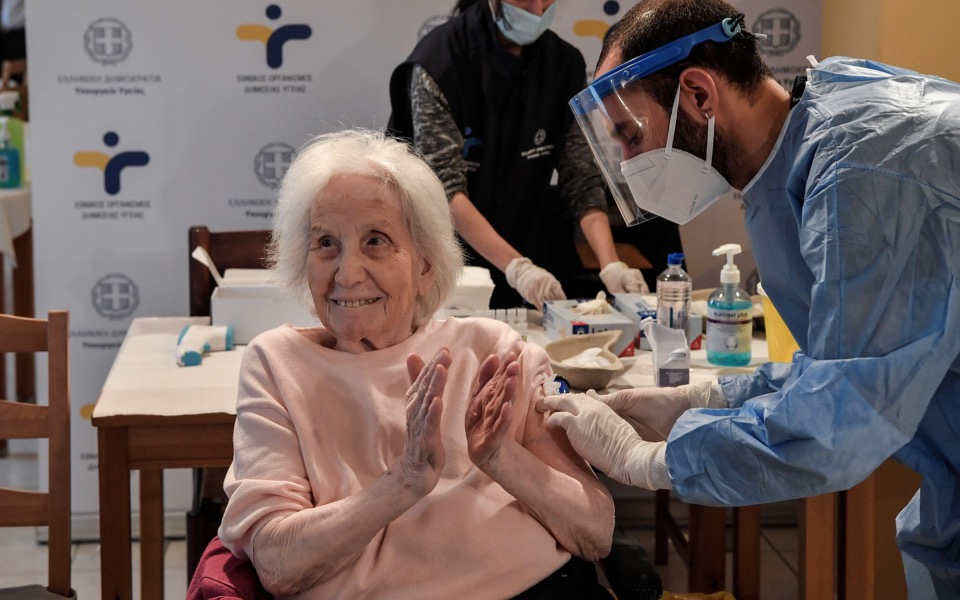 An elderly woman claps her hands after receiving a vaccine against the coronavirus disease (COVID-19) at a nursing home in Athens, Greece, January 4, 2021. [Louisa Gouliamaki/Reuters] 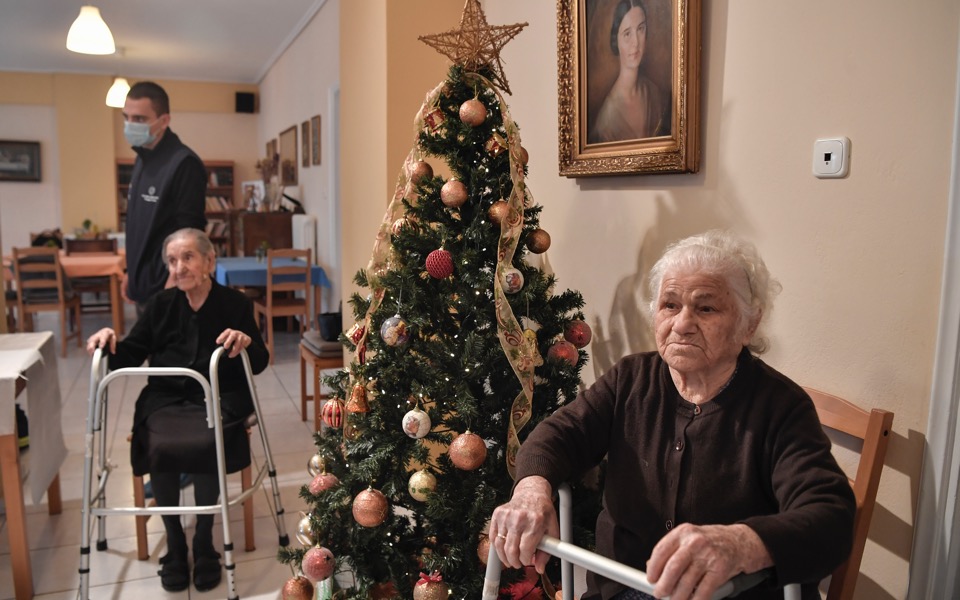 Elderly women wait to get vaccinations at a nursing house in Athens, Monday, Jan. 4, 2021. Vaccinations were expanded from 9 to 50 hospitals nationwide on Monday. [Louisa Gouliamaki/Pool via AP] 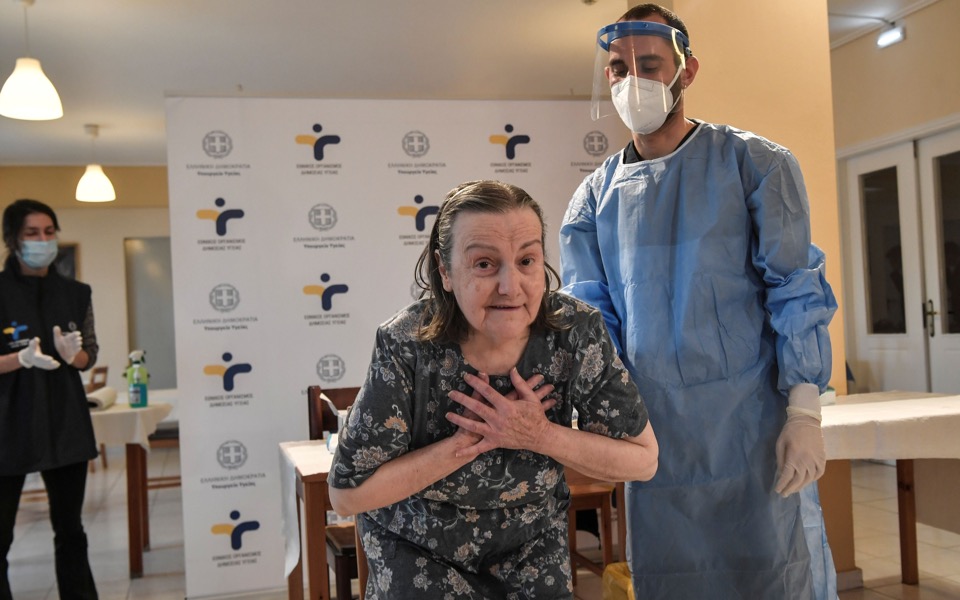 Greece started vaccinating elderly care home residents against Covid-19 on Monday in the next phase of its inoculation campaign that begun nine days ago.

Officials want around 100,000 health care workers, care home residents and other vulnerable people to be inoculated against the coronavirus by Jan. 20, before rolling out the vaccine to the wider population.

Greece received its first batch of 9,750 vaccine doses from drugmakers Pfizer and BioNTech on Dec. 26 and will receive further batches under the EU-wide order for 300 million doses placed by the European Commission.

Health authorities have said 9,528 people, including Prime Minister Kyriakos Mitsotakis, state officials and frontline healthcare staff, have already received the first Covid-19 shots since the start of the campaign on Dec. 27.

"I was pleased about the vaccine, I hope everything goes well for all humanity," said 95-year-old Despoina Chalari as she received her jab. "I hope my children do it as well, because I cannot see them at all. I am very pleased."

While Greece has been more successful in containing Covid-19 than many other countries in Europe, its health services, weakened by years of financial crisis, have struggled.

With 139,447 infections and 4,881 related deaths reported since February, hospitals have been under intense pressure and healthcare workers stretched to the limit. The government has extended lockdown measures, closing hair salons and bookstores that had been allowed to reopen in the run-up to Christmas for an extra week.

However infections remain high in northern Greece and western Athens and on Sunday, health ministry officials said they had found four cases of the new more infectious coronavirus variant recently identified in Britain.

The four, travellers from Britain, are in quarantine.

Fresh fears in Kozani after clerics test positive for Covid

EU in discussions with Pfizer-BioNTech for additional vaccine doses