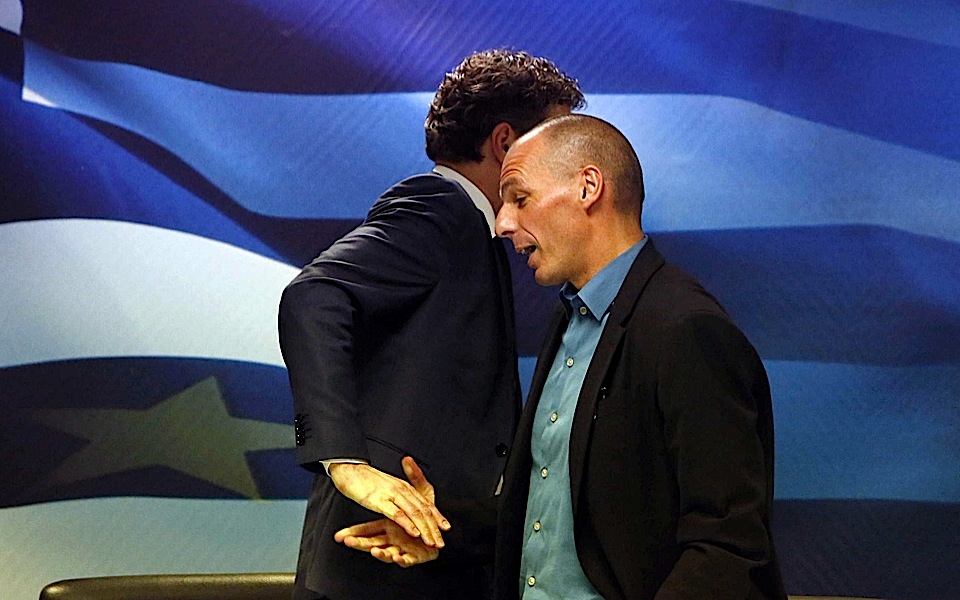 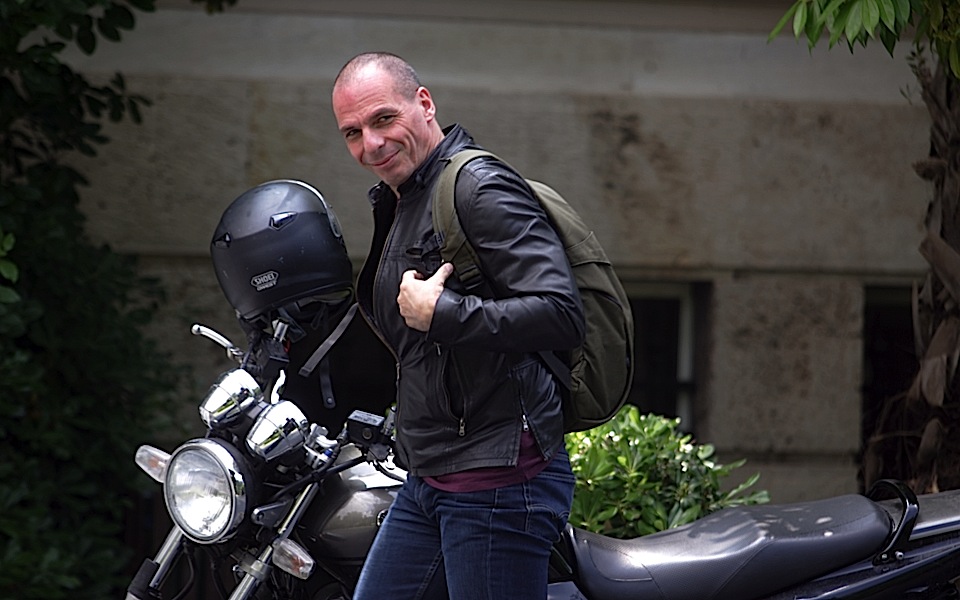 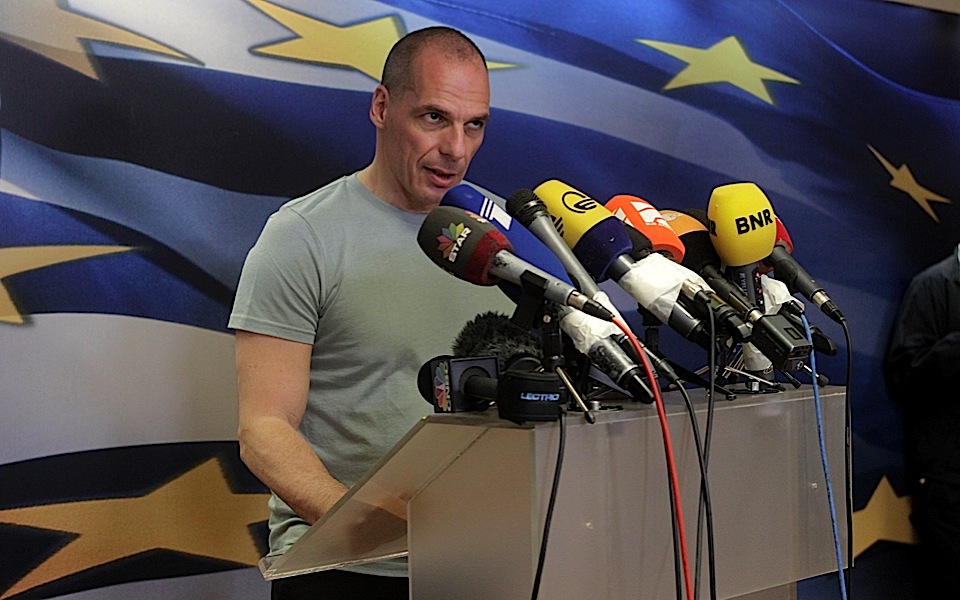 There was the leather jacket, the motorbike and photo shoots of the man they said was like more a rock star than a finance minister. Then there were the lectures and proposals that left his European counterparts bemused and often annoyed.

As Greece’s Yanis Varoufakis leaves the job and bows out of ever-urgent talks to keep the country in the euro, the economic professor’s theories on how to fix Europe’s malaise return to the domain of academia, his blog and Twitter account.

From condemning Greece’s creditors to plans to enlist tourists to tackle tax evasion via angry exchanges at a summit in Latvia, here are some of the most memorable moments and comments from his time in office:

Elected with more votes than any other lawmaker in Greece’s new Parliament, Varoufakis announces on his personal blog that he’s going to be Greece’s new finance minister, even before a cabinet is appointed by Prime Minister Alexis Tsipras.

“Naturally, my blog posts will become more infrequent and shorter,” Varoufakis writes in his blog. “But I do hope they compensate with juicier views, comments and insights.” He goes on to comment in as many as four interviews a day.

Shirt untucked and tieless, Varoufakis says at a press conference during this first week in office that Greece “will not cooperate with this ill-constructed creation, the troika.”

It prompts a visibly angry response from Dutch Finance Minister Jeroen Dijsselbloem, who cuts the press conference short and whispers in Varoufakis’s ear before he reluctantly shakes hands with him. “You just killed the troika,” Dijsselbloem is reported to have told him.

Varoufakis tours European capitals, making stops in Paris, London, Frankfurt and Berlin, to make the case that Greece needs debt relief before anything else.

He emerges from a meeting with European Central Bank President Mario Draghi to say he had “very fruitful talks.” Later that day, Draghi shuts off direct funds to Greek banks, leaving them to rely on emergency financing.

“We agreed to disagree,” German Finance Minister Wolfgang Schaeuble tells reporters after his first meeting with his Greek counterpart in Berlin. Varoufakis retorts that “we didn’t even agree to disagree.”

Back in Athens, Varoufakis tells lawmakers that despite his affinity for game theory, he won’t apply it to Greece. “Game theory is for games; you don’t play with the fate of Greece, the fate of Europe.”

Leaving Tsipras in Brussels, Varoufakis heads to Cernobbio in Italy for an economic symposium along with his wife, the artist Danae Stratou. He predicts that Draghi’s quantitative-easing plan is “bound to fail.”

As Greece’s talks rumble on, he poses with Stratou on their terrace overlooking the Acropolis and sitting at his piano in a photo shoot for magazine Paris Match. He later says they both regret it.

Things come to a head when Varoufakis takes a hammering at a meeting of euro-area finance ministers in Riga for his refusal to deliver credible proposals, according to people familiar with the talks. He’s said to have been accused of being a time- waster, a gambler and amateur.

“I would describe today’s meeting as a complete breakdown in communication with Greece,” Maltese Finance Minister Edward Scicluna said. Varoufakis, who skips a traditional dinner with his colleagues that evening, calls the meeting “intense.”

He later reveals in an interview with the New York Times that he recorded his colleagues at the meeting, though he denied he was the target of abuse.

Tsipras intervenes to head the negotiations in meetings with the heads of the ECB, the European Commission and the International Monetary Fund.

Varoufakis denies he’s been sidelined and asserts that the government is prepared to go “down to the wire” in talks with creditors. After more than 100 days of talks, he keeps assuring everyone that a deal is forthcoming.

“Europe works in glacial ways and eventually does the right thing after trying all alternatives,” he tells the BBC on May 7. “So we probably won’t have an agreement on Monday, but certainly we’re going to have an agreement in the next couple of weeks or so.”

Without a deal, at some point Greece won’t be able to meet its obligations, he warns. “Our government cannot – and will not – accept a cure that has proven itself over five long years to be worse than the disease,” he says on May 25.

As negotiations take more unexpected turns after an acrimonious breakdown in Luxembourg, Tsipras eventually calls a referendum on the latest proposals by creditors.

Varoufakis is left out of a meeting with other euro-region finance ministers and heads back to Athens to campaign for a “no” vote.

In an interview with Bloomberg Television, he says he would “rather cut off my arm” than sign a bad deal for Greece and that he would resign if Greeks voted “yes” to more austerity. They back their government emphatically, with 61 percent voting “no.”

Varoufakis leaves the Finance Ministry on Sunday night to loud cheers from supporters in central Athens. In the morning he quits anyway, saying there was “a certain preference” among European creditors for a new face.

Faith in the unknown

Greece should vote yes and Europe should be ashamed