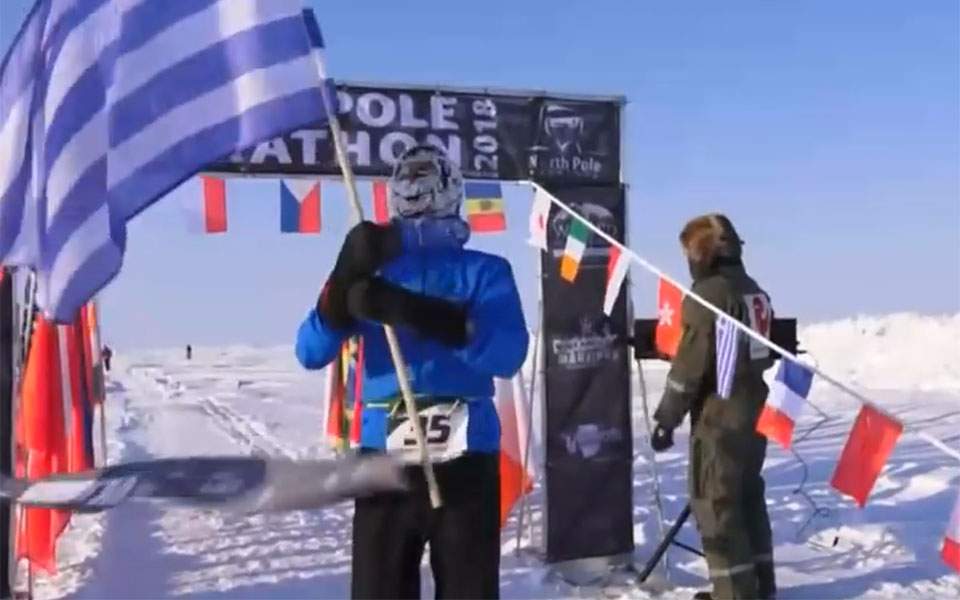 With the Greek flag in one hand and ice smothered across his face, runner Argyrios Papathanasopoulos fell to his knees in exhaustion – and celebration – after winning the North Pole Marathon, the northernmost race on Earth.

"Almost unbelievable. You know I'm a Greek guy so this is not the right place for me; it's like an Eskimo running a race in the desert," he said after winning in a time of four hours, 34 minutes and 36 seconds.

In the women's event, Guoping Xie of China was victorious in a field of 13.

Nearly all the competitors were wrapped from head to toe in warm clothing to protect them from the icy elements in the picturesque setting, amongst the frozen waters of the Arctic sea.

Australian runner Marcus Fillinger finished well down the field in 41st but did so accompanied by two husky dogs, Druro and Blue, the first canines to complete the marathon.

Christodoulopoulos takes AEK to a point from the title

Spanoulis the new all-time record scorer in the top flight

Panathinaikos to leave the Euroleague this summer