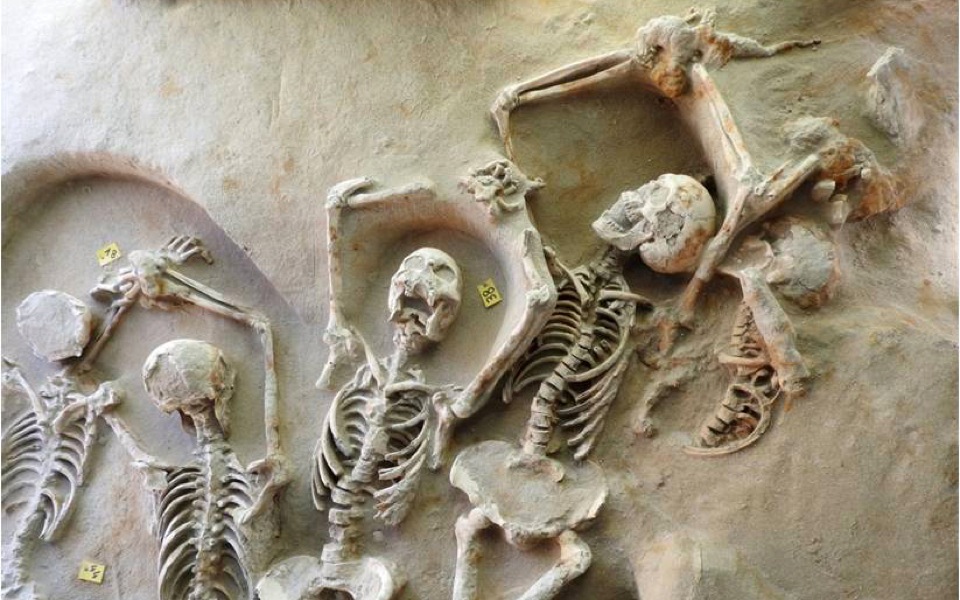 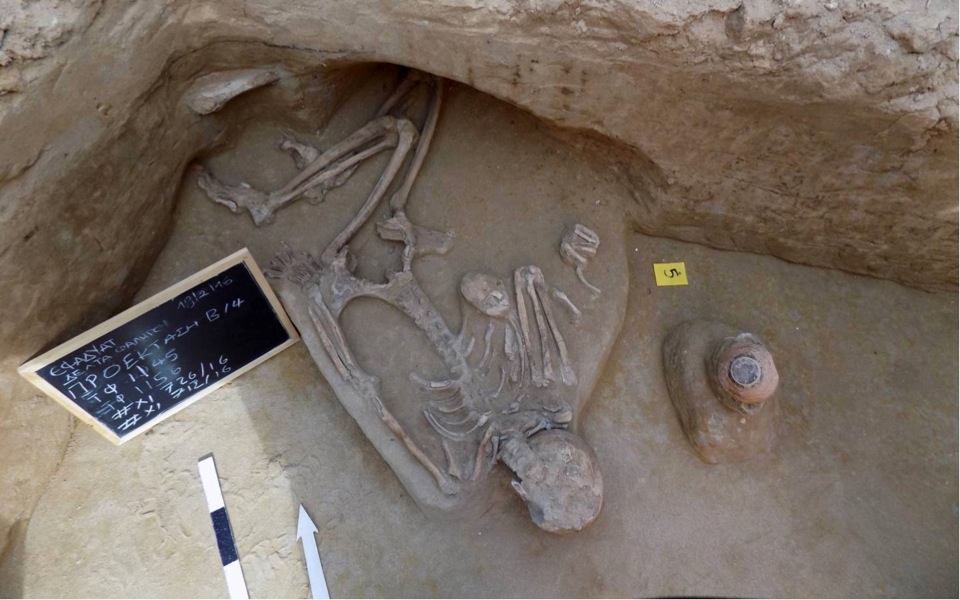 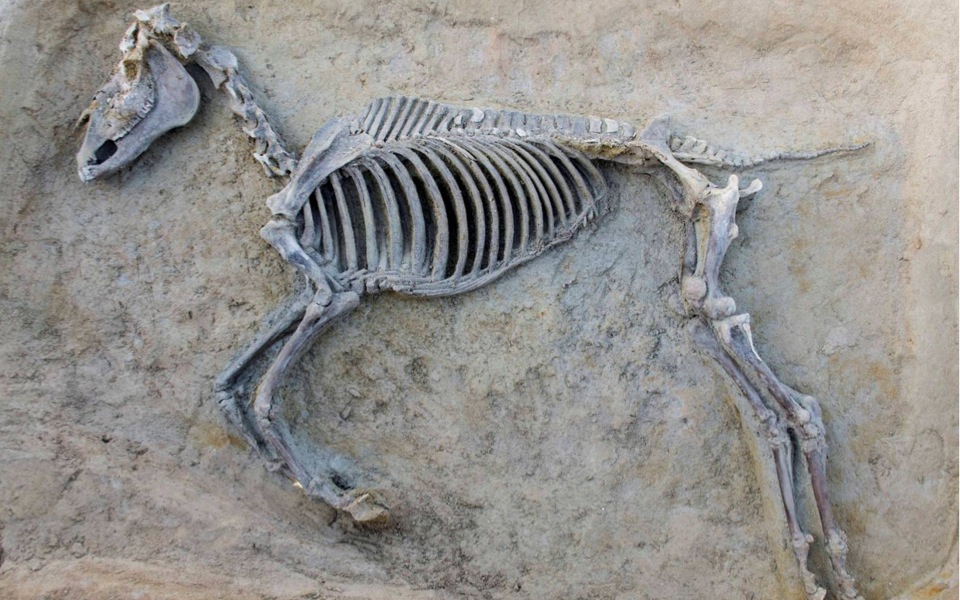 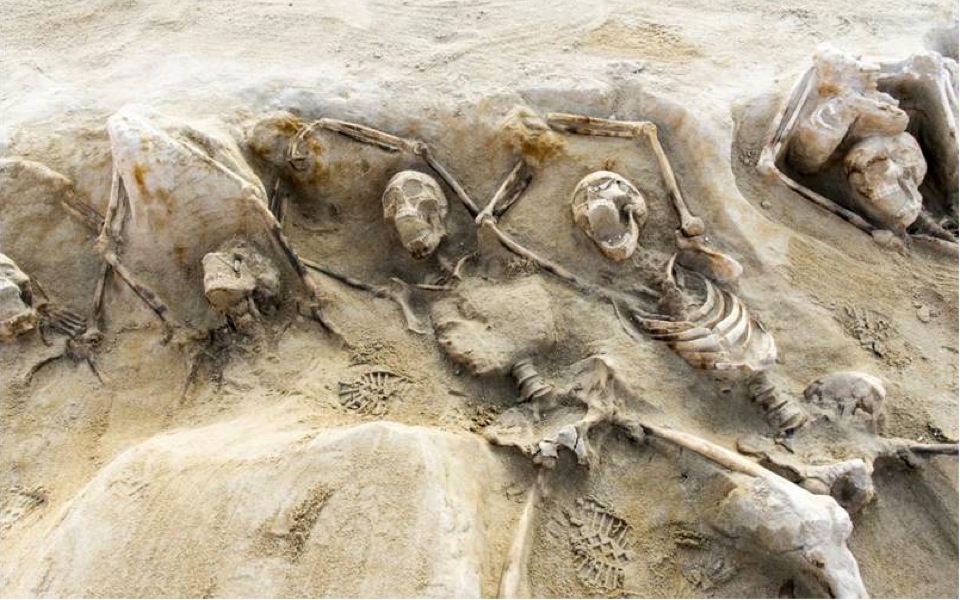 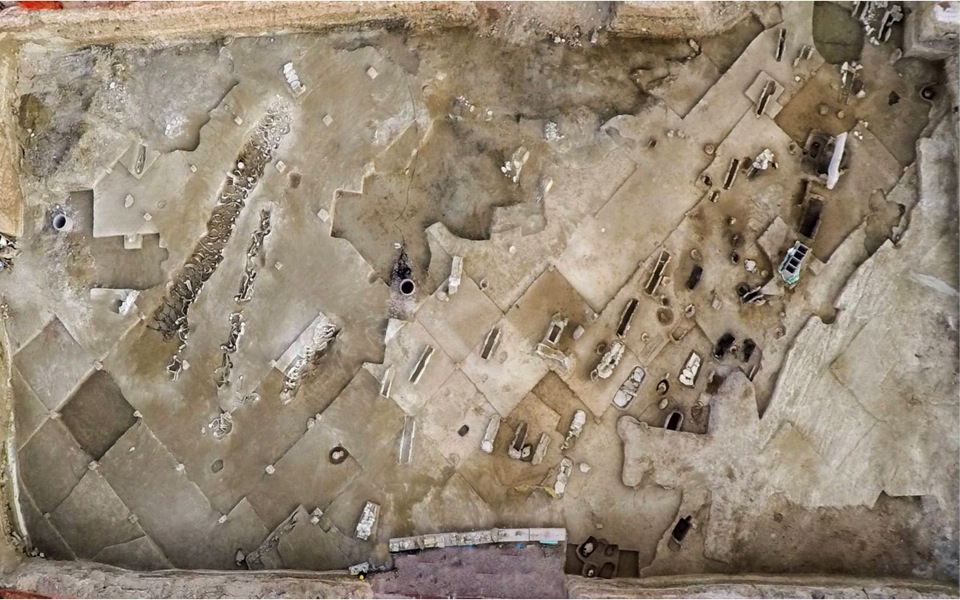 Archaeologists have discovered two mass graves near the Greek capital containing the skeletons of 80 men who may have been followers of ancient would-be tyrant Cylon of Athens.

Regional archaeological services director Stella Chryssoulaki laid out the theory Thursday as she unveiled the findings at the Central Archaeological Council, the custodians of Greeces ancient heritage.

Given "the high importance of these discoveries," the council is launching further investigations, the culture ministry said in a statement.

Two small vases discovered amongst the skeletons have allowed archaeologists to date the graves from between 675 and 650 BC, "a period of great political turmoil in the region," the ministry said.

The skeletons were found lined up, some on their backs and others on their stomachs. A total of 36 had their hands bound with iron.

They were discovered during excavations at an ancient cemetery on Athens' seaside outskirts, on the construction site of the new National Library of Greece and National Opera.

Archaeologists found the teeth of the men to be in good condition, indicating they were young and healthy.

This boosts the theory that they could have been followers of Cylon, a nobleman whose failed coup in the 7th century BC is detailed in the accounts of ancient historians Herodotus and Thucydides.

Cylon, a former Olympic champion, sought to rule Athens as a tyrant. But Athenians opposed the coup attempt and he and his supporters were forced to seek refuge in the Acropolis, the citadel that is today the Greek capital's biggest tourist attraction.

The conspirators eventually surrendered after winning guarantees that their lives would be spared.

But Megacles, of the powerful Alcmaeonid clan, had the men massacred – an act condemned as sacrilegious by the city authorities.

Historians say this dramatic chapter in the story of ancient Athens showed the aristocracy's resistance to the political transformation that would eventually herald Athenian democracy 2,500 years ago.

Who will save Amphipolis?