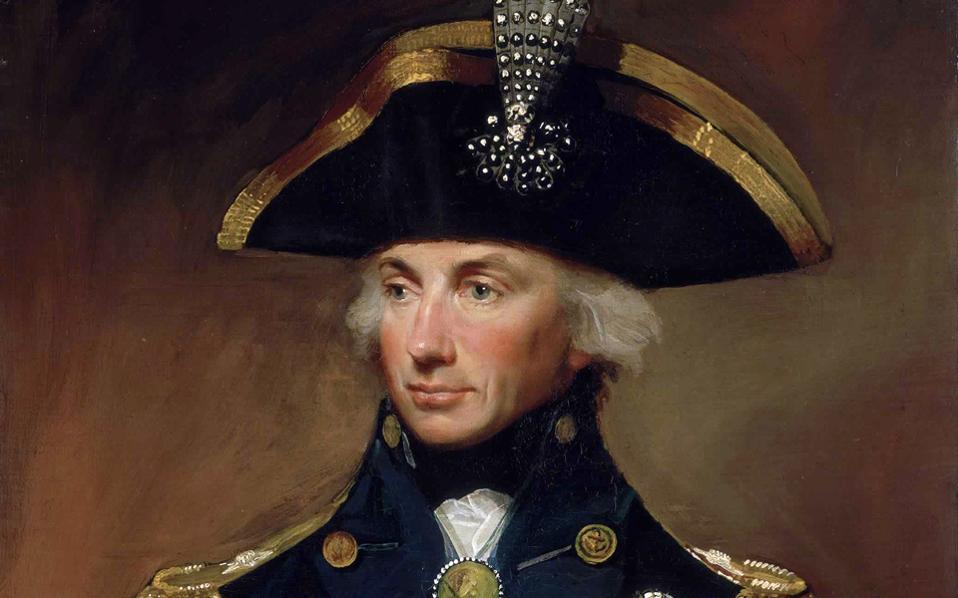 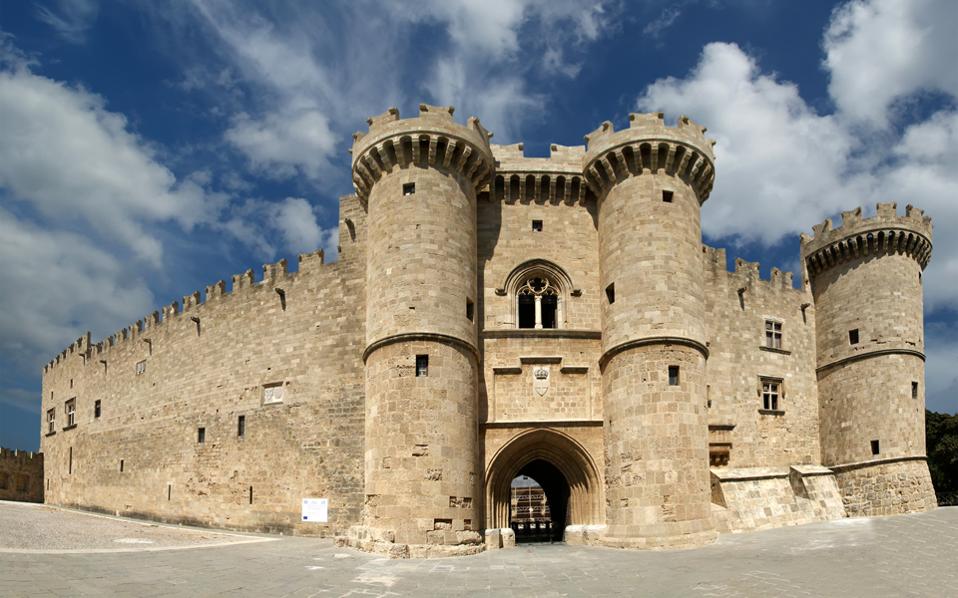 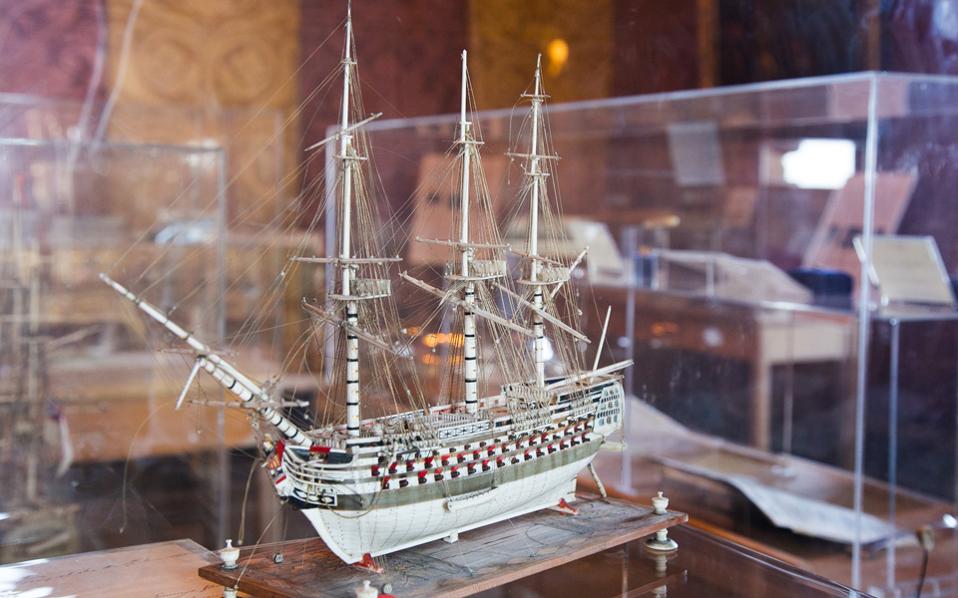 Though it’s not been backed up by any official historical sources, the following oft-repeated story offers us a fine example of British sangfroid: On July 25, 1797, after Lord Nelson was seriously wounded during an amphibious assault on Tenerife, it is said he remained alert while having his right hand amputated by rudimentary surgical means, and even demanded that one of the rings from his amputated hand be returned to him.

What we do know for certain about that day is that within half an hour of the amputation, the British flag officer managed to return to the battle and lead his men, according to documents from naval archives that came to light for the first time in 2009. Today, Nelson serves as an icon of indefatigableness: Despite numerous injuries during his time in combat, including the loss of sight in his right eye, he continued to serve his country all the way to his death at the Battle of Trafalgar on October 21, 1905. He even designed a special utensil for eating, a cross between a knife and fork. This ingenious object is on display among many other items relating to the British vice admiral at the Palace of the Grand Master of the Knights in the Medieval Town of Rhodes. The exhibition, “Nelson and His Times,” is organized by the Ephorate of Antiquities of the Dodecanese and the Aikaterini Laskaridis Foundation and will remain on display on the southeastern Aegean island until end-September.

The Aikaterini Laskaridis Foundation has one of the biggest collections in the world – outside of Britain – on Nelson’s life, death and naval career, including a comprehensive bibliography, handwritten letters, personal belongings and clippings from newspapers reporting on his feats and defeats at the time.

The Rhodes exhibition also includes objects from 18th and 19th century ships, such as navigation tools and medical equipment, as well as ship models made of bone, the work of French prisoners during the Napoleonic Wars, which tell the story of the entire period.

A part of the collection has already gone on display on Crete and Cephalonia, while in 2017 the public will be able to get a close-up look at a selection on Hydra. At the Palace of the Grand Master of the Knights, the show occupies five halls in the northeastern wing that have been opened to the public on the occasion of the exhibition and constitute a reason to visit in their own right.

These are beautiful rooms with ornate wooden ceilings and murals crafted during the Italian occupation of the island. This important 14th century Gothic monument – built by the Order of Knights of the Hospital of Saint John of Jerusalem – is one of the most popular in the Medieval Town and its style makes it the perfect showcase for the Nelson exhibition.

This rich collection of material on British naval history was started by Panos Laskaridis back when he was a student in London.

“When I went to pursue postgraduate studies in naval architecture, I also enrolled in a special department organized by the Royal Navy, in Greenwich, which had just been inducted into University College London,” the shipowner tells Kathimerini. “The students were all officers, either British or from countries of the Commonwealth, and the program took only one civilian, which happened to be me that year. I became acquainted with Nelson’s intellectual legacy through another student and so developed an interest in this great man. After I graduated, I kept in touch with my fellow students and my professors and started studying the admiral. That is how I came to have a huge collection of around 1,000 titles. Shortly after, I started buying objects related to him and his time at auctions abroad.”

Among the treasures the president of the Aikaterini Laskaridis Foundation was able to acquire are 90 letters written by Nelson himself, to his wife Emma Hamilton and others. Many of them are anecdotal in character and a special publication on them is expected soon.

“I also acquired many ship logs from that time, paintings and engravings with themes related to the admiral’s life and more than 100 objects. Among these are his special knife-fork and part of a silver table set, which traveled to London in 2005 for the celebration of the bicentennial of the Battle of Trafalgar. It was common practice after victorious battles for such gifts to be presented to the admirals, and the pieces we have belong to a set that was given to Nelson after the Battle of the Nile. We also have one of his seals, which is probably our greatest acquisition, and a lock of his hair. There are major collections on Nelson in Greenwich and Portsmouth, but I recently had a visit from members of the Nelson Society and they were delighted with ours.”

The exhibition “Nelson and His Times” is laid out in three parts. The first depicts life on sailing ships in the late 18th and early 19th centuries through a series of utilitarian objects, such as navigation tools and medical equipment that shed light on the dangers and adversities of life at sea back in Nelson’s day.

The second part showcases pieces crafted by French prisoners from the Napoleonic Wars, skilled craftsmen who were experts at carving ivory and who made ship models out of the only material that was available to them in their squalid prisons – bones from the leftovers of their food – which they traded for small privileges.

Nelson’s personal and professional life are the subject of the third part, which features personal memorabilia, letters and press clippings.

His rather conventional family life, which was marked by the death of his mother at a young age, contrasted sharply with his scandalous affair with the woman whom he later married, Lady Emma Hamilton, wife of the British  Ambassador to Naples Sir William Hamilton. Nelson’s decision to live his life with disregard for the social mores shocked British society, which only forgave his misdeeds because of his military genius.

Nelson began his career in the Royal Navy at the age of 12, ascended up the ranks and led three major battle victories: at Cape St Vincent, the Nile and Copenhagen. He was killed while vanquishing the Franco-Spanish fleet at the Battle of Trafalgar and was paid the highest of honors by Great Britain after his death. Nelson’s campaigns formed the foundation for Britain’s dominance of the seas in the 19th century.

Representations of the artificial man

Magnificent ancient jewelry to go on display at Myconos museum