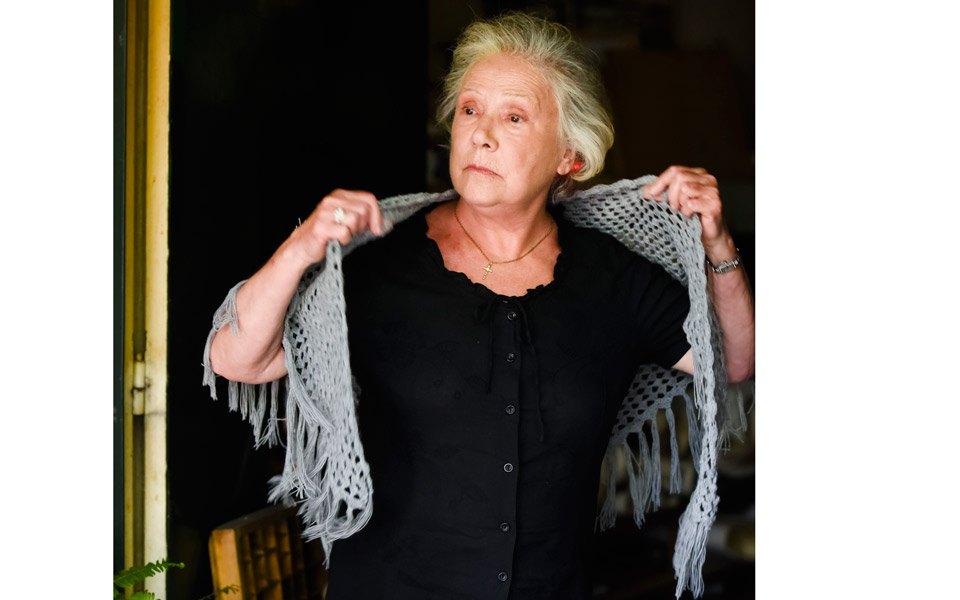 Leda Protopsalti is back on a film set after 66 years, starring in ‘Roza of Smyrna.’ 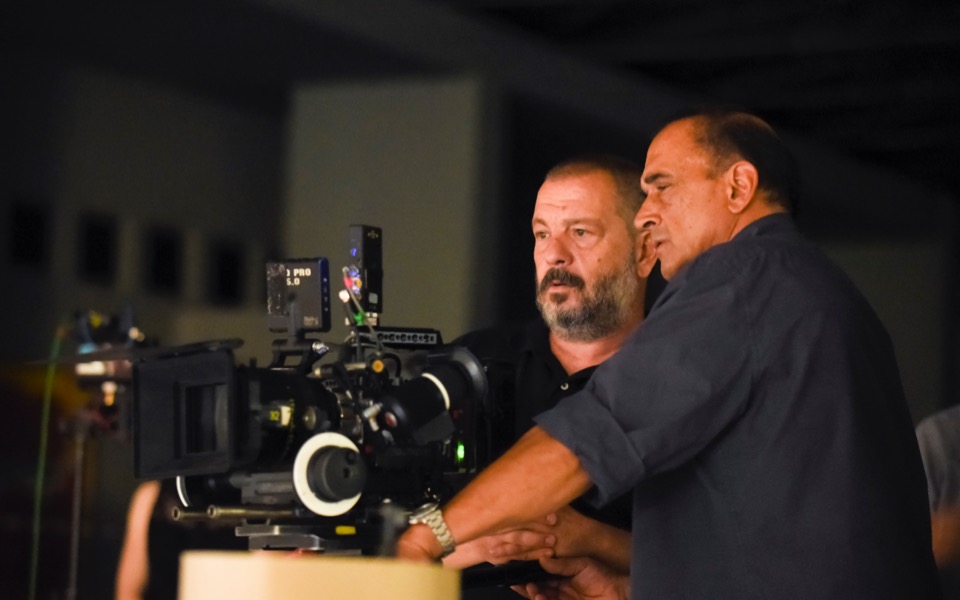 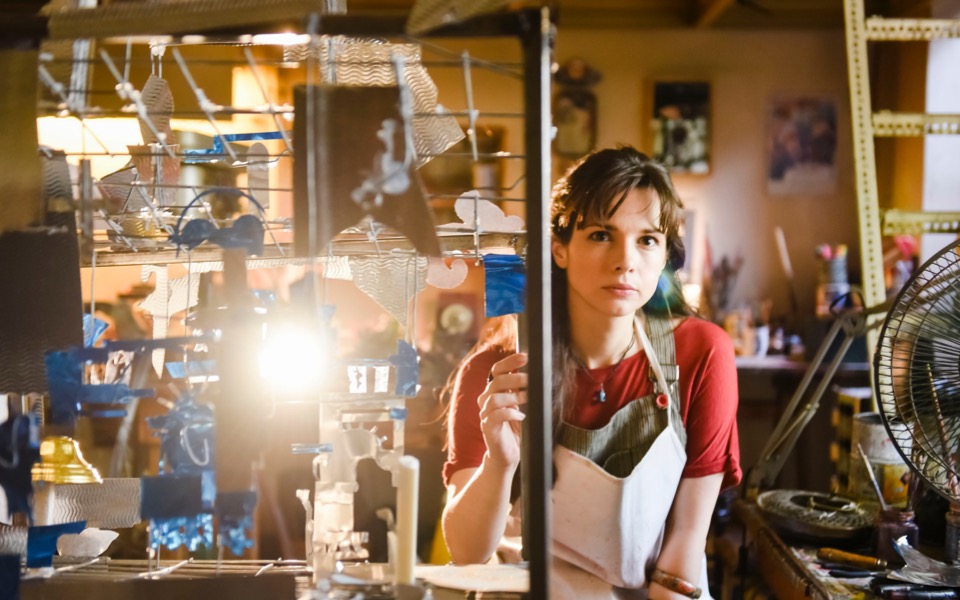 Evgenia Dimitropoulou plays Marianna, Roza's granddaughter and the only person in whom she's confided her deepest secret. 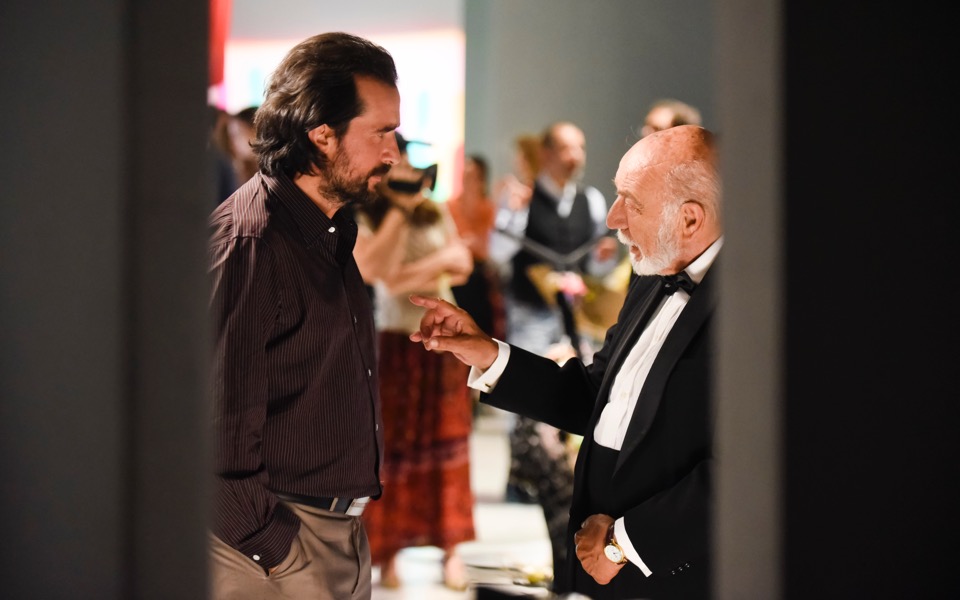 Lida Protopsalti’s first big-screen appearance lasted no more than a minute. It was 1950 and she was in Nikos Tsiforos’s comedy “Come to Uncle,” alongside Greek film greats Smaroula Yiouli, Nikos Stavridis and Mimis Fotopoulos.

“According to the screenplay, I was supposed to walk into a grocery store and give some money to the owner. He was supposed to say that he didn’t have change and give me the difference in candy,” remembers the celebrated, 76-year-old actress. “My line was: ‘I don’t want candy. I want money!’ But, as we were shooting the scene, I dropped all the candy on the floor. I was just 10 years old at the time, a mere slip of a thing. I should have freaked out, not knowing what to do, but I kept going. I grabbed the candy off the floor, threw the grocer a withering look and stormed out of the store. I can’t describe the reaction behind the cameras! The actors hugged me and Tsiforos was thrilled.”

Sixty-six years and hundreds of roles – mostly in the theater – later, Protopsalti is back on a film set, starring in the film “Roza of Smyrna,” directed by Giorgos Kordellas. The screenplay, written by Christina Lazaridi, is based on Yiannis Yiannelis-Theodosiadis’s novel “Ismail and Roza” (Patakis Press). It tells the story of Roza, a Greek woman from a wealthy family in Smyrna who has spent decades living with a terrible secret that she hasn’t even dared tell the only person she has left in the world, her 28-year-old granddaughter Marianna. The secret is brought to light when architect and collector Dimitris (played by Tasos Nousias) starts exploring the coast of Asia Minor for traces of the Greek presence for an exhibition and comes across an old photograph and a wedding dress stained with blood and with a letter sewn into its hem. And so a love story dating back to 1921, before the expulsion of the Greeks from Asia Minor, is brought back to life, forever changing the lives of Marianna and Dimitris in a fine demonstration that history is made up of the small stories of regular people.

“This is my first starring, title role in a film,” says Protopsalti. “And I’m delighted because I really like Roza, I take my hat off to her. She’s a woman who has been through hell and her experiences have marked and shaped her character. She has learned to stay focused, not to squander her energy here and there, in order to survive. The way she thinks goes to the essence of things, like so many other people who have been through trials and tribulations.”

Is the actress anything like the character she plays?

“Every character I play represents a part of myself – whether big or small is irrelevant. I stay in role even when I’m asleep; it’s an internal process that is almost automatic. It’s like what [Soviet actor] Innokenty Smoktunovsky once said – ‘Playing Hamlet is not hard; being him is’ – about identifying with the role. And then, when it’s over, you’re yourself again.”

The plot of “Roza of Smyrna” unfolds on both sides of the Aegean Sea, with shoots in Istanbul, Izmir, on the Greek island of Lesvos and in Athens.

“It is indeed a very romantic story,” says Evgenia Dimitropoulou, who plays Marianna and has an additional reason to be moved by the film as her grandfather had fought in Smyrna, was seriously wounded and would have died had it not been for the ministrations of a Turkish woman.

“I find it fascinating to be in this time capsule. I love period dramas. Maybe that’s why I’ve done so many of them,” says the actress. “It puts me in the mind-set and makes me imagine things so different to what they are today. If this story were set today, for example, Marianna and Dimitris would talk or exchange messages on their cell phones and no one would have been any the wiser. But if you live in a house that has only one phone, a landline, and in a central part of the house, as was the case in 1980s, then it all becomes that much harder – and that much more beautiful, because you appreciate something more when you have to work for it.”

The character she plays is an artist, “but her work is not what we would call mainstream,” says Dimitropoulou. “The material she uses is what others consider trash. I found that very compelling. It was yet another reason to get closer to her, get to know her better, to think about what colors she’d like, what music she’d listen to, what books she’d read – if she were real.”

Are there any similarities between the actress and the character?

“Nothing will shift her once she gets something stuck in her mind. She’ll do it come what may. I’m like that too, even though it’s not always a good thing.”

The score is by Dimitris Papadimitriou, while the lyrics of the songs were penned by the director.

“Roza of Smyrna” is slated for release ahead of the Christmas holidays, on December 22.