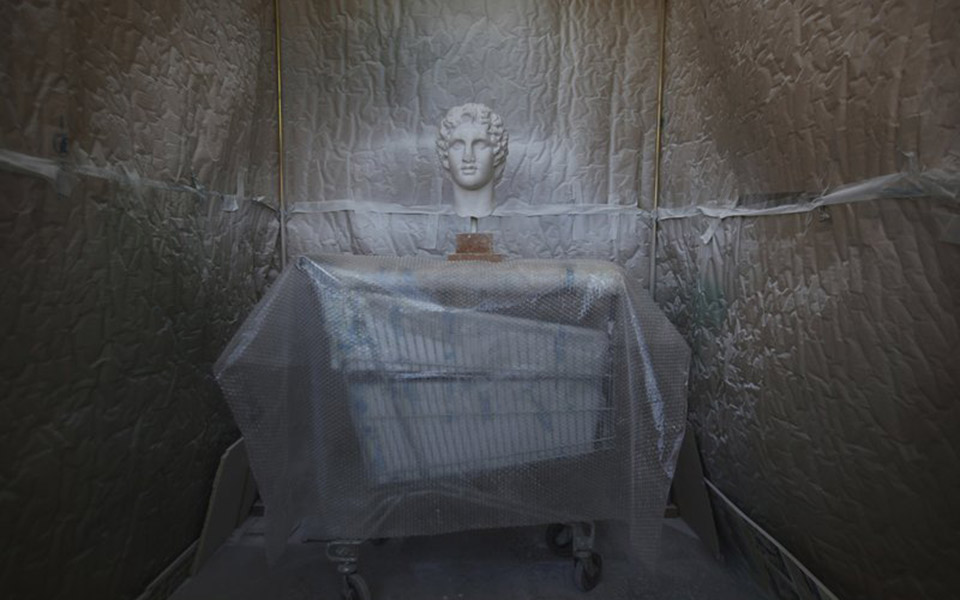 A copy of the head of Alexander the Great goes through color processing. [Thanassis Stavrakis/AP] 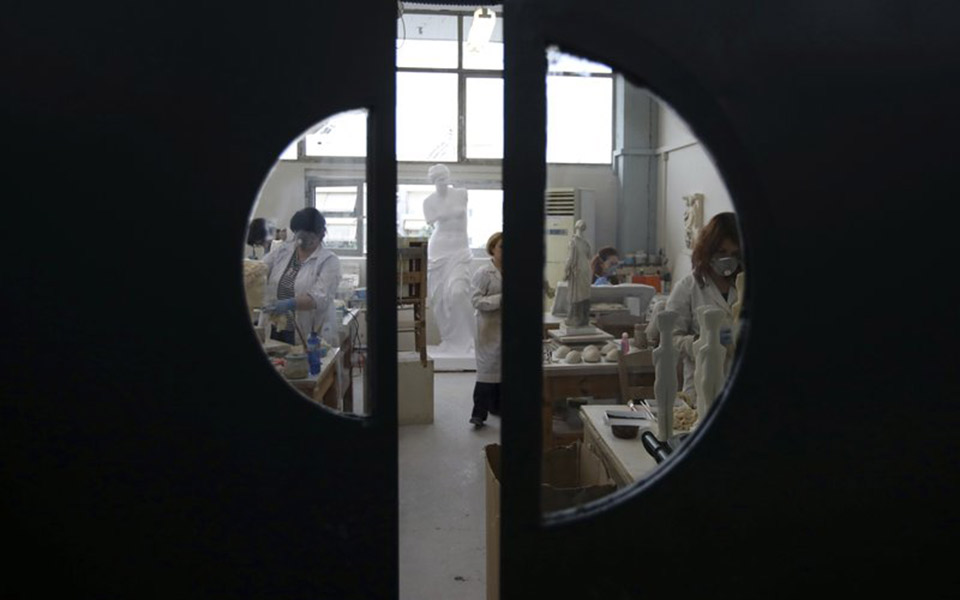 Employees of Culture Ministry work in their lab in Athens. [Thanassis Stavrakis/AP] 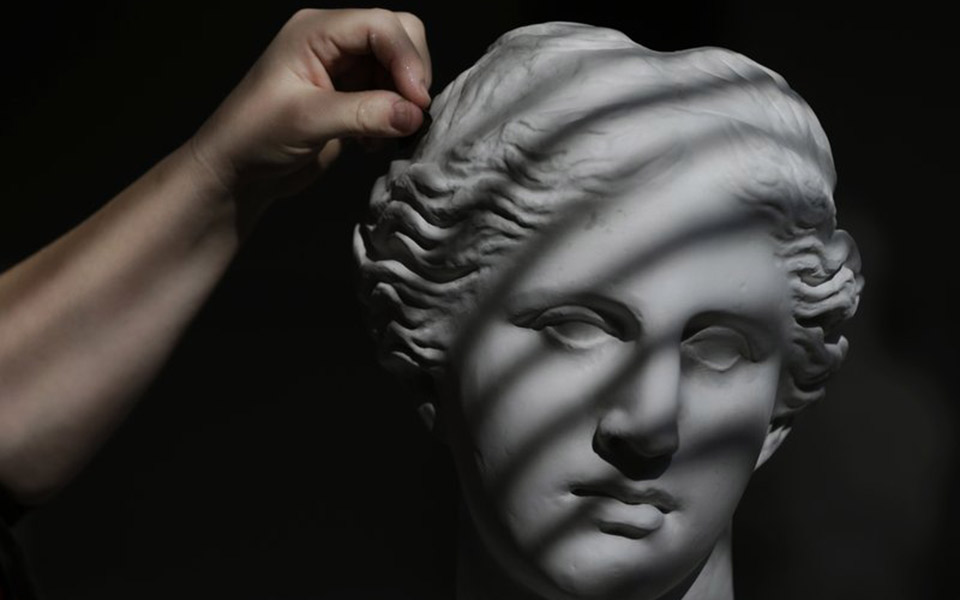 A sculptor cleans a copy of the head of Hygeia, deity of health. [Thanassis Stavrakis/AP] A copy of Venus de Milo, Aphrodite, the ancient Greek goddess of love, beauty, pleasure and procreation, made by plaster goes through color processing. [Thanassis Stavrakis/AP] 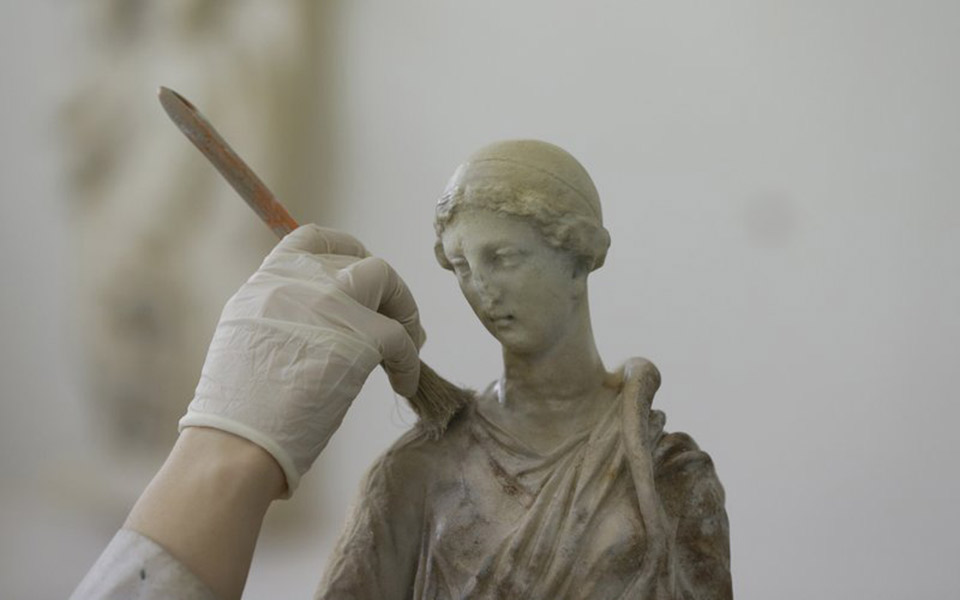 An employee of Culture Ministry paints a plaster replica of a statue. [Thanassis Stavrakis/AP] 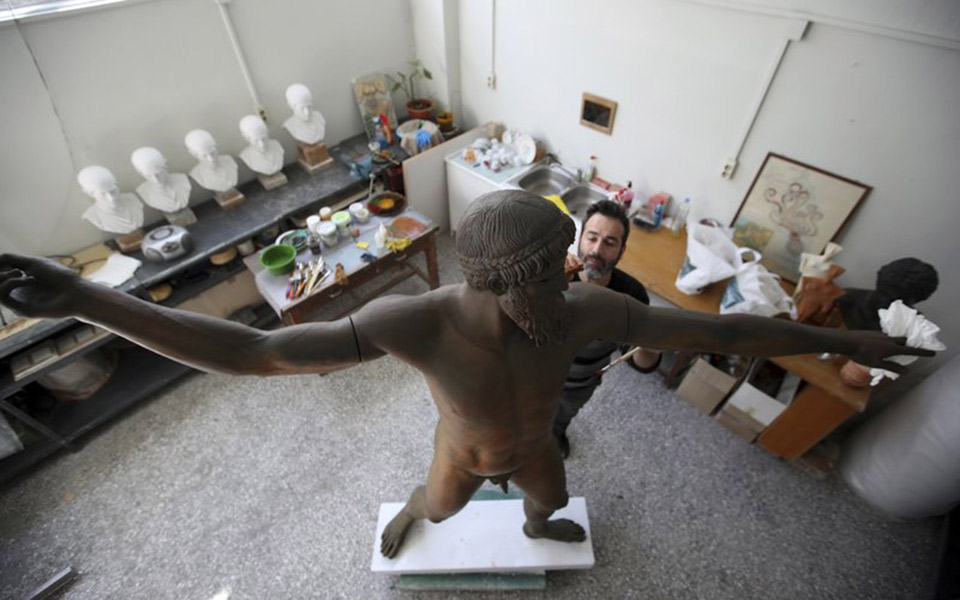 It might be the closest an artist can get to time travel: Painstakingly recreating the sculptures of Greece’s ancient masters.

A group of artists working for Athens’s Culture Ministry has the exclusive right to make the officially certified copies, which are meant for sale in Greek museum shops.

“The standard is very high. And every artist tries to emulate what was done by the artist in ancient times,” supervisor Stelios Gavalas, a sculptor by training, told The Associated Press. “For us, it is a very big honor to have daily contact with works of the great artists of antiquity.”

The team of about 50 fine arts graduates works on a range of sculptures, from a three-inch (nearly eight-centimeter) hare from Roman-era Macedonia to a seven-foot (more than two-meter) statue of Zeus, or Poseidon, made in the mid-5th century BC and one of the star exhibits of the National Archaeological Museum in Athens.

All are full-scale, made out of plaster in molds and painstakingly hand-painted to match the hues of the original piece, be it metal, marble, clay or even ivory. Plaster is used because it doesn’t shrink while drying, unlike other materials such as resin, and allows reproductions that are completely accurate in size.

Casts are made in the museums where the originals are kept, and the ensuing moulds are stored in the workshop, together with more than a thousand prototype copies, some dating from the late 19th century.

Each reproduction can take days to complete, with the mid-5th century BC Zeus, or Poseidon, requiring nearly two months from beginning to end, including the time required for the plaster to dry. That copy sits near the top of the price range, costing 3,000 euros ($3,700).

For the time being, the copies can only be bought at major museums and archaeological sites. The proceeds are meant to help fund Greek archaeology and conservation projects.

Culture Minister Lydia Koniordou promised at a recent news conference that by the summer they will also be available for online purchase. [AP]

Return of stolen antiquities puts a WWII hero in the spotlight