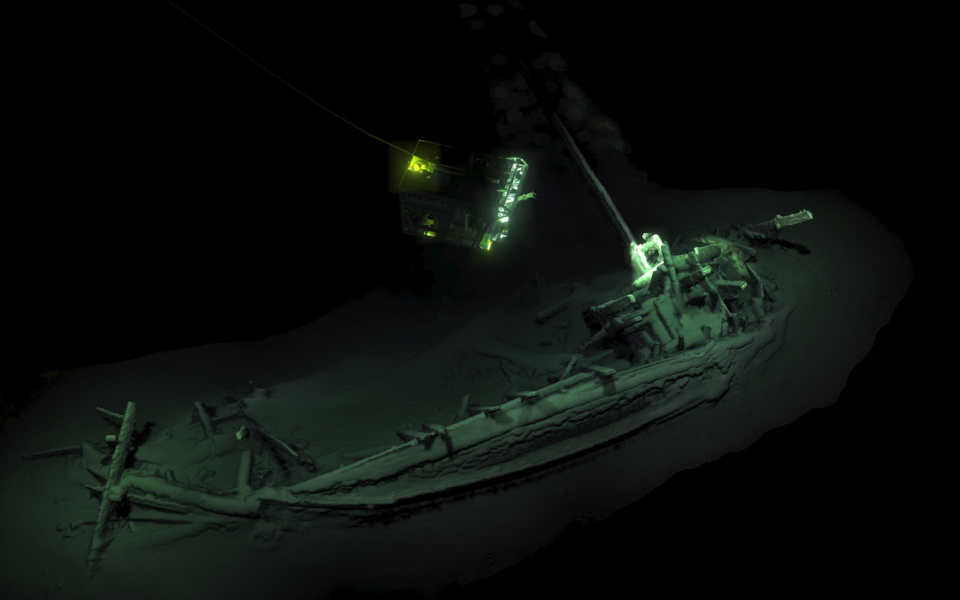 The world’s ‘oldest intact shipwreck,’ as described by scientists, which was found by an Anglo-Bulgarian expedition at the bottom of the Black Sea off the coast of Bulgaria. 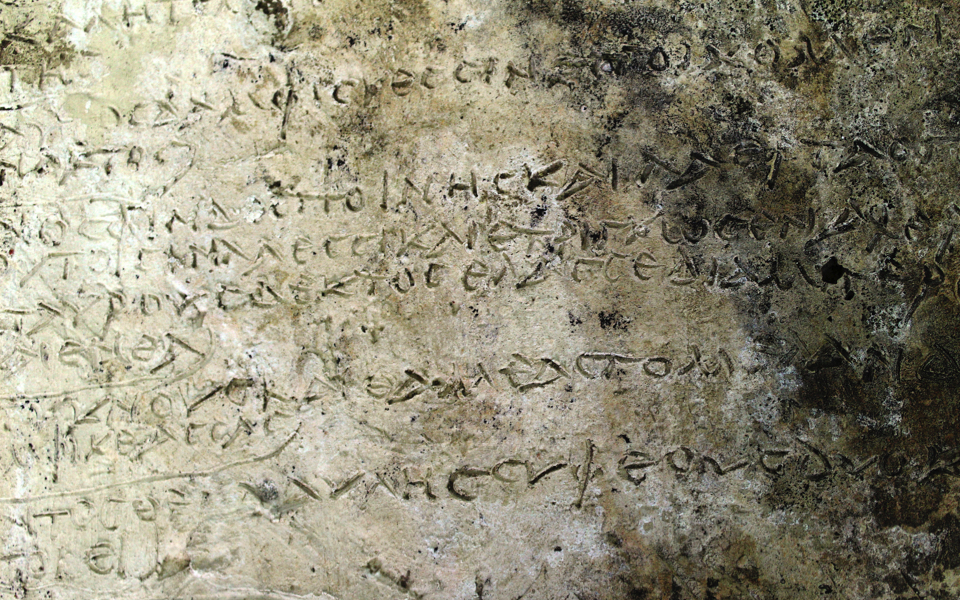 Archaeology, a magazine published by the Archaeological Institute of America, has released its list of the top 10 discoveries of 2018, with two ancient Greek finds making the list.

The first hails from a village near the ancient sanctuary of Zeus at Olympia. A pile of discarded building material proved to conceal a precious ancient artifact – a plaque inscribed with a verse of the Odyssey. It is thought to be the oldest inscribed section ever discovered in Greece of the epic poem describing the adventures of Odysseus during his decade-long return to Ithaca following the Trojan War.

The poem is thought to have been composed in the 8th century BC and first written down in the 6th century BC, although the inscription itself dates to centuries later – around the third century AD, according to Archaeology magazine. The inscription recounts Odysseus’ arrival on Ithaca and his reunion with his trusted swineherd. One theory put forward is that it was originally commissioned by a landowner in the region and later repurposed as building material.

The second major ancient Greek find to make the list was the discovery in the Black Sea of the wreck of an ancient Greek merchant ship. The vessel was located at a depth of over 1,500 meters by the Black Sea Maritime Archaeology Project, which used a deep-sea camera system to scour the seabed off the coast of Bulgaria.

Radiocarbon dating established the ship as being about 2,400 years old. While older shipwrecks have been discovered, what sets this one apart is the fact that it is incredibly well-preserved. The very low oxygen levels on the seabed of the Black Sea mean that features such as the design of the ship’s mast, rudders and other wooden components can still be examined.

Now, rather than trying to parse details of their design from depictions of ancient ships such as on pottery, researchers have a real ancient shipwreck to examine that has changed little since the day it sank.

This article first appeared in Greece-Is.com, an English-language publishing initiative by Kathimerini.

Clay plaque found at Olympia among ‘Top 10 Discoveries of 2018’