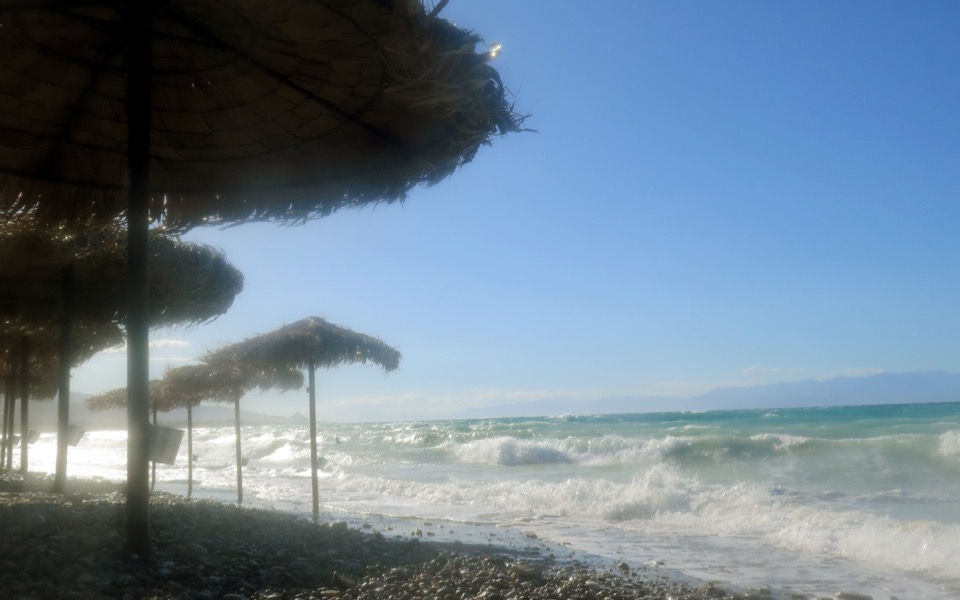 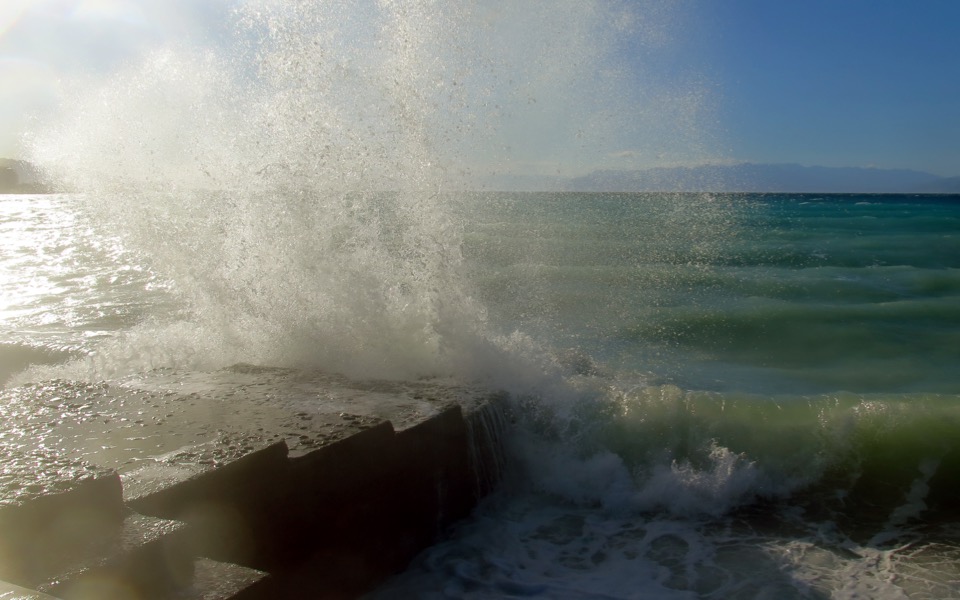 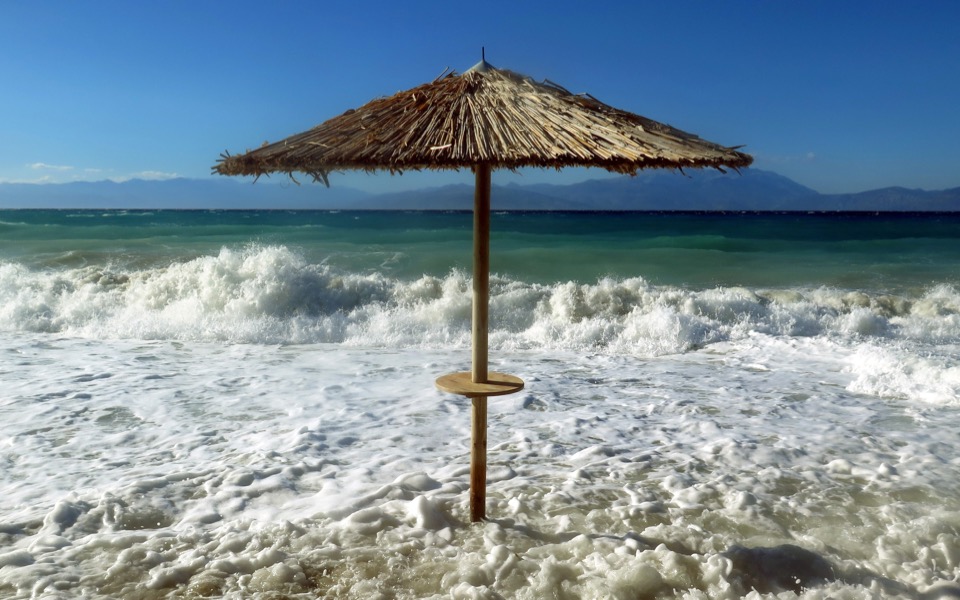 Cool northerly winds on Tuesday brought some respite after a 10-day long heat wave pushed temperatures in many parts of Greece near the 40-Celsius mark, though were not necessarily appreciated by beachgoers who had to contend with large waves. Meteorologists said the strong winds would continue at least through Wednesday and be particularly intense in the Aegean Sea. Here, we see scenes from a beach in Xylokastro near Corinth. [Tatiana Bolari/Eurokinissi]

A wall of life jackets and their stories