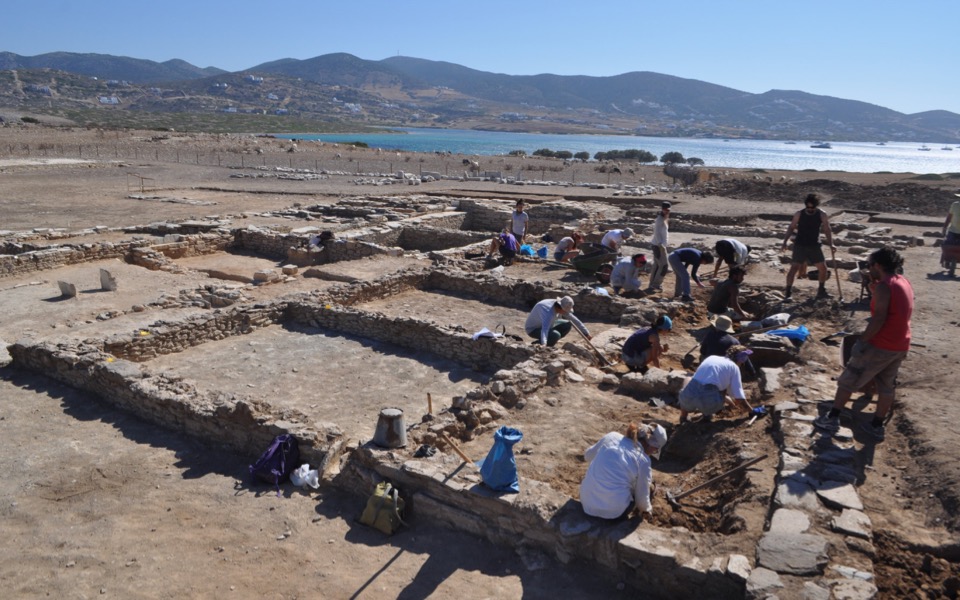 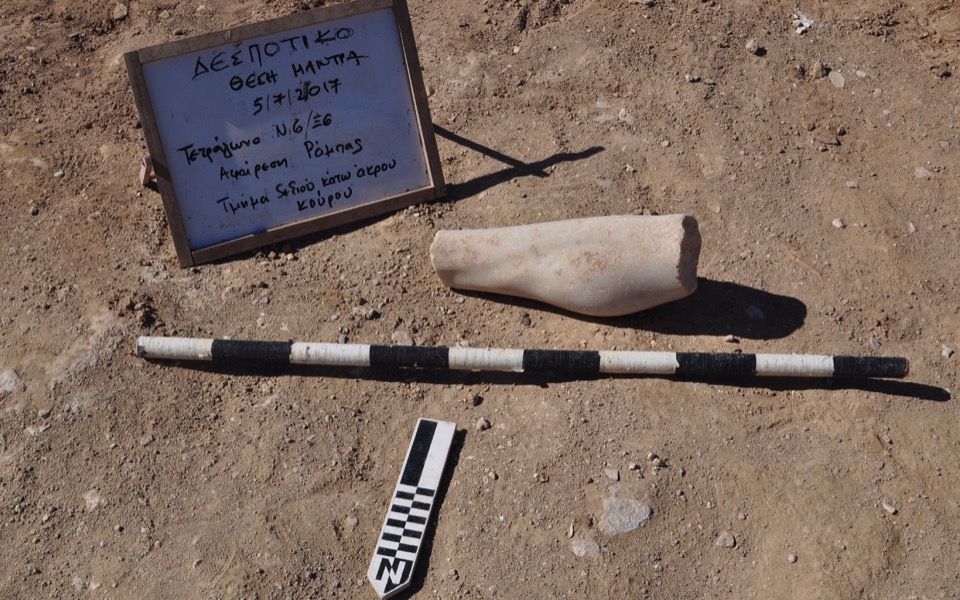 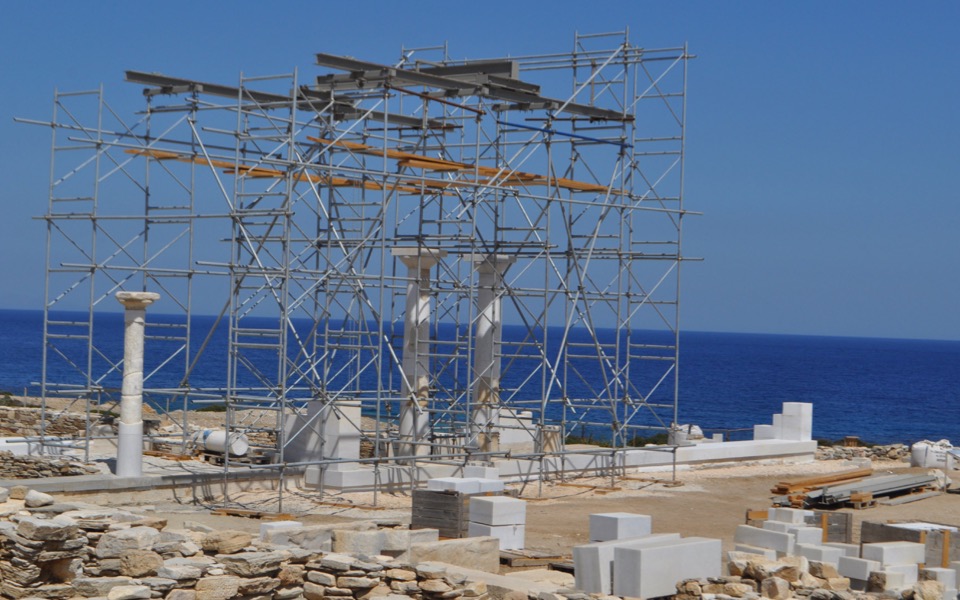 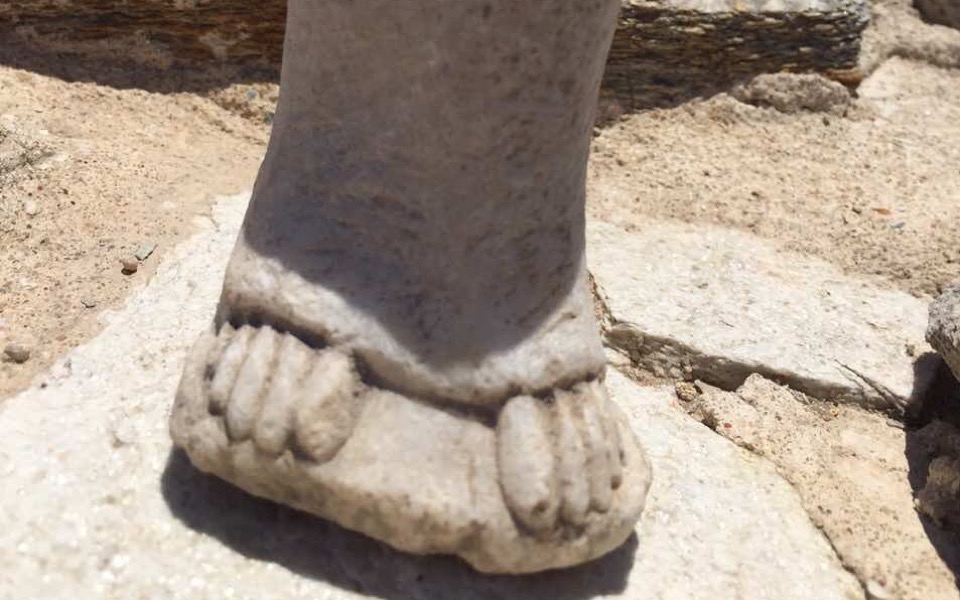 A photo released by the Ministry of Culture on Tuesday shows an excavation at Despotiko, a small uninhabited islet off the coast of Antiparos in the Cyclades. A temple dedicated to Apollo has already been discovered on the site, which is believed to have been a sanctuary in the 4th century BC, but recent work revealed the ruins of more buildings, as well as fragments of ancient statues. [Ministry of Culture/Eurokinissi]

Ancient world on view in Moscow