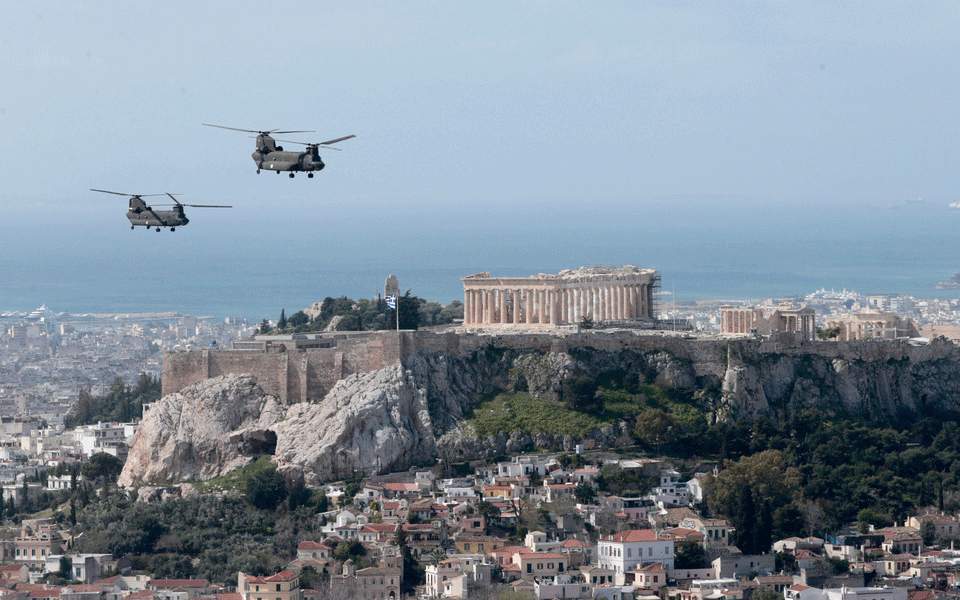 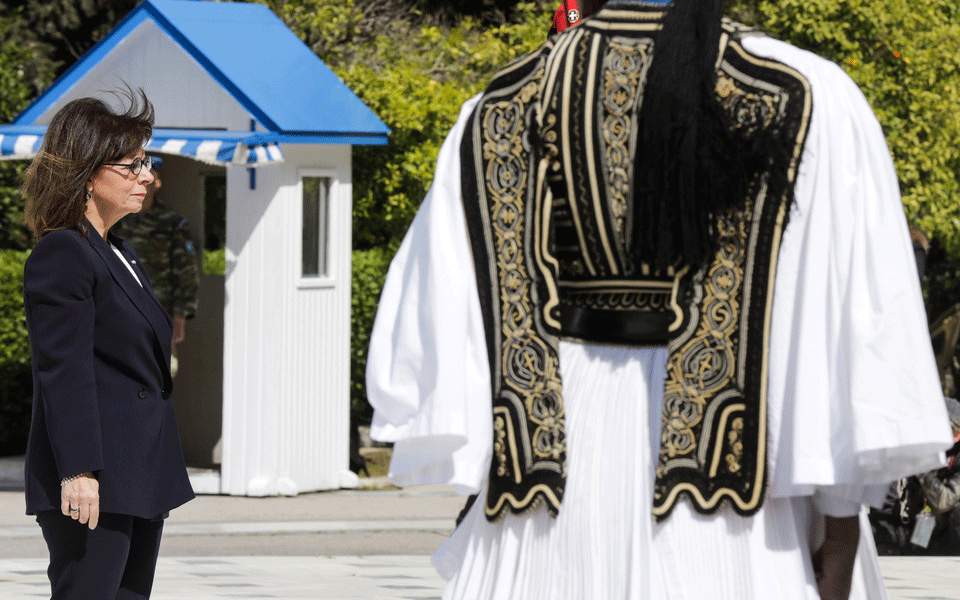 Four Mirage-2000 fighter jets and six helicopters of the Hellenic Armed Forces flew over Athens on Wednesday as Greece marked the anniversary of its war of independence against Ottoman rule. The annual parades were cancelled due to the coronavirus outbreak. President Katerina Sakellaropoulou, Prime Minister Kyriakos Mitsotakis and other party leaders laid wreaths at the Monument to the Unknown Soldier on central Syntagma square.