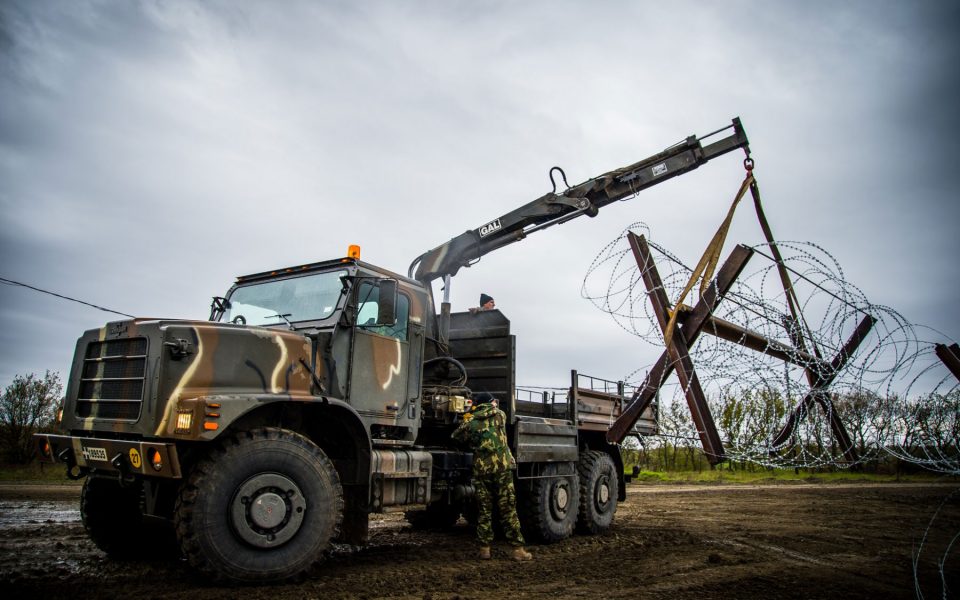 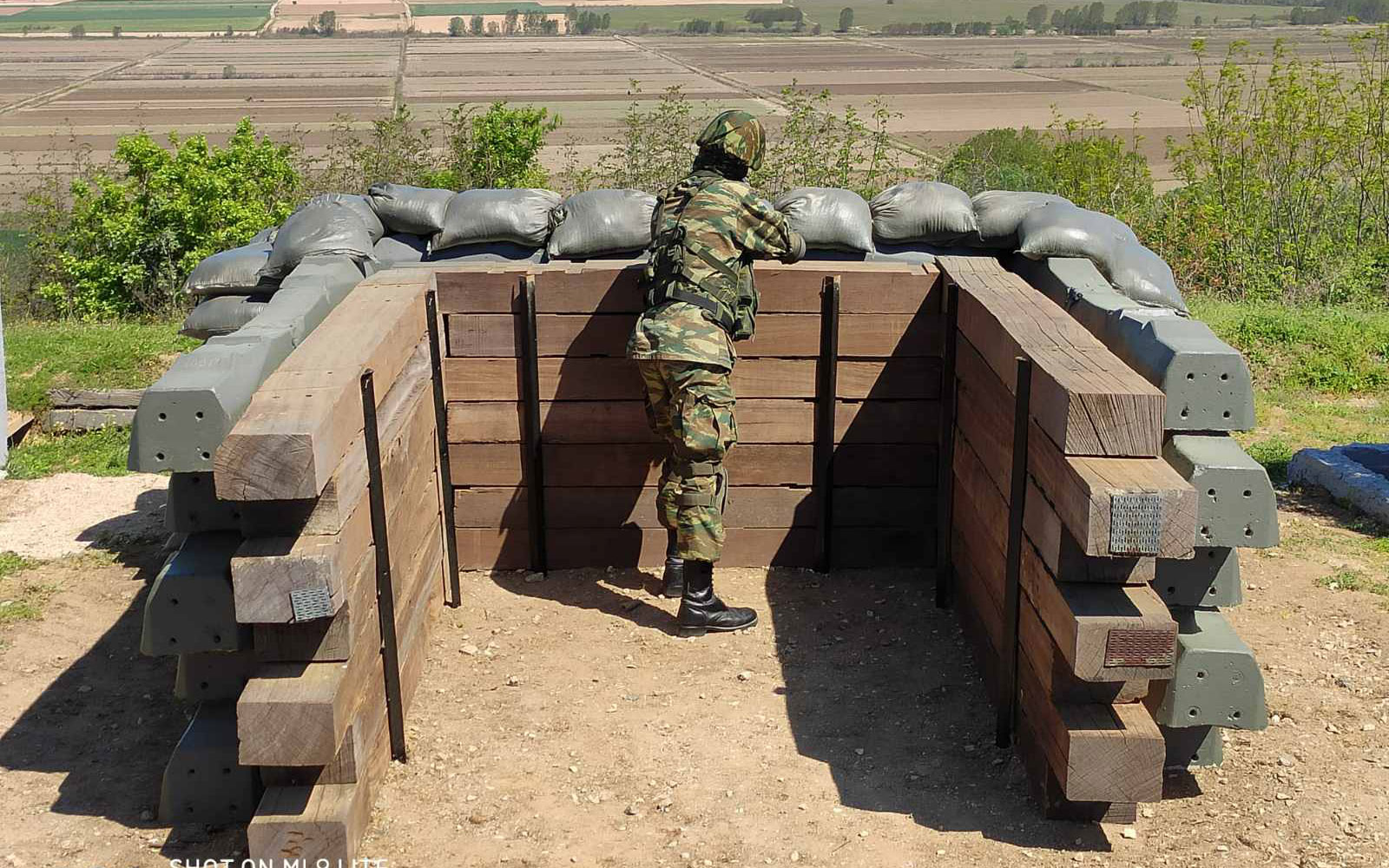 Images released Wednesday showed the Greek Armed Forces setting up barbed-wire obstacles and reinforcing observation outposts along the country’s border with Turkey in the Evros region.

Officials say the works are designed to help border patrols amid concerns that migrants may try to stage mass crossings into the European Union country.

On Monday, the government said that 26 kilometers of wall would be added to an existing 10-kilometer section of fence in a 63-million-euro project due to be completed by the end of April.

Police escort thousands of migrants into new camp on Lesvos

A Chinook helicopter flies tents to a makeshift camp on Lesvos