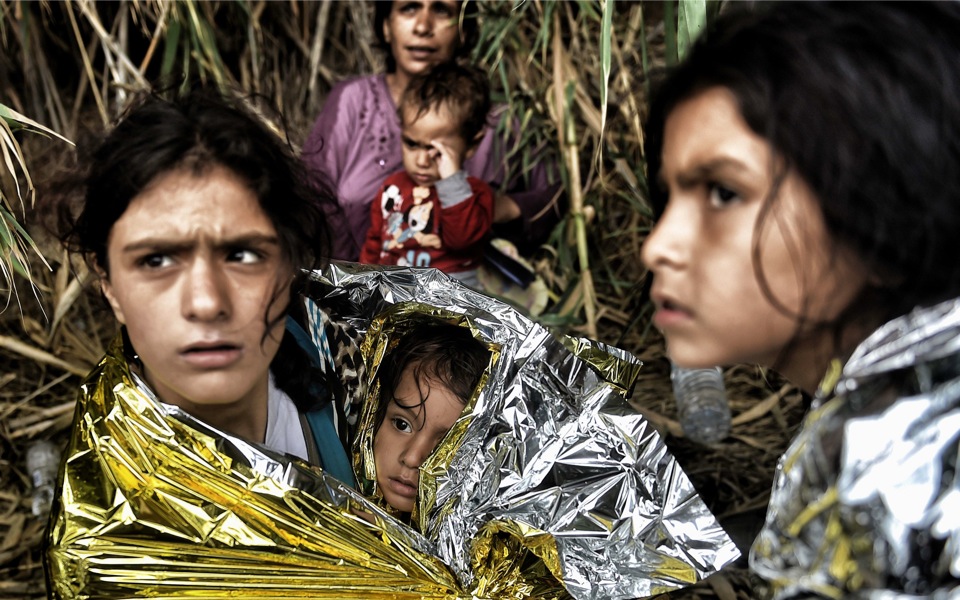 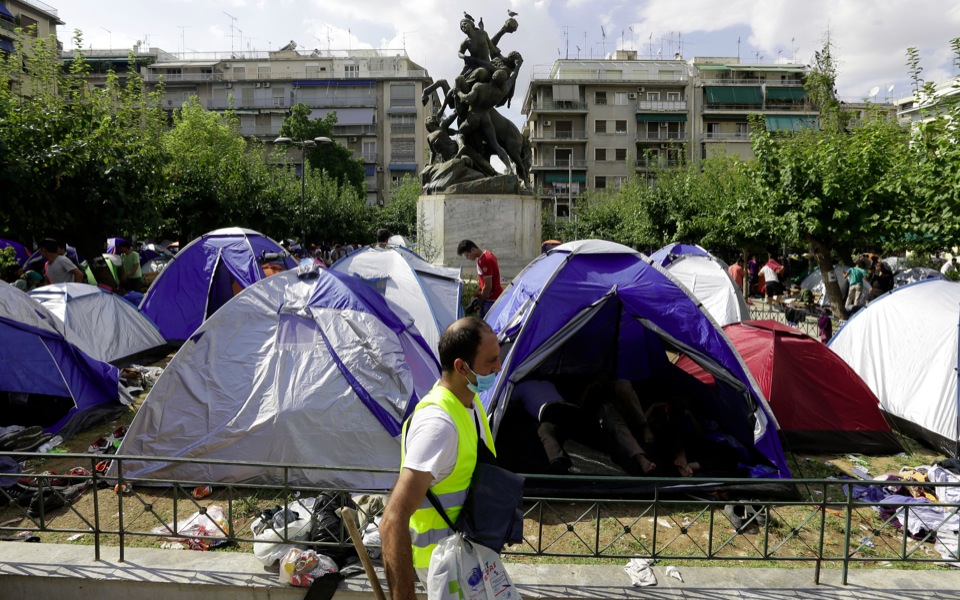 Authorities on Monday were considering preparing municipal gymnasiums and stadiums over the coming days to host more migrants and refugees as space is running out at designated venues.

Around 2,000 people were camped out at Victoria Square, near central Athens, Monday. Aid workers handed out food and clothing and municipal sanitation workers did what they could to keep the area clean.

Last Friday, authorities moved hundreds of migrants away from Victoria Square, taking some to a temporary reception center in Elaionias, south of downtown Athens, and others to the Tae Kwon Do Stadium in coastal Faliro, another stopgap solution. The stadium can only be used for a few more days as it is to host the World Wrestling Championship on October 13.

Last night there were reports that authorities would empty Victoria Square again, relocating migrants to a former Olympic hockey stadium near the old Athens airport at Elliniko, also on the coast. But that too will not take long to fill and other temporary solutions will have to be sought until permanent centers are built as part of a European response to the refugee crisis.

Meanwhile thousands of migrants continue to arrive in Greece from neighboring Turkey. Over the weekend another 3,800 migrants arrived at Piraeus from the eastern Aegean islands.

On Monday, Hellenic Coast Guard officials said they had rescued 922 would-be migrants and refugees within three days. In all cases, the migrants had sought to reach Greece from neighboring Turkey. On Sunday Turkish officials said they rescued 20 Syrian refugees after a boat sank off the coast of Bodrum, leading to 17 people drowning.

Why migrants are going to great lengths to avoid Cyprus

Amygdaleza detention camp to be reused for holding migrants

Group of 115 refugees to be moved from Alonissos to Volos