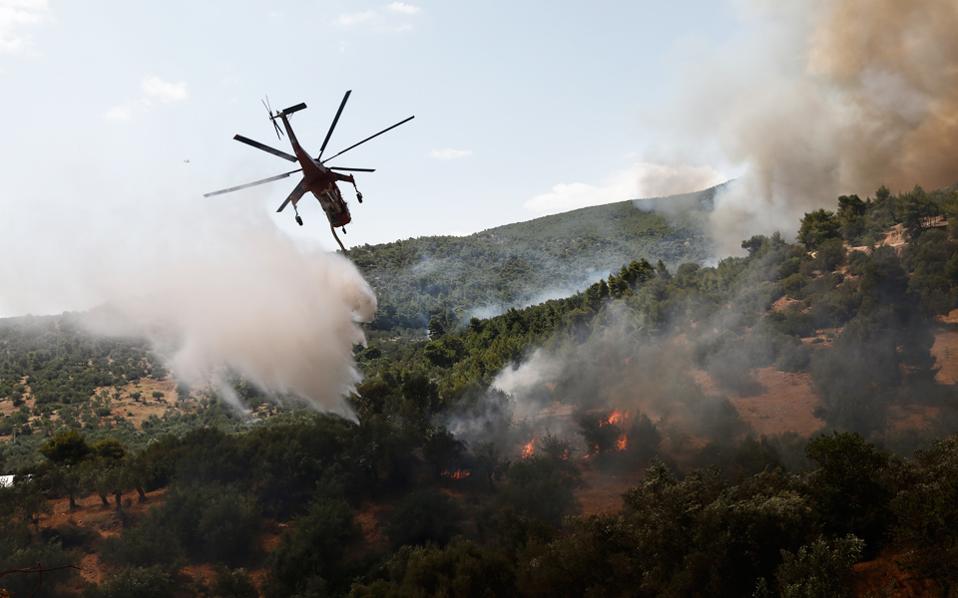 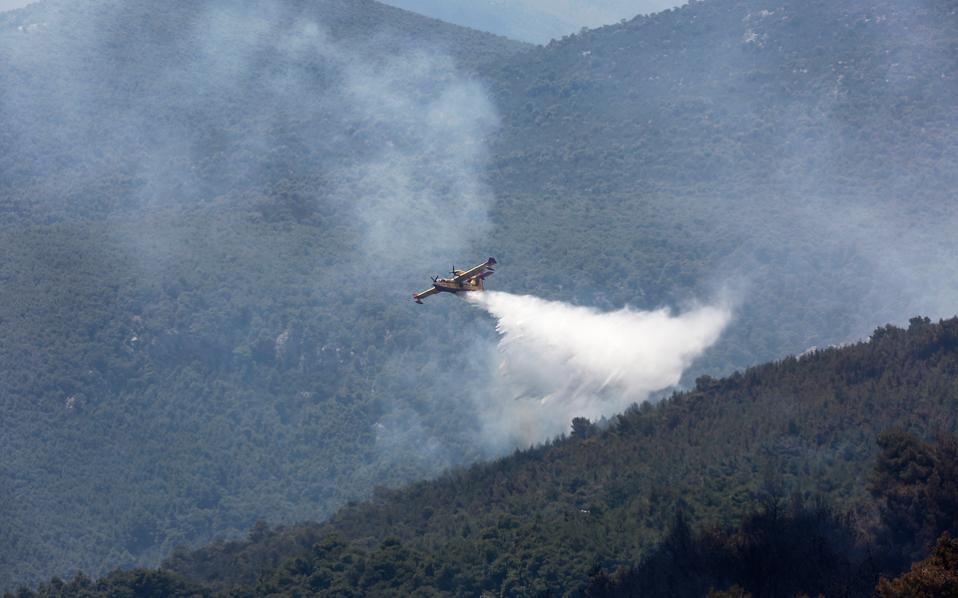 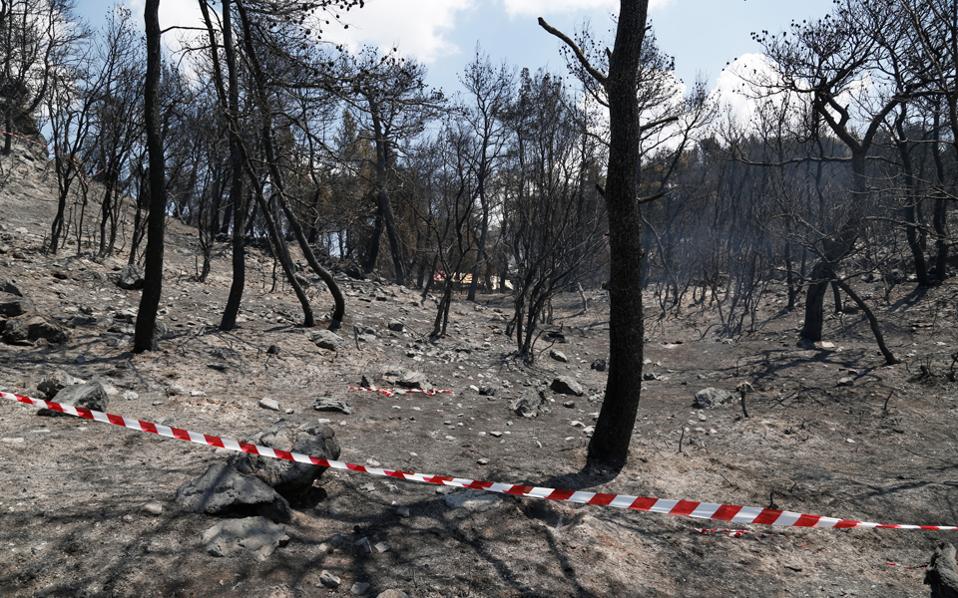 A large forest fire that broke out in Viotia, north of Attica, on Saturday continued to burn through vast tracts of pine and brush on Tuesday as strong changeable winds stoked the flames and split the blaze into separate fronts.

The fire in Dervenochoria, a cluster of remote villages on the western flank of Mount Parnitha, started on Saturday around 10 p.m., almost nine years to the day that the area had been razed by another blaze on June 28, 2007.

“One front is moving towards Oinoe, the second is near the village of Stefani – where the fire started – and the third is heading towards Mandra and Magoula,” Vassilis Pergalias, the mayor of Tanagra, where the Dervenochoria villages are located, told Kathimerini on Monday night.

“So far, the blaze has not threatened any homes or infrastructure,” Pergalias said. “But the destruction to forest land is quite extensive, even though we cannot make any estimates yet because of the thick smoke.”

The situation was particularly tense on Monday night, authorities said, as the blaze neared the village of Prasino and was just a few kilometers away from an ammunition and explosives plant, Pyrkal.

The perimeter of the fire is very large, a representative for the fire service, Nikos Tsongas, said, adding that there are fears of new conflagrations if winds do not ease on Tuesday.

Ten water-dumping airplanes and five helicopters were dispatched to the area at first light to continue the fire-fighting effort, along with more than 300 firefighters and 74 fire trucks. The army has also sent around 100 soldiers and 17 bulldozers to dig trenches to contain the spread of the blaze.

Authorities are not ruling out the possibility that the fire is the result of arson. An investigation is under way.