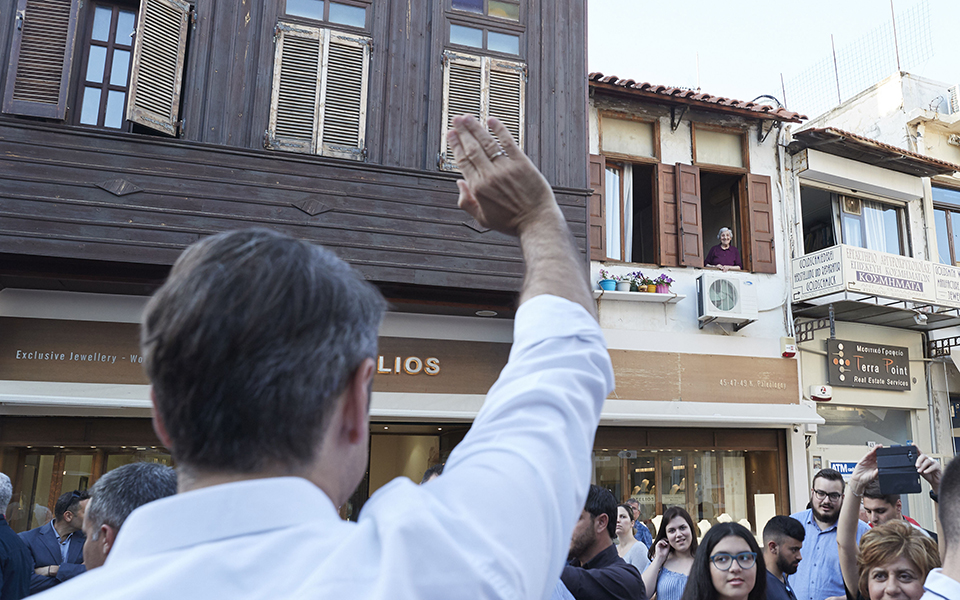 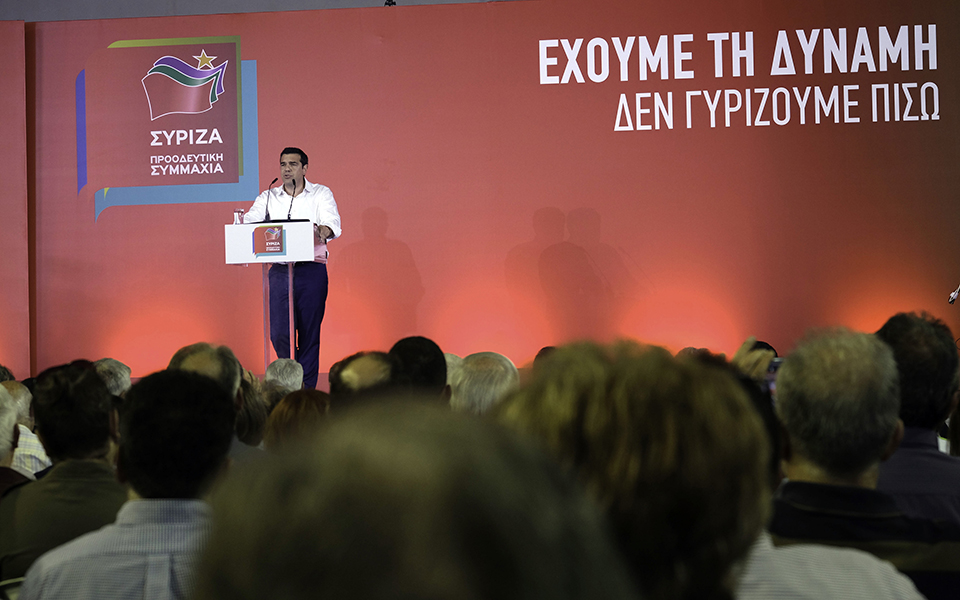 A week before the elections for the European Parliament, city and regional councils, all political party leaders are on the road, trying to convince the citizens they are worth their votes.

Prime Minister Alexis Tsipras is due to speak at Piraeus Sunday evening, while opposition leader and, according to the polls, the favorite to win the Euro-election, Kyriakos Mitsotakis, is wrapping his tour of Crete with a rally at Chania, his family’s birthplace.

On Saturday night, in the city of Kozani, in northern Greece, Tsipras said the choice was stark: voters would either “give a vote of confidence to…the plan to mitigate the iniquities and restore the economy or open the back door for the past…to blow away our gains and our victories.”

“You should know I rely on you and I have set a personal political goal: to achieve at the euro polls something that even Constantine Mitsotakis could not, in 1989 and 1990: to turn Crete blue,” Mitsotakis told his audience at the mountain village of Spili Saturday. He was referring to his father, who led New Democracy from 1984 to 1993 and became prime minister in April 1990 after three national elections in ten months. A conservative party has never been in first place in Crete.

“In the coming election, we vote not only for Crete but for Europe,” Mitsotakis added. He is hoping to parlay a victory in the European election to one in the national election, which must take place by October, at the latest.

Fofi Gennimata, leader of the socialist Movement for Change, exhorted the voters to turn out. “This joke with the abstention must stop,” she said from Iraklio, Crete, Saturday, adding that she understood why voters are turned off by the two big parties turning the election into an ugly gladiatorial contest.

The socialists dominated the vote in Crete for nearly thirty years, before imploding under the weight of the economic crisis of the 2010s.

To Potami chief upbeat ahead of EU elections