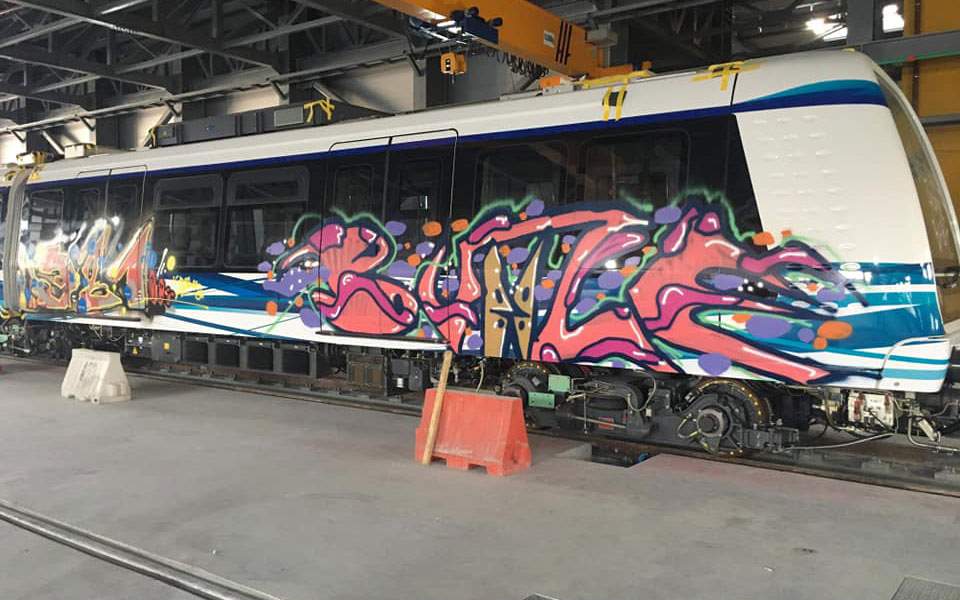 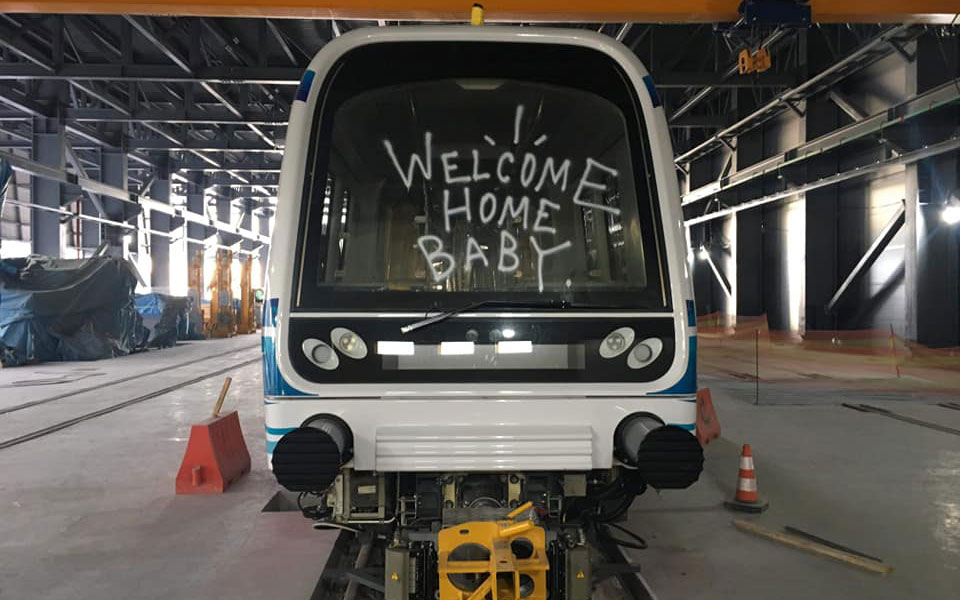 A few days after the government unveiled in a ceremony a freshly delivered metro train car in the northern city of Thessaloniki, the cars were defaced by spray paint.

The tagging took place by unknown individuals while the trains were parked at night inside the train depot in Pylea, local media reported. The vandals fled without being noticed.

Yiannis Mylopoulos, the head of Attico Metro SA, the company responsible for the  metro system, said he will submit a proposal to install a closed-circuit television inside the depot to record suspicious activity.

The metro is not set to be finished until late 2020.

Police to help crack down on crime on public transport

Police give all-clear at Athens airport after hijack claims

Probe launched after 56 Attica driving licenses found to be bogus

End of the road for driving test cheat