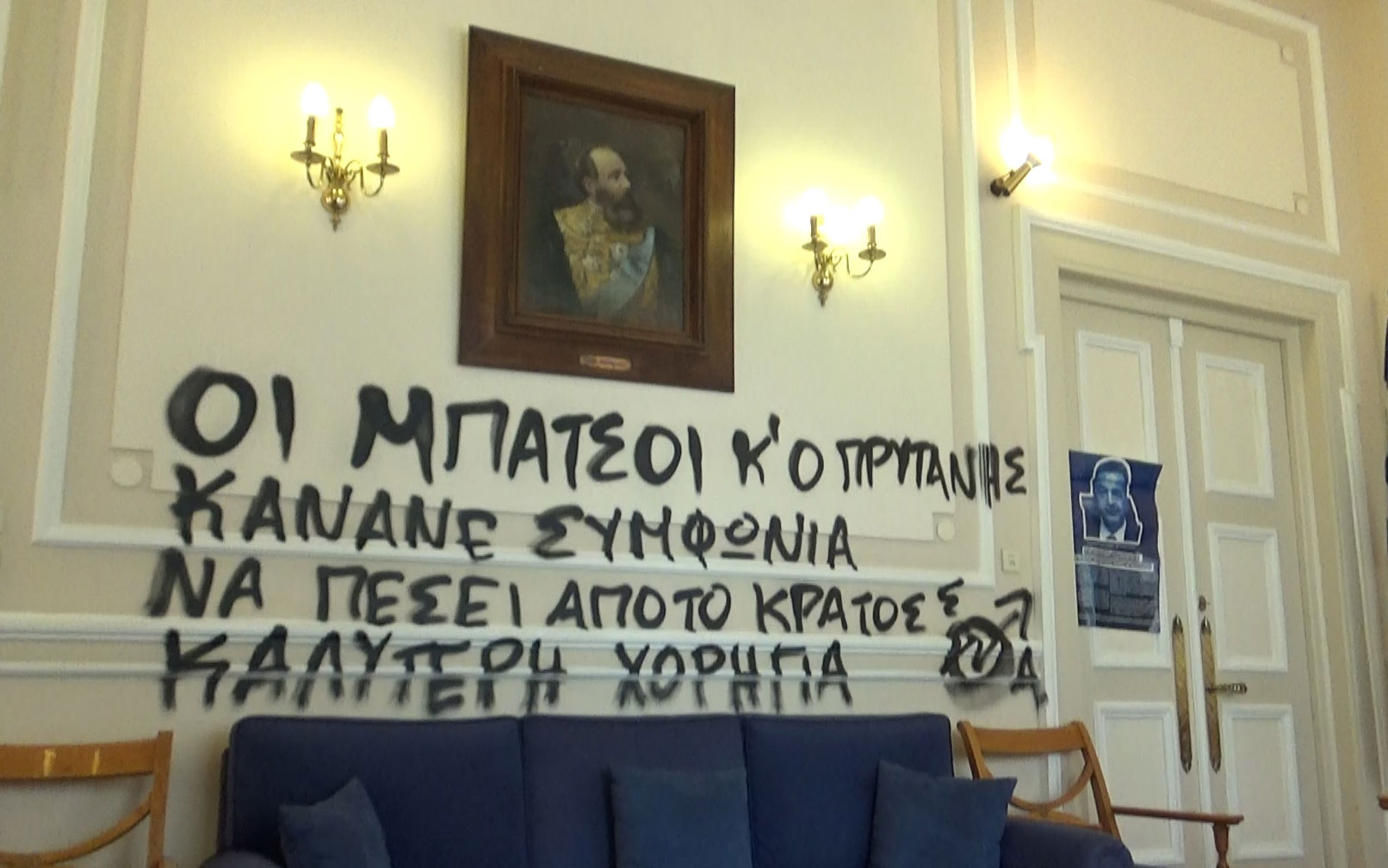 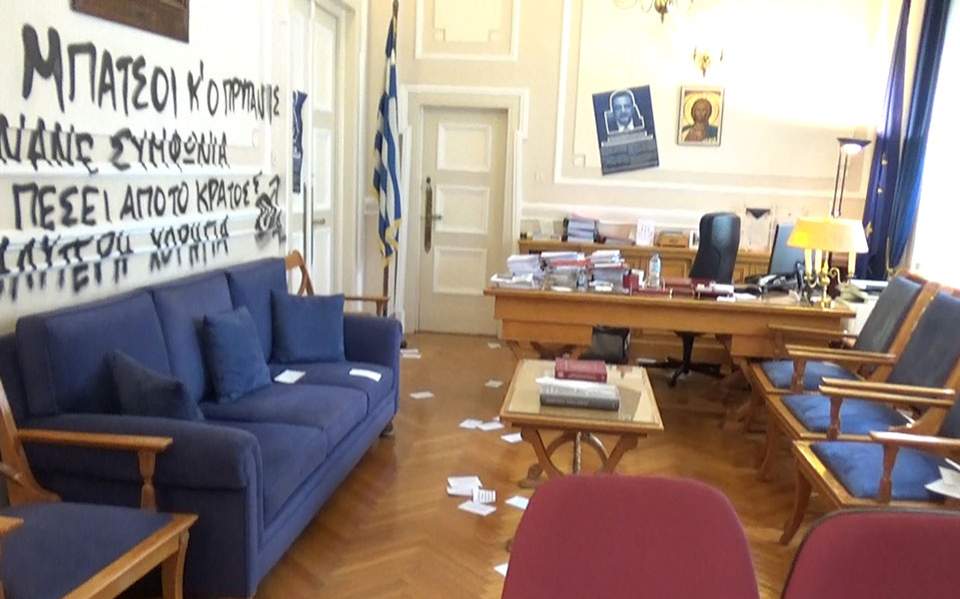 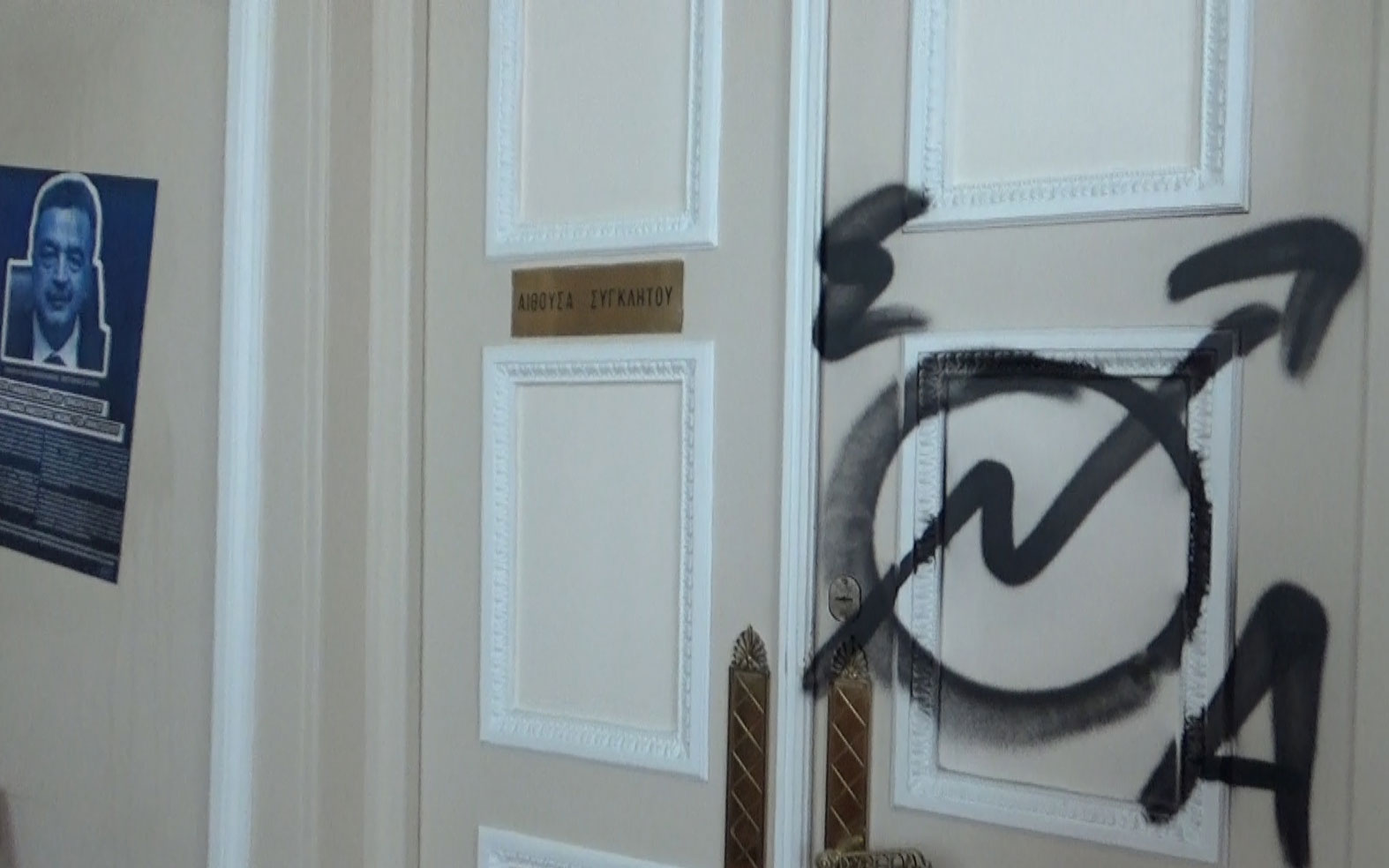 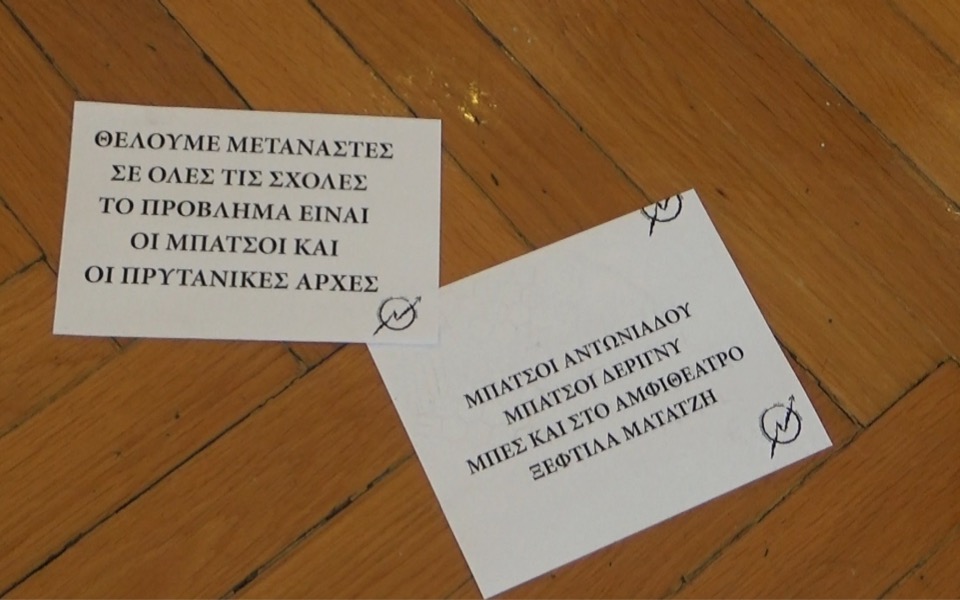 A group of about 10 hooded individuals on Wednesday barged into the office of the rector of the Athens University of Economic and Business (AUEB) in central Athens, sprayed slogans on the walls and threw flyers to protest police presence outside the building.

The attackers, who appeared shortly before noon, accused Rector Manolis Giakoumakis of cooperating with police to tackle the trade of counterfeit goods in the grounds surrounding the university.

“Such unlawful and undemocratic actions have no place in a university. The state must safeguard the democratic and orderly operation of public universities,” the rector's office said in a press release.

“The prolonged tolerance of continuous criminality that flourishes in the wider area surrounding the university's premises can only have negative consequences for the operation of AUEB,” it added.

Tsipras, Mitsotakis to clash over lawlessness in universities