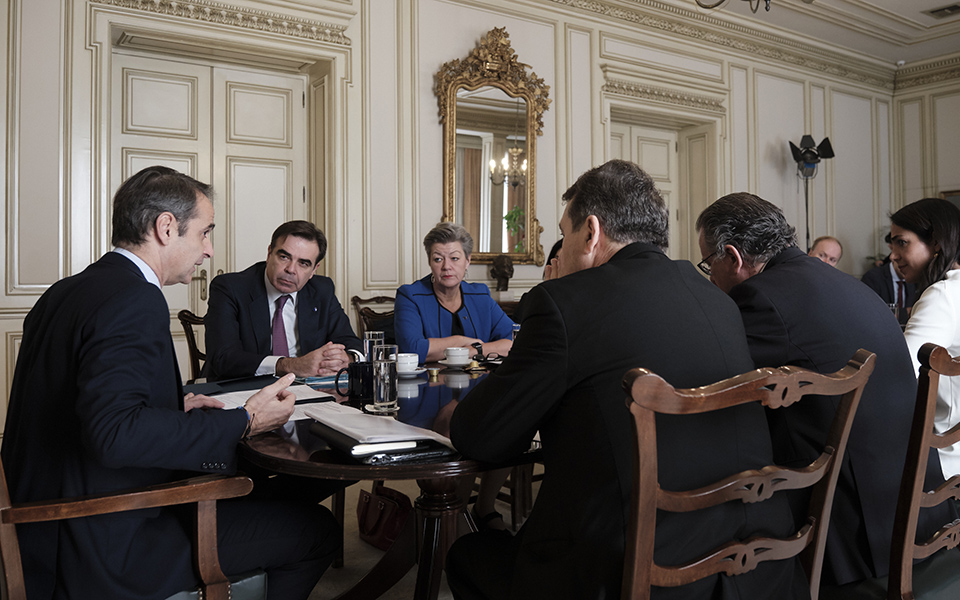 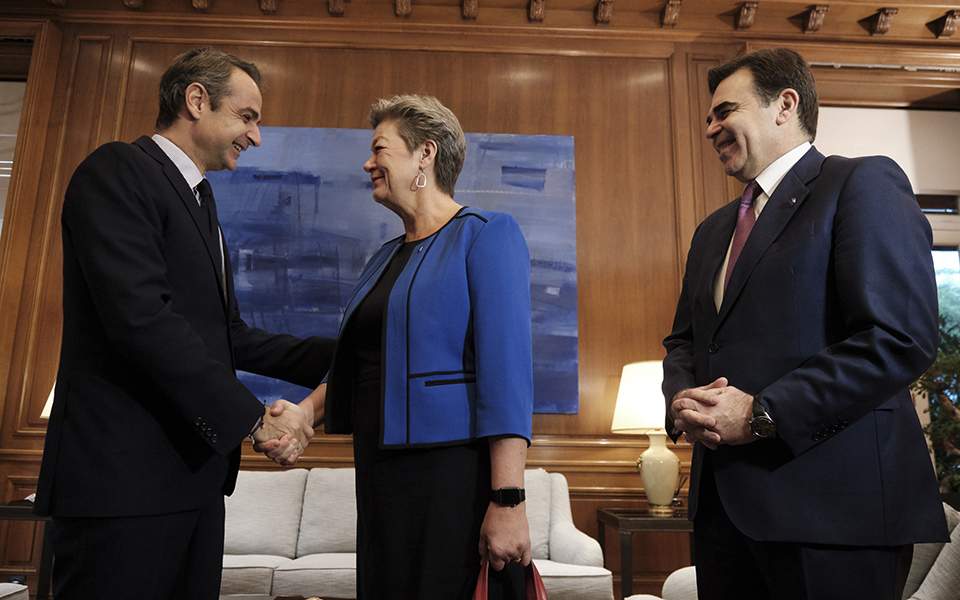 Prime Minister Kyriakos Mitsotakis told EU officials on Thursday Greece was relying on European solidarity to deal with the higher number of migrant arrivals and the handling of refugees.

"It is not a Greek-Turkish problem, but an issue that affects the European Union as a whole and we are looking forward to your help as well as a firm European Union policy to address the issue, and a successful cooperation between the Commission and the Greek authorities," he told the visiting Vice-President of the European Commission Margaritis Schinas and European Commissioner for Home Affairs, Ylva Johansson, during a meeting at Maximos Mansion.

"We want to be an important partner because we have a significant added value to offer. We have already begun presenting some ideas for a European return mechanism. Of course, we will ask for a review of the Dublin system and a reasonable burden-sharing in dealing with this problem. The ultimate goal should be a common European asylum system and we are ready to work with you on ideas and proposals to achieve this goal,” he added.

On his part, Schinas referred to the need for European solidarity and the new asylum pact being prepared by the EU.

"Our intention is to discuss three issues: the pact, solidarity, the situation as it is today and – of course – the EU-Turkey agreement – which are critical to the organized management of migratory flows," he added.

Johansson acknowledged that Greece was under great pressure, pointing out that this is a European problem and not one the country should face alone.

"We have this very difficult task of unblocking the situation, finding a common European policy on migration and asylum. Every week that this is missing, there is a high cost, especially for a country like Greece, which is under a lot of pressure, because this is a European problem, not just a problem for Greece."

The Commissioner also stressed that "refugees are suffering and [the] common trust in the Union is being shaken. So it is a very urgent matter to find a new way forward. I have to say that I am very pleased that the new government is taking many important steps for migrants, for legislation, and for presenting its proposals. So, I know that Greece will be an important partner in shaping the new pact."

The two Commissioners will visit Ankara on Friday for talks on the same issue with the Turkish leadership.

Minister vows to protect country from migration flows, not be blackmailed by Turkey

Greece to ‘shut the door’ to migrants not entitled to asylum, Mitsotakis says