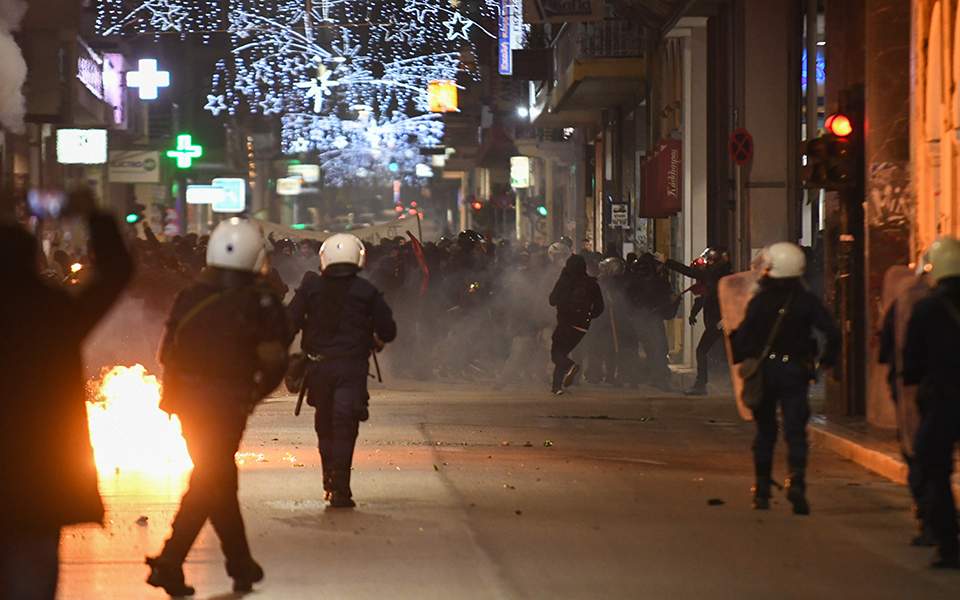 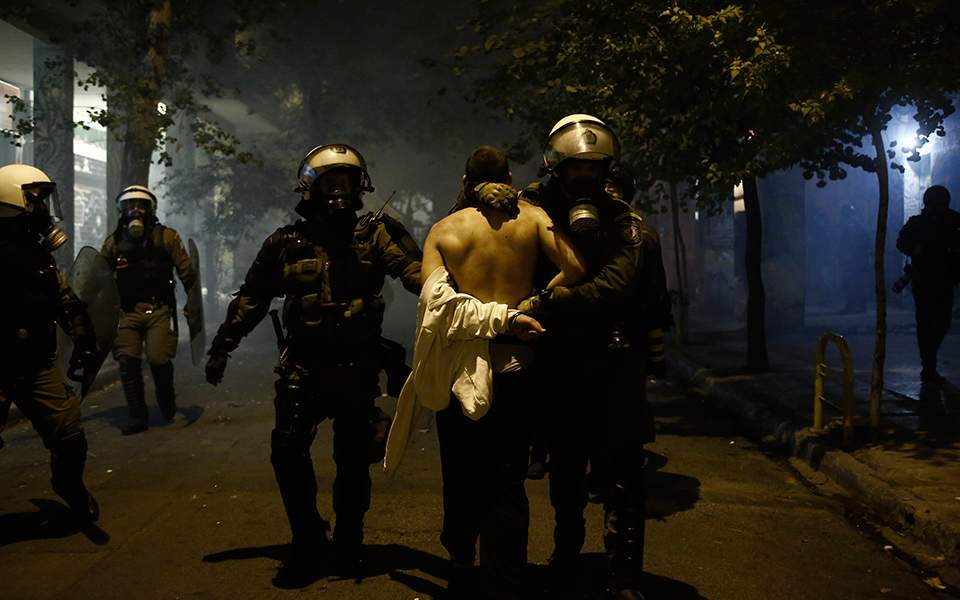 More than forty people were detained and 10 were arrested in clashes between anarchists and riot police in Athens on Friday night, after the annual march to commemorate the shooting of a school boy by a policeman in 2008.

Separate group of youngsters threw petrol bombs against riot police officers in Mavromihali, Solomou and Stournari Streets, while other anarchists on Exarcheia square smashed marble slabs and threw the pieces against the police.

Hundreds of officers and two water cannons are deployed in the area, along with a helicopter which is hovering over the district.

Earlier, a group of anarchists hurled petrol bombs against riot police units stationed outside the headquarters of PASOK party, at the corner of Navarinou and Harilaou Trikoupi Streets. Officers responded with tear gas and the attackers retreated towards the local square.

Police said about 5,000 people took part in an evening demonstration in the Greek capital that included members of anarchist and anti-establishment organizations, while earlier some 2,000 attended a midday rally organized by student groups.

Four bus stops were smashed during the march.

Similar scenes were repeated in the port city of Patras, in the northern Peloponnese, where protesters and officers clashed after the main march which counted about 400 participants.

Police out in force for anniversary of teen killing