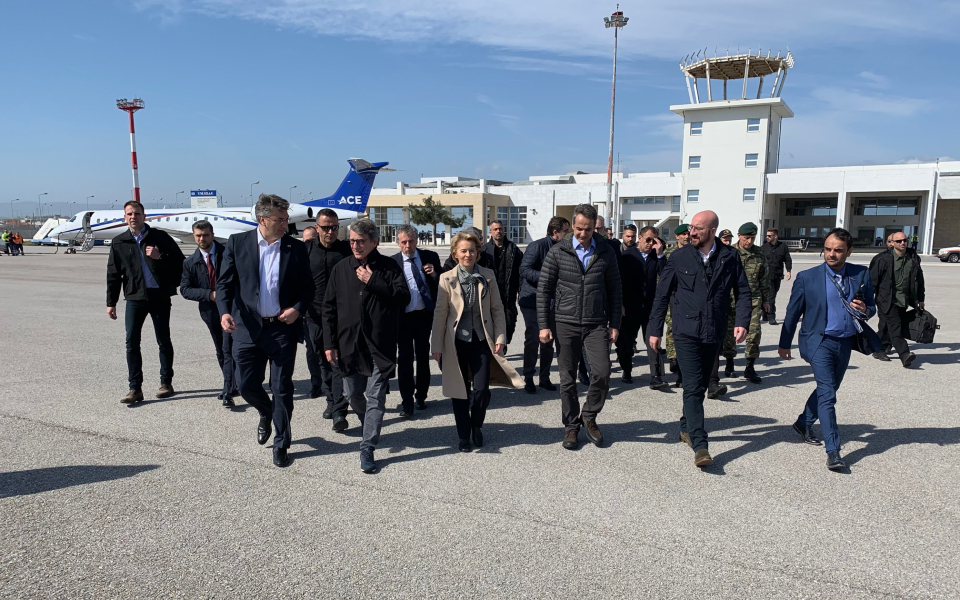 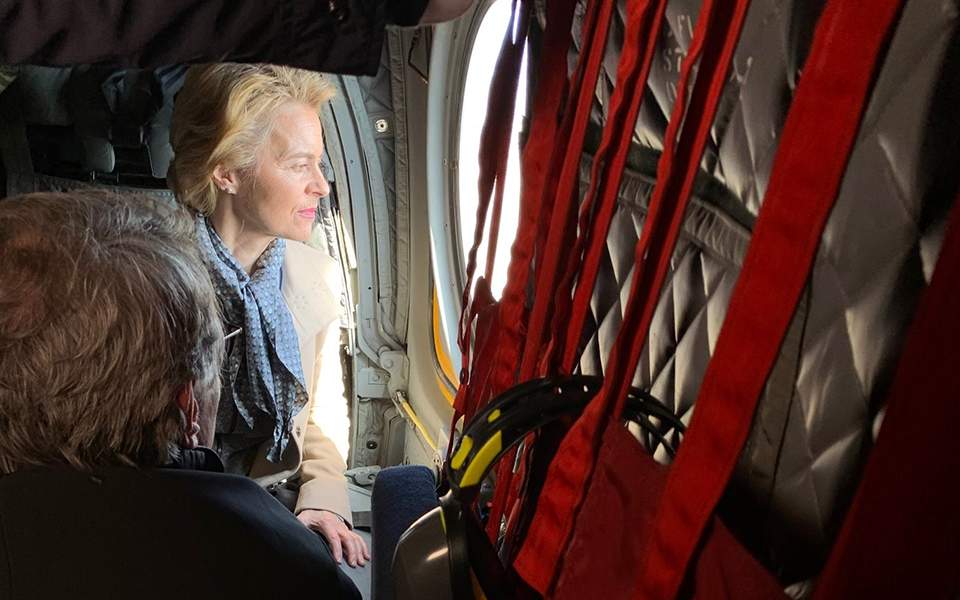 The presidents of the executive European Commission, the European Council (which represents national governments) and the European Parliament – Ursula von der Leyen, Charles Michel and David Sassoli – have arrived in northern Greece for a planned tour at the country’s land border with Turkey.

The EU officials were met at the airport by Prime Minister Kyriakos Mitsotakis.

The officials were expected to land at 12.15 at Orestiada for a briefing by the chief of the National Defense General Staff General Konstantinos Floros.

A press briefing was scheduled for 3.30 p.m. at the town of Kastanies, near the Turkish border.

The visit is seen as a show of solidarity with Greece as it struggles to hold back the new migrant tide following Turkey’s decision to relax controls on migrant movement toward the EU.

This is a developing story.

On the way to Greece with Commission President @vonderleyen and @eucopresident Michel. We visit the Greek-Turkish border together with @PrimeministerGR Mitsotakis to assess the situation. This is a European challenge, we need to respond with solidarity and respect for our values. pic.twitter.com/DH4uaDTtS3