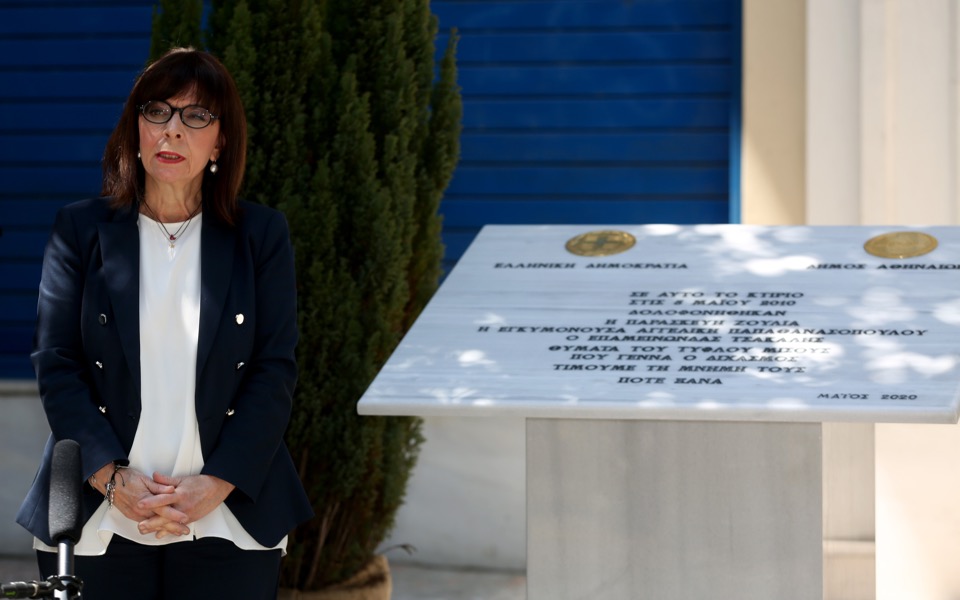 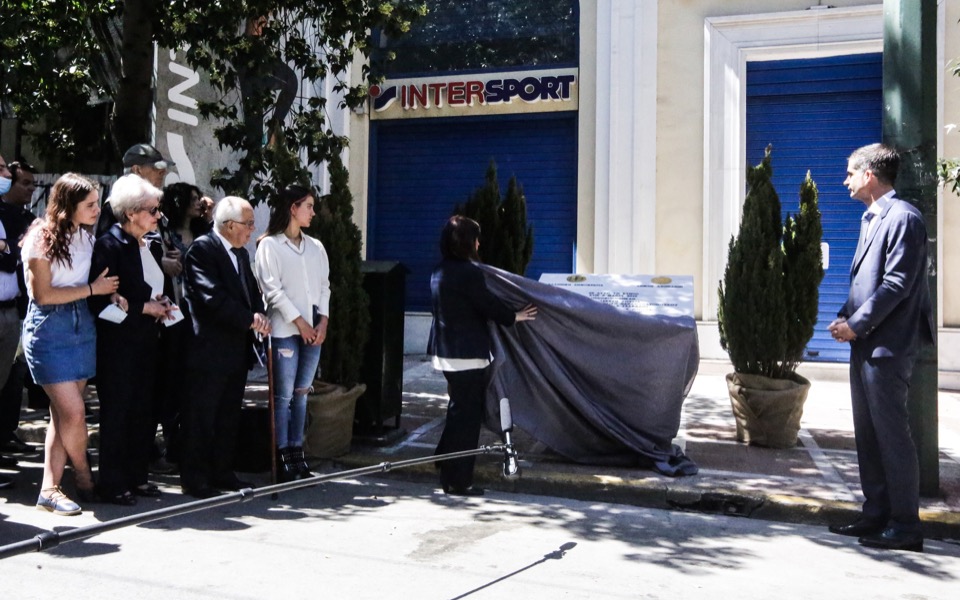 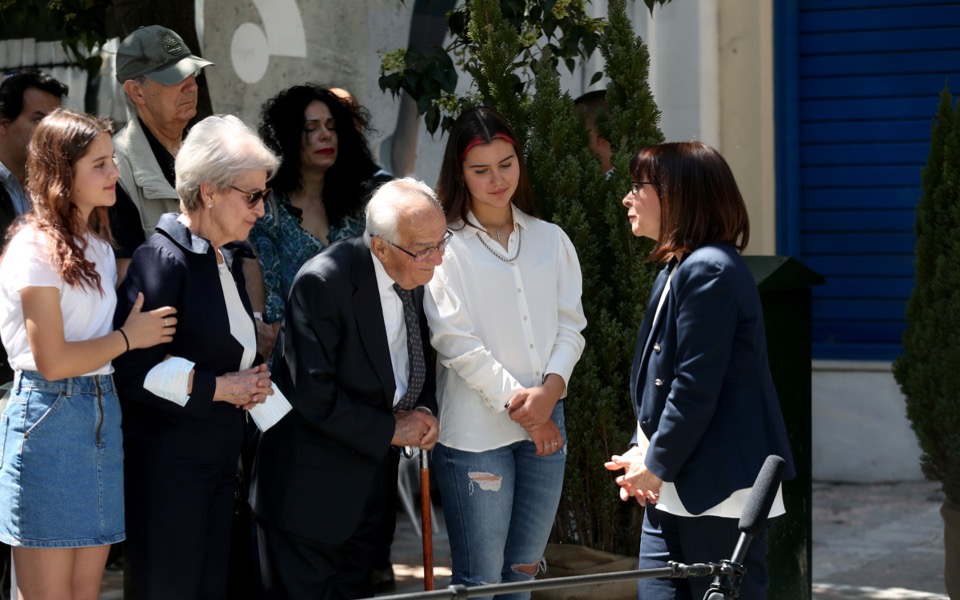 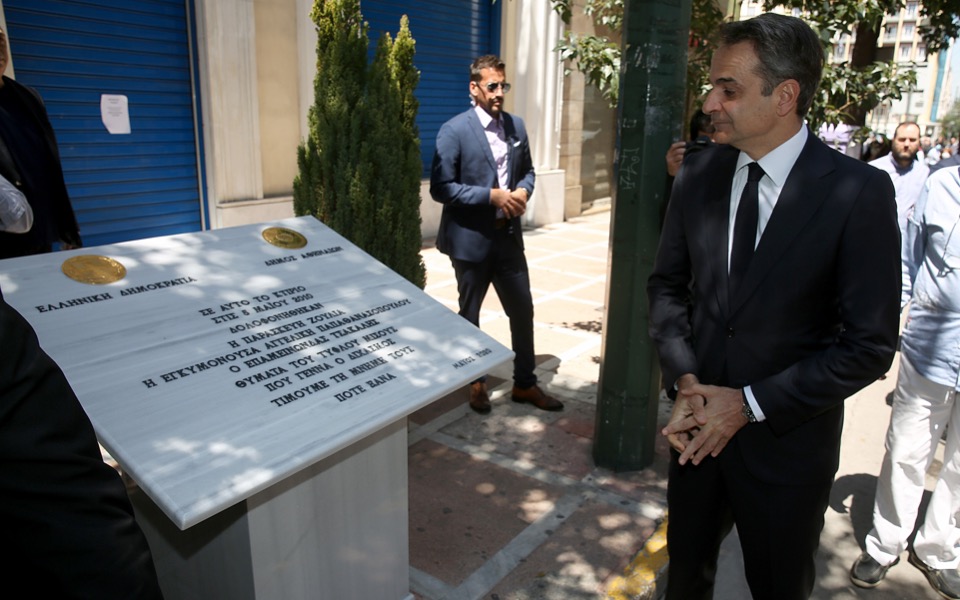 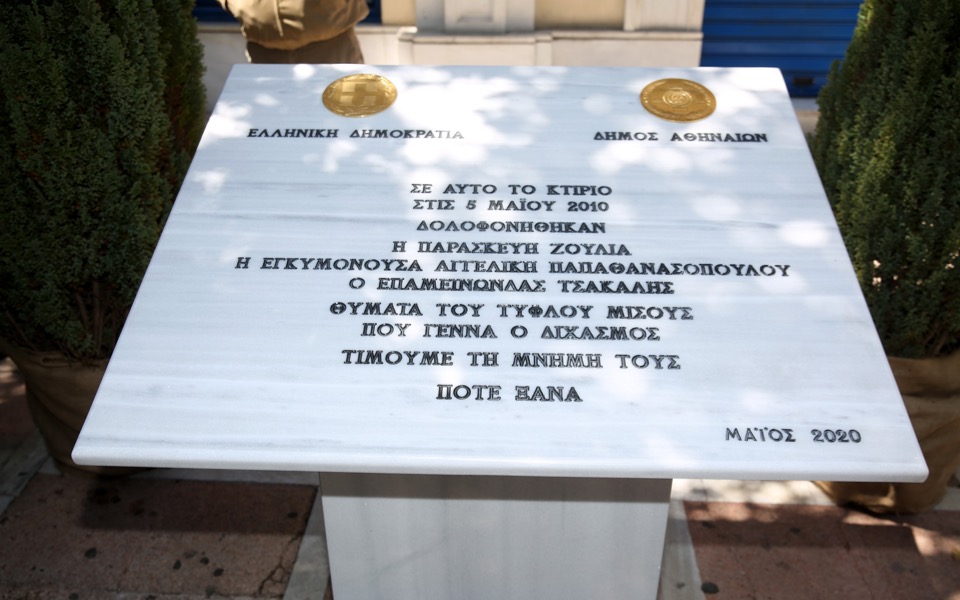 A plaque commemorating the three employees of Marfin Bank who died by asphyxiation when their branch was firebombed during a protest march on May 5, 2010, was unveiled in Athens Saturday.

The leaders of Syriza and the Greek Communist Party laid wreaths on the site earlier Saturday.

The three employees, Angeliki Papathanassopoulou, 32, who was four months pregnant, Paraskevi Zoulia, 35, and Epaminondas Tsakalis, 36, died of asphyxiation when the bank branch was firebombed by unidentified individuals taking part in a large protest march against the first austerity agreement Greece had signed with its creditors just days earlier.

The fire spread quickly and, although most employees made it out safely, some were trapped inside. Some went out to the balconies in visible distress but many in the crowd were chanting ‘Burn!’ to them for having shown up for work despite a call for a general strike on the day.

Firefighters could only get in after considerable delay, while journalists outside the burning building were attacked by anarchists calling them provocateurs for reporting casualties.

Mitsotakis announced earlier this week the reopening of an inquiry on the incident, for which no one has been charged. He also announced that the state was abandoning its appeal against the 2.4 million euros awarded to the families of the victims in compensation.

PM in Mati to commemorate victims of 2018 wildfires