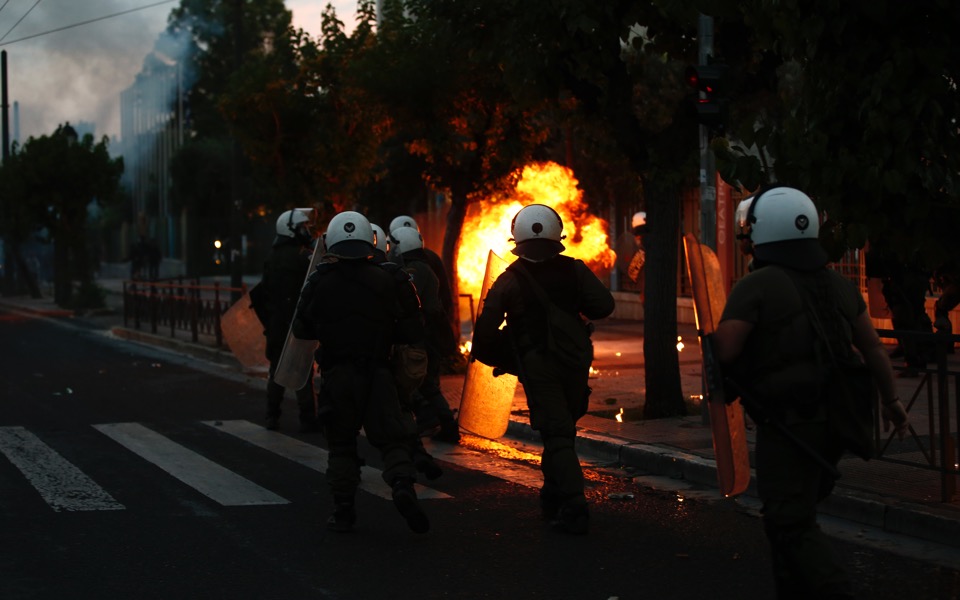 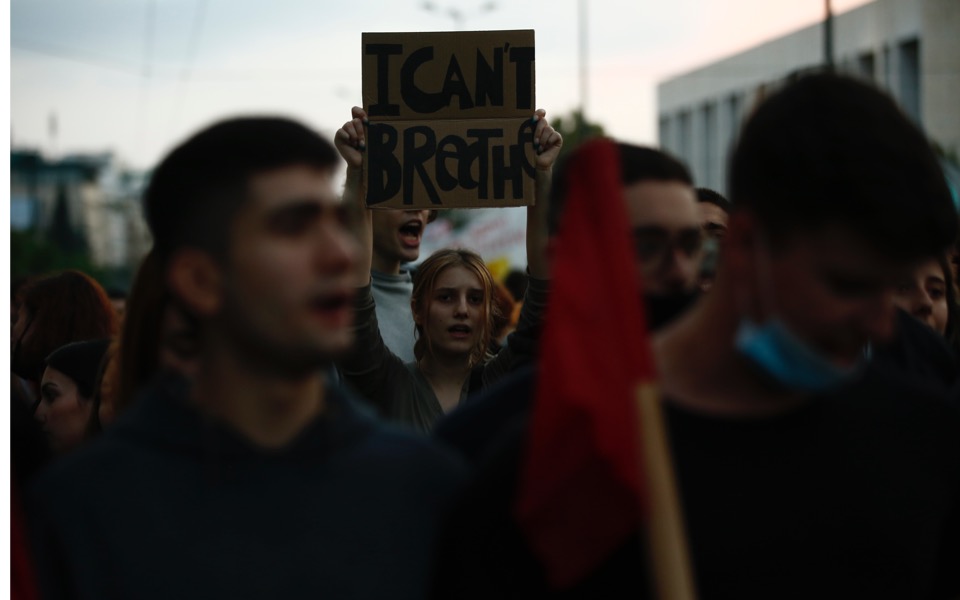 Protesters clashed with riot police officers outside the US embassy in central Athens on Wednesday night, during a march over the death of George Floyd, a black man who suffocated as a Minneapolis officer jammed a knee into his neck.

The march, organised by leftist groups, started from Syntagma square shortly after 8 p.m. Participants held banners with the phrase “i can’t breathe” and chanted slogans against police violence and racism in the US.

When the head of the protest march reached the embassy building on Vassilisis Sofias Avenue, a group of protesters broke away from the main march and started hurling stones and petrol bombs against officers, who responded with teargas.

As a result of the scuffle, the protest march ended sooner than scheduled.

Teachers to protest against education bill on Wednesday

Workers in tourism, food delivery to hold protest in Thessaloniki on Tuesday