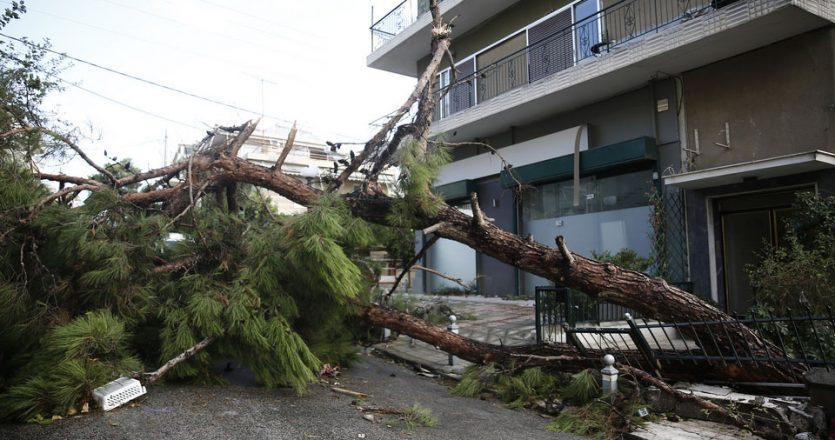 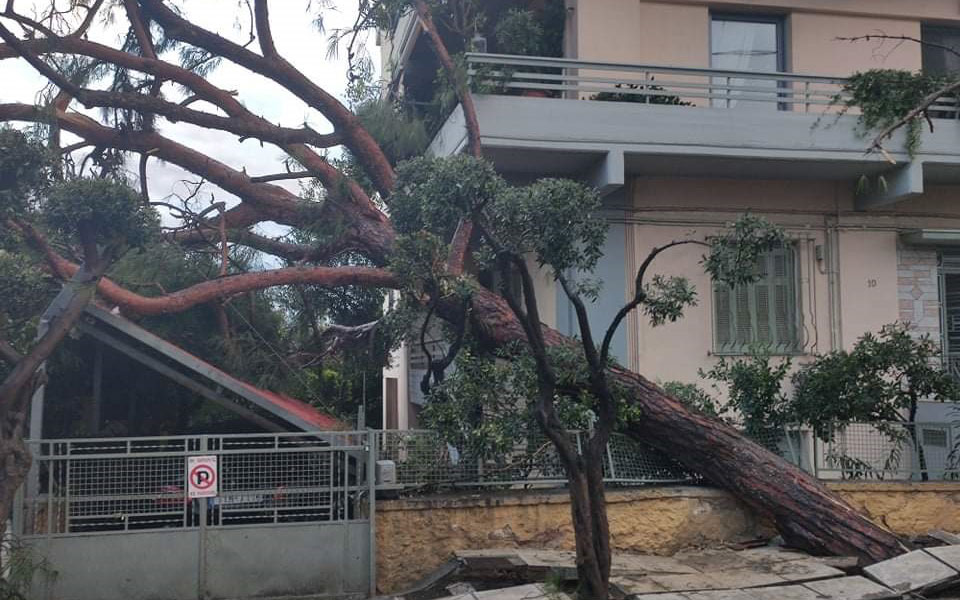 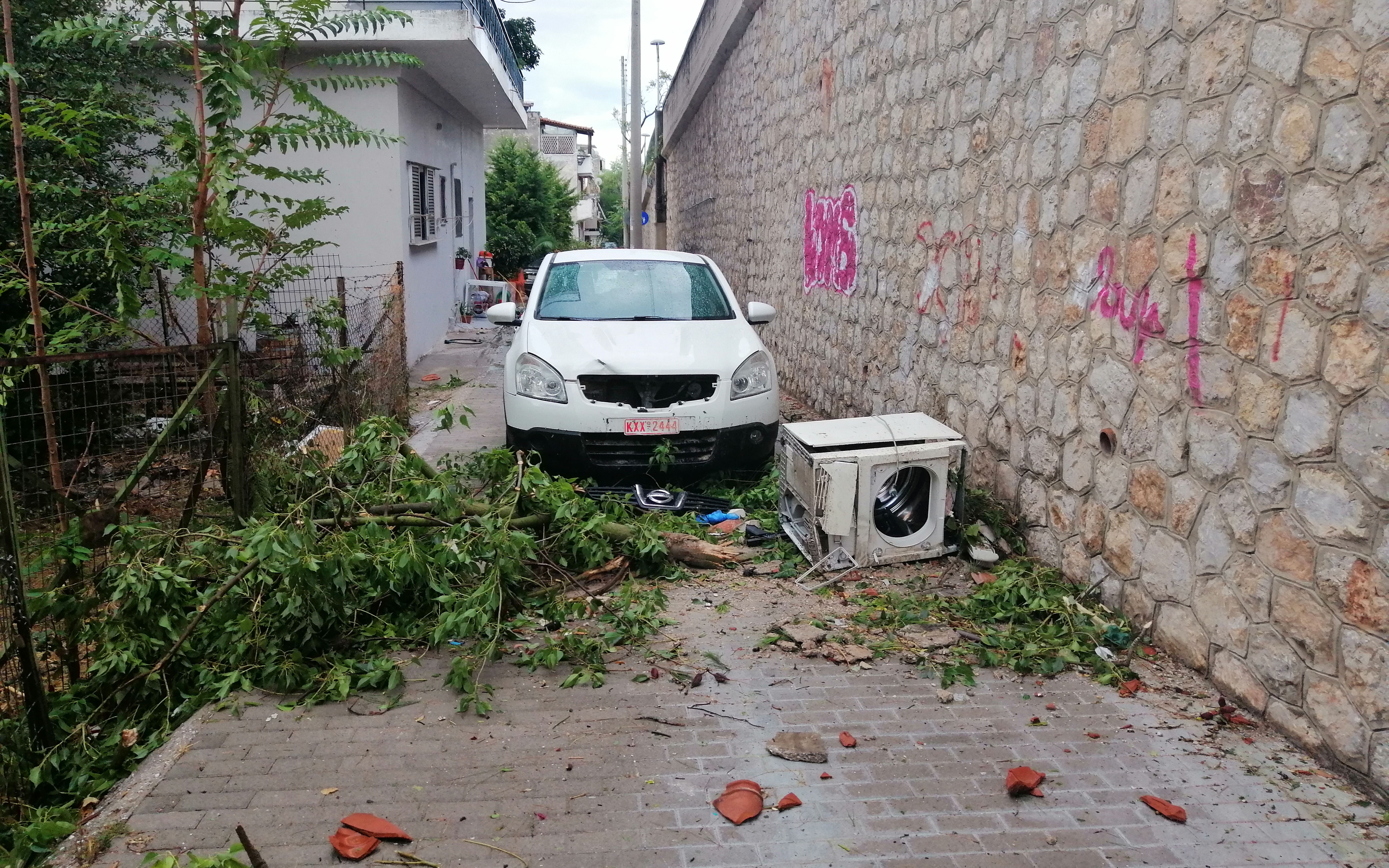 The downpour lasted a few hours and mainly affected the districts of Nea Ionia, Peristeri, Egaleo, Galatsi and Neo Heraklio, where trees fell, awnings were torn and roofs were damaged, while some houses were also flooded.

The Fire Service said it has received 148 calls, 103of which are for fallen trees, 27 to pump water out of properties and 18 to remove objects from the streets.

In Neo Heraklio, fallen trees on the main streets disrupted traffic and municipal crews have been dispatched to remove the debris and cut trees that are in danger of falling.

Electricity was cut in areas of Alimos, Argyroupolis in the southern suburbs, as well as in Neo Iraklio and Alsoupolis in northeastern Athens. Greece's power distribution agency DEDDIE said its crews is working to restore power in those areas.

According to the National Observatory's Meteo weather service, the highest rainfall was recorded at the meteorological station of Ano Korydallos with 43 mm and in the area of Tatoi with 33 mm.

The bad weather also hit many areas of the Ionian islands and western Greece on Monday night, with Corfu and Cephalonia receiving the largest amounts of rain.

Based on the available forecast data, the storm front will move over Thrace, the islands of the Eastern Aegean and Crete in the next few hours. Rains will continue in the western parts of the country but the weather is expected to improve quickly in the rest of the country.

Warm weekend lying ahead, with scattered showers in west