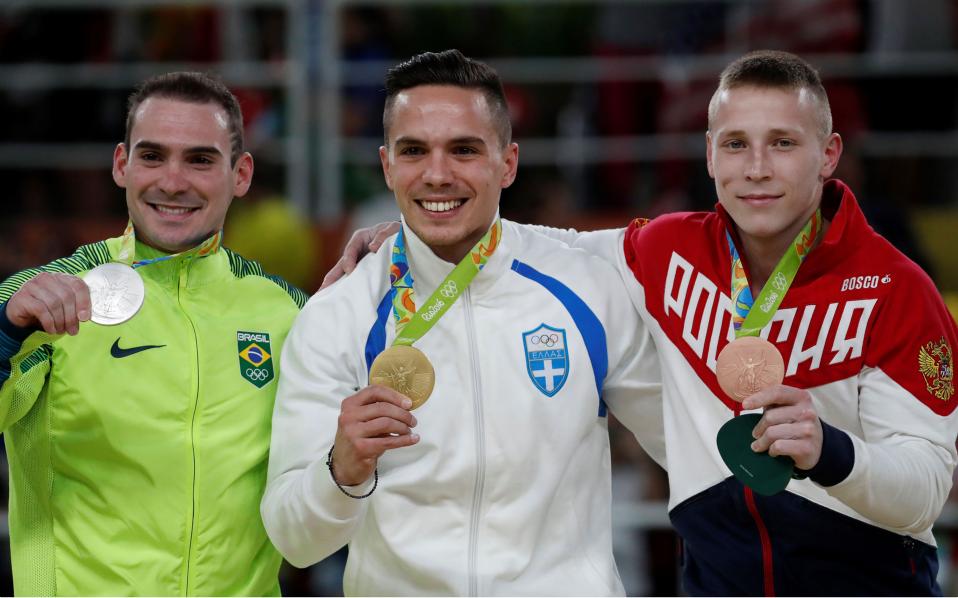 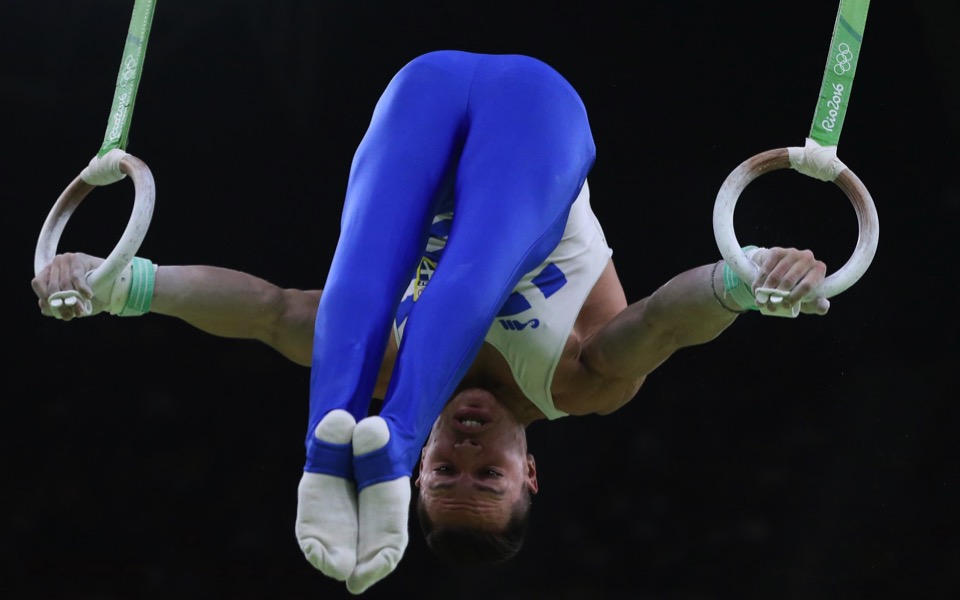 Greek muscle man Eleftherios Petrounias showed off his superior power in the strongman's event as he edged out local favorite and 2012 champion Arthur Zanetti to win the rings gold medal at the Olympics on Monday.

Petrounias added the Rio Games title to the world and European crowns he holds with a score of 16.000.

Zanetti lost out on the top prize by 0.234 of a point while Russia's Denis Abliazin had to settle for bronze.

Petrounias, showing off his bulging biceps and the Olympic rings tattooed on his upper back, delivered a routine that combined moments of perfect stillness with a rapid series of somersaults, his body unfurling like a ribbon.

There was not a wobble in sight as he held on to the Maltese cross – where a gymnast holds the rings with his body lined up horizontally – for what seemed an eternity before flowing into a number of handstands.

His face quivered with the effort, and every vein and sinew stood out in his arms as he held himself in the cross position.

Uncoiling for the final time, he launched himself into his dismount and on nailing it he saluted the crowd with a raised fist, confident he would become the first Greek since Dimosthenis Tampakos in 2004 to win the rings.

It was Greece's second gold in Rio.

"We worked very much in the details and to be stable and keep my face without expression, so this is a big deal to not move and hold the positions a little bit more than normal," Petrounias told reporters.

"And if you have a good landing, as I had, I think I might have been the only one who stuck it, that's how the 16 came. That was my goal from the beginning, my 16."

Six more competitors followed but none came close to breaching the 16-point barrier, despite Zanetti being roared on to the rings with chants of "Brazil-Brazil-Brazil."

China's You Hao, silver medalist behind Petrounias at last year's world championships, was expected to push him all the way with a routine that had the highest 7.000 difficulty score.

However, when he almost stumbled off the mat from his double twisting-double layout somersault dismount, his medal hopes were dashed and he finished sixth out of the eight finalists.

You's performance highlighted a dismal showing by the Chinese. The nation that won seven out of eight men's golds in Beijing eight years ago have captured one team bronze in Rio.

Unless You or Deng Shudi claim gold in the parallel bars on Tuesday, it will be the first time since 1980 that they would have left an Olympics without a gold medal in gymnastics.

Yuri van Gelder, the 2005 world champion, had qualified for the final but was a no show after he was expelled from the Olympics for violating Dutch team rules on alcohol consumption following the qualifying competition last weekend.

Gold for Petrounias in Gymnastics Worlds